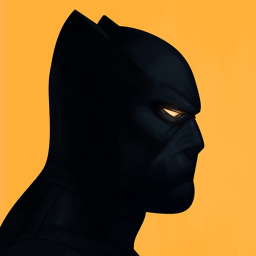 With social media constantly bombarding us with instantaneous updates about the everyday occurrences of everyone's lives, it is extremely difficult to stay spoiler-free from any form of entertainment.  Still, I do my best to steer clear of anything that may ruin a movie for me before I ever get a chance to see it for myself.  Hell, sometimes I don't even read the synopsis plastered on the back of a home release's artwork/case because I just want to go into a film as blindly as possible.  That is exactly what I've done here with Sergio G. Sanchez's thriller, Marrowbone.
Rose Fairbairn (Nicola Harrison) and her four children have started a new chapter in their lives, hiding away from their violent past.  After Rose falls ill, eldest son, Jack (George MacKay, Captain Fantastic), must do everything in his power to keep the family together and away from any more pain.  This becomes increasingly difficult as outside forces begin to take a toll on the entire family, in the form of a lawyer who won't give up and a haunting figure within the home itself.
I love my horror films full of gore and a high body count, but there is something quite refreshing about watching a film with neither of those things that can still deliver some intense feelings of suspense and dread.  Marrowbone does just that;  It is a film full of twists and turns that even the most keen movie buff will be surprised by.
While I wouldn't say the cast is a star-studded one, there are enough familiar faces here to get fans excited before the opening credits even begin.  Anya Taylor-Joy (The VVitch, Split), Charlie Heaton ("Stranger Things), and George MacKay ("11.22.63") are just some of the talented performers you will see throughout the film's 110 minute runtime.  I was incredibly impressed with every single actor involved in this film, which really played a huge role in keeping my attention during some of the slower parts of Marrowbone. The family dynamic between all members of the Marrowbone siblings is endearing and I loved watching each of their unique personalities bring something different to their extraordinary situation.
Marrowbone is a thriller with some supernatural elements very early on.  It is a ghost story; it is a psychological thriller; most importantly, it is a great film.
I am unfamiliar with writer and director, Sergio G. Sanchez, but I will certainly be on the lookout for any future projects he may be involved with.  Marrowbone is a film that everyone should be talking about, yet I see no discussions or rumblings about it online.  It is a shame really and I hope that this review will get at least a few more people watching and talking about it.  The acting is superb, the storytelling is innovative and creative, and the amount of twists will keep you on your toes the entire time the film is rolling. I wish I could say more about how the movie unfolds, but I don't want to run the risk of giving away too much.
If you are looking for a fresh take in the thriller genre, I highly recommend placing Marrowbone at the top of your to-watch list.  I promise you will not be disappointed.