For me, personally, this couldn't have been written any better. I loved it! I know not everyone will but for me it did the show justice. It was bittersweet and in line with how the show did things in all its seasons. When Hvitserk is given his new name 'Athelstan' I had to push back some tears. It's like the story has come full circle in a way. Ragnar took Athelstan with him on his first quest and now a son of Ragnar has taken place in Wessex as Athelstan, a name given to him by none other than his son.
Ivar's death was more heartbreaking than I could've imagined. I never thought I'd be shedding tears over him. He changed a lot during his time with the Rus and it is beautiful that he essentially gave his life to ensure that of Hvitserk. These two had such a deep bond and I wondered how it would conclude. I always thought one would kill the other but this was beautiful and tragic all at once.
The last scene of Floki and Ubbe on that beach was so well written too. When Floki tells Ubbe he looks like Ragnar, beautiful. Such a pure scene of two men with deep respect and love for each other. Ragnar would be proud of that.
Now if there is one thing I would like to have seen different it would be Ingrid, living her best life as Queen. I never cared for her though I can admit she is a force. She stood her ground against Harald and Erik but I think I never really warmed up to her because she got with Bjorn while he was already married to Gunnhild and I loved Gunnhild like I loved Lagertha.
I'll say goodbye to this epic adventure for now... probably going to re-watch it in the future and appreciate it all over again. 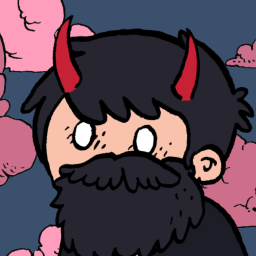 @marinka678 Yeah, I agree with you all the same. Really can't believe how well the show ended with the last two seasons not being the best at all.
Not sure how I feel about Queen Ingrid too. Never warmed to her character but honestly, it seems like they were just going for a girl boss moment and that's fine. I don't really understand why that other woman if sitting down on a throne too. Are we supposed to consider her Ingrid's new lover? This show really does have something about making all the 'strong' women into lesbians in that case.