Jackie Robinson as a superhuman archetype, standing up to fierce racism and intentional beanballs with the same level of quiet resolve and solemn dignity. It's the sort of movie that writes itself, for better and (more commonly) for worse: one dramatic figure stands against the perils of an acidic hive mind and slowly turns the tide. On the very few occasions where we see cracks in Robinson's veneer, the film is intensely interesting. That's the real draw, to me, how a fiery man struggled to tame his very loud emotions in the pursuit of an insurmountably lofty, important ideal. 42 only gives us a brief taste, sadly, choosing instead to invest its time in tired, overplayed vignettes (hey, it turns out southerners were resistant to integration) and a thin, after-school-special grade performance from its cast. Harrison Ford is a lot of fun as the brash, cocksure executive Branch Rickey, who chose to integrate MLB on his own volition, but he's so makeup caked and under-inspected that it's tough to see the role as more than just a particularly eccentric joyride. Mildly effective, with a few dashes of quality spice, it whiffed on the potential to be so much more.

amazing movie! these type of movies always bring me tears. and chadwick and ford really did an amazing job!

I'm so glad I wasn't brought up in them times... we are equal.... we are all human beginnings.. I liked this film, good watch. 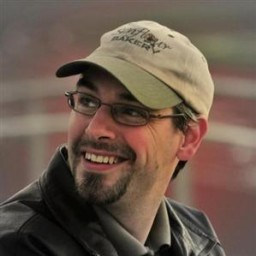 I just love Harrison Ford's role in this movie.

I love this movie!

so, this movie is about the answer to the ultimate question of life, the universe and everything? well, strap me in!

Awesome movie loved it from beginning to end. This movie is for fans of the game and complete strangers to the game We know as baseball.

This is one of my top 10 movies. An amazing and exciting movie! I do recommend to everyone, even if you are not a baseball fan. I can't find words to describe it, even in my native language.

A sports movie based on true events :O
Hell yeah!