I remember the incident this is based on and that was my main problem with this movie.

Why did they felt the need to americanise it? Maybe they feared the US audience wouldn´t care for something that took place over Germany and the air controller was swiss ? An inflight collision between a passenger plane and a DHL cargo plane. Of course two passenger planes are probably more drama. From what I know the ending is total fiction. The real life character went home after serving his sentence and became somewhat of a hero for what he did. So my main criticism is: I don´t expect a documentary but if you make a movie about a real life event please stick a little bit more to the facts.

Main reason this movie is worth the time clearly is Arnold.

A reasonable study of grief, with fine performances from Arnie and Scoot. Quietly powerful most of the way through, though the ending is hurried and slightly disappointing.

A wonderful dramatic performance, some people are surprised that Arnold has this ability but he's always been able to bring thios side of himself out.
Arnold is the best thing about this film, however it leaves so many unanswered questions, it jumps around so unevenly and just ends so sketchily that even though all the performances are above par it is hard to call this a good movie because it's poorly concluded.
It loses it's way about two thirds in and never recovers itself, the ending as it is could have been so much better.
Kudos to the cast for their performances, BOOOO! to the people in charge of editing and direction for failing so badly to give this film the conclusion it sorely deserved.

I remember the incident this movie is based on vividly, and I'm an avid watcher of the Air Craft Investigation series, so I'm actually quite familiar with the real story.

Aftermath is not true to that story. That isn't a dealbreaker of course, but I would have liked to see a little more of the real story when they were going to make the movie in the first place. Why they felt the need to move the locations and change one of the planes to a passenger plane instead of a DHL cargo plane I have no idea.

Anyway...for the most part Aftermath is actually quite a decent drama, and both Schwarzenegger and McNairy do a great job of conveying both the agony, anger, grief, and heartbreak of the main characters, but... there are a few things that didn't sit all that well with me.

First of all, my knowledge of the true story took some of my enjoyment away. I know it shouldn't, and I knew about the differences going in, but it still irked me throughout. Second, the ending (after jail) was lazy and not up to par with the rest of the movie, and it actually ruined the whole thing for me.

What could have been a rather good little drama flick ended up as one big meh...

This movie was nothing like I thought it would be. I watch movies/TV shows to Escape the reality my life & to be entertained. This is based on true events of two planes crashing with all people aborda dead.
Arnold Schwarzenegger plays Roman, a man who looses his wife & daughter with unborn child. It was heartwrenching in some parts. But I did enjoy him doing a dramatic roll. What a man!... OK off topic a bit -
As if it's not bad enough for Román to loose his only family, he is treated so bad by the airline. A few times during this I was thinking how would I handle this??!
Scoot McNairy is Jake was the air traffic controller who made a honest mistake. That killed many people when he caused the planes to crash. This man took it real hard, he even had the community turn on him.
We see both sides of this story, both tragic, both very emotional.

This is the first movie that I didn't like Arnold in. Not for his acting or anything, but more to do with the character. He's always a nice presence in movies, this however, gets to a point where I couldn't fully get behind the character actions and how he took things way too far.

Then again, maybe he doesn't ask for sympathy. I guess watch the movie and decide for yourself. Not recommending the movie, but seeing if any is feeling the same as me.

Story similar to The Sweet Hereafter with a meathead lead. 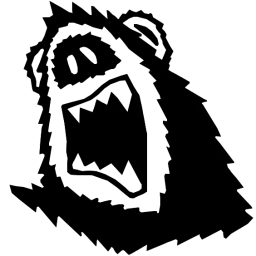 Terrible movie... Twisted every aspect of what actually happened.

Some great acting, especially from McNairy and surprisingly from Arnold as well. The story is gutwrenchingly tragic and considering it's a true story makes it all the worse. Some choices are made by the characters that makes it harder to sympathise with them, but it's quite human reactions and I appreciate that.

Arnie and Scoot McNairy make Aftermath at least worth a watch but a disappointing ending really drags this film down when all is said and done. Aftermath is a depressing movie and it remains depressing essentially through the whole runtime. Its a slow burn that I enjoyed most of the way through. Its just the finale that disappoints.