One of the best Batman animated movies I've seen to date, both the story and the animation are superb. 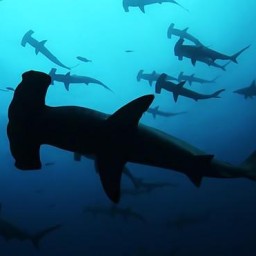 So disappointed by this movie. The Batman : Hush comics is my favorite Batman comics so far. Lot's of different characters, wonderful character design, good story. But this is a big Meh ! Lost of time, I go back the the book.

Waited a long time for this. Meh.... Still believe that Kevin Conroy should have voice Batman/Bruce. The story was on par but Jason just doesn't have the range as Kevin. I can kind of get on board with Jerry O'Connell's Superman but I'm constantly reminded that this is a re-imagination of the Batman and the league whenever Rainn Wilson's Lex Luthor is on screen. Was THIS the guy who saved the world from Darkseid?

So pissed that Kevin and Mark aren't staring in this....

The third act of this movie is terrible. How's the Riddler Hush? Doesn't really make much sense.

This is entertaining due to Batman and Catwoman. Otherwise they made too many silly changes to a good comic.
Spoiler: the villain should be Thomas Elliot. Instead he is one of Bruce’s good friends. Who is killed mid film. Which leads to a dumb twist to who Hush is.

dc comics is so fucking ahead of marvel irl it's insane!! dc please make real movies based on animated series even the remakes of really good animated series would be mad!! however keep these animated series coming!! they're great and very much appreciated by comics and other fans alike

take on the flick? had my left nutt tucked in my right nutt 11/10

I feel they’re really building a cohesive story from the pages of comics. It’s leading somewhere. Superman family having been extended, they’re focusing on the Dark Knight on this one. I love this new evolved animation style. It gives more emphasis to dialogues and expressions. Not that they lack good action here and there. The team up of Brucelina is really remarkable.

This is one of the best recent Batman movies. It connects Batman and Bruce Wayne's life in a new way. And not only does it present a nee villain in Hush, but it also gives fights with just about every other common villain. And not the typical over in 1 minute fights, but real intense fights. And then you throw in the Catwoman drama and it just made for a great movie overall.

enjoyable and well made however the changes made from the original comic seem unnecessary and hinder the story if you have read the original comic in my opinion. In particular, the scenes with Thomas Elliot seem pointless when, in the end, he's not the overall villain. That was entire point of the original comic - why change it? Seems like a change made only so the movie could conform with other DC animated movies.

In the end, Hush didn't do much damage i was hoping for (and maybe not at all after using all those pawns). Just one kill because of personal grudge. Not a fan of DC animated movies, i was hoping for a serious damage and trouble all around Batman (maybe similar to live action famous trio). Also didn't liked the romantic touch. They dragged it too far.

Pretty solid film. I'm happy with how much Damian this film had. Hopefully, we could get a little bit more of any other robin in future. I don't think Nightwing would've just been taken out by Scarecrow using his toxin. He's clearly an old hand at vigilante shit by now. But fair enough, you needed a way to take him out of the fight. Apart from that this is a great addition to the Flashpoint Paradox Universe.

I love Batman movies, but this one....not so much. The camera movement, the characters, even the soundtrack seems sloppy.
I expected something like was showed at Arkham games, or the comic.
The best part was lex Luthor dialogue.
I didn't like the ending at all, it surprised me, but not in a positive way.
you've the characters from the comic, but didn't used them in the right way.
Joker lines were funny, but I have to say I miss Mark Hamill voice
But this is still Batman, so I gave it a 6/10 because some elements were correct

Great animation and story but I think it's a bit to many characters involved. If those villains are downgraded to extras what's the point in having them anyway ?

Now the release date is September 30th! Talk about disappointing.