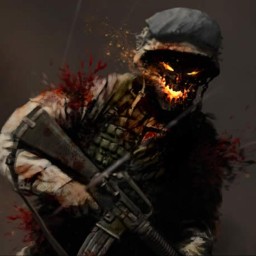 An unexpected surprise. The humour was spot on .

Great movie, great plot. I only thought it could be just a little less comic sometimes and also more focused on his scape, which was pretty quick to me. I wish I would get more tense. But the good part is that it leaves us with the question: "how the hell is he going to scape considering his condition?" That was very good. I wanted more of this feeling and also more suspense. But it was a good movie.

Ben O'Toole as Rex was great - he really carried the simple story along and it was a fun journey. looking forward to watching him in other movies.

Generally horror films stick pretty close to the tropes of the genre, but Bloody Hell wanted to try to toy with some of the conventions of the genre, to varying degrees of success. The opening of the movie seems to set up a completely different film than where this ultimately goes, but does establish a few things that come into play later. Unfortunately, after the odd set up and initial reveal to set up the main plot, things get a bit slow until you hit the climactic end of the film which, oddly, ends up being a completely expected finale. After giving some curveballs throughout the run of the movie, it was weird to have such a standard horror film finish. Genre fans should enjoy this, but it's really not going to have a big audience outside of those circles.

Do not watch the trailer. This movie is amazing. I almost didn't watch it because of the trailer. I'm glad I did. A plus. characters were great and filmed fantastic

Took me so long to finally watch this.That was a bloody good time! Bloody Hell is a stylish gory fun filled Australian horror film that make good use of horror tropes! It creatively combined action, horror, and comedy into pure madness. The story is actually really simple but how it's told is very unique and very engaging. It has some terrifying moments but knows when to break the tension. It anchored by a solid performance from the lead. Ben O'Toole was just so fun to watch. He has wild energy and he manages to create the dynamic between his character and his alter ego incredibly well. All the characters have their own silliness that make them really fun to watch. I absolutely loved it!

This is a great movie. With a bit more money a top movie it will be. i hope for a sequel.

This film certainly had some interesting moments but I don't see myself coming back to it anytime soon.