It gets surprisingly emotional after a while, which adds up to the important premise that hate has to end at some point. But what showed me that this movie is better than I thought it was at first, is that it works on so many levels; there's a message for kids, parents, politicians, artists, etc.

It doesn't matter how many times you watch it, it's still just as powerful. Singleton shows off just how skillful he is at storytelling with this amazing debut. The themes of responsibly and the struggle of day to day life are masterfully crafted.

This is a weird one to rate. The story was great, and it got more and more intense as the movie went on... but it was filmed like a Hallmark movie. Fishburne, Gooding, and Ice Cube were awesome as expected, but the acting was immensely lacking from everybody else. Not to mention the score sounded like it was out of some family Christmas film. There were also some horribly cheesy lines, and a lot of unnatural dialogue throughout. I think if a great director and writer remade this movie while changing as little as possible, it could be one of the best ever. 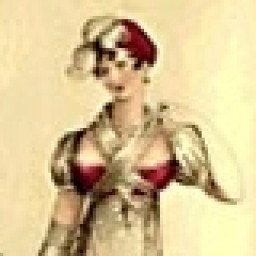 This film is very much a product of its time. It has important things to say, but sometimes it just comes out and says them instead of making them part of the story. A bit too on the nose at times.

Remarkable film from first-time director. The film spawned several 'urban gang flick' imitations in subsequent years, but most glorified violence and placed an emphasis on a loud soundtrack and sexual explicitness at the expense of strong plot-line, good character development and a serious social message.
All three are to be found in Boyz N the Hood.

First ever to watch this. I loved it. Compelling

Heavy on the 90s but decent

Film based on real life with a lot of history behind it.
The best part of the film was the plot, of course there are some problems with the script, some less interesting conversations.

The acting of the secondary and remaining characters left a lot to be desired.
The score was far below expectations.

It deals with important issues but hasn't aged the best.

I liked this movie mainly because it provides you so many important messages..Also i liked acting perfomances especially from Cube and i reccomend you to take a look in this one. 7.3/10

Been on my list for sometime.. finally got around to watching it thanks to Netflix... a good watch... super cast... good message... the events still happen today in the real world... i think this world needs to wake up...