Here it is, another proof of how Tom Hardy is one of the best actors of his generation. In Bronson he is absolutely magnificent! This film is Tom Hardy. Without his amazing performance this film wouldn't have been so good as it is.

What is more amazing about the story of this film is that is actually a true story. The story of a man born by the name of Michael Peterson, that later chooses to be entitled as Charles Bronson. He is considered one of the most violent English prisoners ever.

In the film we can see two different types of man. The man who has a more soft side, the guy that can deceive you showing what apparently seems to be a calm man even behind his robust and muscular figure. And the violent and angry man that is able to transform himself into a lunatic. Tom Hardy was able to portray this two sides in such an excellent way! We can totally feel through him the character's anger but also the character's emotional side just by the look of his eyes. See a vulnerable side of such a tough man was what I think it was more interesting in the film, I liked that.

Doing a film about a man who constantly beats up prison guards with no apparent reason might be very difficult because we definitely can't understand why he grew up with such anger inside of him, of course we can take our own conclusions and after all there's a lot of violent people in the world with no reason for it, but there is no big resolution for this story actually if you research about the real Charles Bronson he continues to be in prison, so my main complaint about the film might be the repetition of some scenes. Scenes that you already know how will end but that will not prevent you to be entertained all over the way and with Tom Hardy's fantastic performance it is completely impossible not to like what you are watching!

Nicolas Winding Refn is definitely a very stylish director that likes interesting and bizarre stories. Bronson is a "one man show" film with a very strong direction. 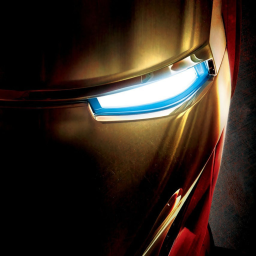 A poster quote proclaims "A Clockwork Orange for the 21st Century"; a big call. I totally understand where they are coming from, right from the get go it has a feel to it that is reminiscent, but it lacks the wider social commentary.

Tom Hardy is Michael Gordon Peterson, the most notorious and violent prisoner in England. The film follows his calculated rise to infamy, along the way taking the moniker “Charles Bronson”. For as long as he could remember he wanted to be famous; he couldn’t sing, couldn’t act, but he sure could fight. At 19 he was sentenced to 7 years for robbing a post office, but his actions inside led to him being confined in a succession of prisons and institutions for 34 years, 30 in solitary. He saw prison as his hotel and he flourished.

Hardy is remarkable, bringing gravity to both the role of Bronson the prisoner and the Bronson the narrator. As the narrator he stands on a stage before a black tie audience. I found this aspect fascinating, with insight to his mental state. He is theatrical and funny, but unhinged and can turn in a heartbeat.

The sense of A Clockwork Orange sits firmly with Director of Photography Larry Smith who cut his teeth working on Kubrick’s Barry Lyndon, The Shining and Eyes Wide Shut (too often overlooked). It is a dark film, but skilfully Smith never lets anything get lost into the murk; he frames shots with deep black, particularly the narration, which draw you close and puts you in the room with the increasingly unstable Bronson.

This movie is absolutely insane. I love it. Tom Hardy is a fantastic actor. He's probably my favorite actor along with Christian Bale. 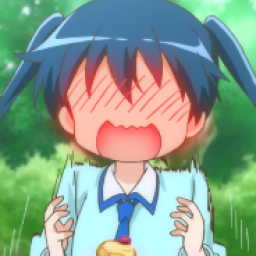 I liked it. Started off really well, died down a bit mid way but then ramped up before it got bad. Would have preferred it to end on his smile though, the extra scene in the tiny cage should have been dropped or added before the smile.

It's official: Tom Hardy is now my most favorite actor!

The performance her delivered in this movie is absolutely incredible..... I mean "OH MY GOD" :O
To me this is on one level with what Heath Ledger did with the Joker in "The Dark Knight" if not even better.
Both came out in the same year, but "Bronson" didn't get nearly as much attention as TDK. Probably because this movie is from a british, with a british, about british, in ... quess what.... jap damn right in Britain.
Honestly in my opinion Tom Hardy should've gotten more then just 2 slappy awards. What he did was crazy!
The scene where he's standing on the stage with the two-face makeup - having a dialog with himself like he has a split personality... maaaaan - I said it before and I'll say it again: Oh my God!
And that's just one scene.
All the way through he delivers a shocking convincing personification of a brutal fellon.
Brilliant, just brilliant.

On the other hand I have to say: This movie is the oposite of a "feel good movie". It's full of aggression, brutality and hate - sooo yeah... not very uplifting. I had to watch a comedy right afterwards to get relief of it :)

Anyways, I've got to known Tom Hardy for the first time in 2010 "Inception", after that "Warrior", then "TDKR", "Lawless" and now "Broson".
He's always killing it - but this is without a doubt the best I've seen, from him OR any actor so far!
Hands down.

Haha yes what a brilliant movie! Tom Hardy was hilarious in this role. Also absolutely loved the music

What a treat this film was. Britains most noturious prisoner story told in rock n roll style. No downtime, no boredom. The spazzes dacing to pet shop boys is worth price of admission alone.

“Bronson” reconstructs the life of Britain’s most famous inmate in a stylish, deadpan humor-infused fashion. The film goes around in circles for its whole time, but is quite entertaining indeed. Despite the extreme violence, the dance scene in the psychiatric facility somehow manages to be the real climax. I also found the various narration scenes at the theatre to be very tasteful. Everything is on Tom Hardy’s shoulders, but he pulled it off perfectly.

I've not seen this film in awhile, still a mad film and good performance from Tom Handy.

This movie is a little slow but has some style. Tom Hardy is just fantastic. He really goes all out in this movie. (he hangs full dong)

'Bronson', from the director of 'Drive'; a movie with Tom Hardy where gets naked and beats people up.The story's based on a real person who was commonly referred to as "Britain's most violent prisoner". The film is not only hilarious, but it's often very weird... With strange stylistic choices that are rather fitting considering the story's being told through the perspective of a madman. It's well-acted. With Tom Hardy putting on a very great main actor performance. It's well shot with Nicholas Winding-Refn beginning to define his style with this movie. Some flaws are that, sometimes it may get overly violent. Even though, I am a man who loves to see a alot of violence. I felt that at times it was detrimental to the scene and did not add to his character. It's a reason it is called a "fight scene". Some of the actors, (other than Tom Hardy) were pretty questionable and at times bad. But luckily, Tom Hardy's entertaining personality and character was able to save any noticeably bad performances. And some parts of this movie can get a little fucked up. So if this looks like your cup of tea I would suggest checking it out.

Tom hardy is one of the best actors that's for sure but what this film tells is beyond me.
story telling is an art and sure the narration was alright but where's the composition or the conclusion. maybe the writers should have taken more time with the story/plot.

& one more thing if Bronson is such a homophobe then is he naked every time he fights!!

This movie has been on my personal watchlist for quite some time now, but i kept putting it off until i completely forgot about it.

That is, until i read MajorMercyFlush his review. Excellent review! Without actually revealing any spoilers you perfectly summarized what i already read about this guy on Wikipedia and a few other reviews.

This movie is now back my to-watch list and i made a promise to myself that i would watch it before the week is over.