This is based on the 7 minute short film with the same name. The idea behind this movie isn't bad at all but the whole story is not enough for 104 minutes. It's incredibly long-winded, the longer this movie gets, the more it takes away from the simple yet clever and rather empotional resolution. Taking away the impact of it in the process.

Just meh all around due to the length.

Freeman is excellent as the father trying to protect his daughter, and he is surrounded by an accomplished cast, whether they are alive or undead! Nothing original here - how can it be when there is a glut of zombie movies and tv these days - although this is less a horror movie and more of an emotional drama.

Well there’s always a first in everything. One: (Martin freeman) in an infected film, He felt out of place at times because of not being used to seeing him in that type of film but he walked it off with a dead good performance along with the rest of the cast. Two: I got emotional, at first I thought i was infected but really I cried at an infected film but i’m not surprised it got me in the feels with It’s heartwarming ending.

Well the first 15 minutes of the film don't make you think that this is a zombie film and for those of us who didn't see the trailer they kind of rely on that to use the element of surprise on the viewer.

Now, to the film, I really enjoyed the first 15 minutes, as it was kind of a slow paced act, I enjoyed it because of its suspenseful moments and how they started building the plot into the action that was to come.

Going into the second act, I was really unsure on how the story was developing, I was afraid that this would end up like the vast majority of zombie films, with the cliches we all know about.

And it did, the film is full of cliches that we can find in the vast majority of zombie films. That said, I still enjoyed every minute of it, It's no masterpiece, but It's good enough to keep you entertained.

What I really liked was the ending, although a little bit predictable, It was solid and very well edited.

The acting was good, you don't need to worry about that, I really liked Simone Landers performance as "Thoomi" for some reason.

If you haven't seen the film I would give It a try, It's a Netflix Original btw.

A hidden gem in Netflix! At certain points, the scenes seem disconnected and a bit weak, but overall the story is lovely and Martin Freeman does a great job. A lovely little poem to family love.

This movie and "Train to Bussan" have the same base idea, and they both managed to make me cry. Stop ruining zombies for me, people! ;)
(Note: I LOVED both movies!)

Was a good film, not scary but sad. Really enjoyed watching it.

I liked this movie a lot more than I thought I would. It had a story line based on intense emotion and incredible acting. Although, I do feel it could have been shortened to a TV movie length, it doesn't drag on, and I think the length of this movie plays a pivotal role in allowing the audience to feel the fullest extent of emotions.

This was a new type of roll for Martin Freeman, but he was nothing short of excellent, and I love how towards the end, the director circled back to where it all started; on the boat. I felt that this helped reinforce just how much of a journey and growing the characters went though.

I’m bored to death with series like The Walking Dead, yet stilll this manages to captivate the human aspect (read: drama) better. This film is a good last breath in this already stale genre..

zero no dialogue no sound this movie is not worth it :) don't loose your times I stop after 15 minutes and it's enough

An interesting mix of The Road and a zombie apocalypse. Martin Freeman is really good. The zombies and the symptoms of getting sick are unique. The movie is a little too slow. Worth watching if you want to see a different kind of zombie movie.

Enjoyed this movie a lot. Recommend it!

It is a sad film. But the actor doesn't seem to fit the role

Yes, we get it, you think zombie movies are tired and played out. You’re not wrong, but there is still some life (get it?) left and Cargo is a solid entry in the genre. Martin Freeman continues his white apology film frenzy started with Black Panther in this film that uses the zombie genre to comment on racial injustices of the aboriginal peoples of Australia. While this is a hot take and true to the zombie film aesthetic some of it is a bit on the nose. I mean these zombies or “diggers” literally dig holes in the ground and stick their head in, seemingly because they are sensitive to light but we all know they are trying to ignore the sins of the past. Enough about the subtext, the movie does a good job of dropping us in a lived in apocalyptic world, part Last Of Us and part, well Last Of Us with a baby. I know I’m being a snarky dick here but this movie is worth checking out, it feels like they accomplished a lot with very little and Martin Freeman is fucking great in it. Get your CAR, GO to your living room and fire this up on Netflix

What a stupid and boring movie this is. 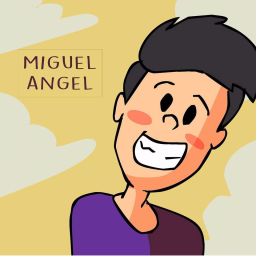 It's a very good movie, very different from the zombie movies we're used to see, hope to se more movies like this or maybe a sequence.

While somewhat watchable I'd agree with any mentions of that this is quite slowly paced for what in the end is nothing more than things done a thousand times before... It's more a road movie (that somehow doesn't concern itself with those issues) than anything horror as one might expect from zombies. I'm willing to overlook all the convenient timings in this ;)...

Nice movie , definitely sad, and as said a different one. worth watching.