Some plots might not make sense but the script for the father is perfect lol
Moral of the story
- use an iPhone instead of android phone
- ‘jailbreak’ is a term used for ios. For android we say ‘root’
- using drugs properly can trick the demon 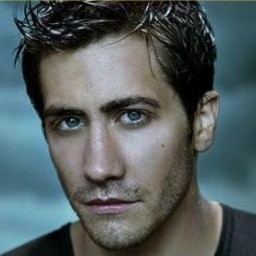 I liked it more than I thought I would. Countdown is a movie riding on the tattered coattails of Final Destination. The girl from Netflix's You stars as a nurse who downloads an app that predicts your date of death. As soon as you deviate from your set path, a spooky spooker comes after you.

I appreciated the movie actually creating scary CGI stuff. The kid's feet breaking backwards was quote a scary one, as well as the demonic forms of previous victims and deceased individuals showing up was good. I did find myself a bit disappointed that the people weren't terrorised as much as they could have been and the jump scares were the same predictable ones happening in silence/with no background music.

I liked the protagonist and some of the supporting characters. The creepy doctor I think probably wasn't a good cast, it's the dad from twilight coming to play another doctor. He looks really short and like his neck is bulky and weird. The priest was fun but more of a wet dream than anyone real. I have been on a bit of a demonic kick recently so I'm glad to see also religious characters who don't believe in demons.

The music was pretty cool throughout the movie also.

One weird thing is I thought the black guy was names Matt. When they find his name on the computer I thought it said Derek King...and the black guy says hey that's my name? Maybe I was misreading it.

This was surprisingly good... Had low expectations

Much better than expected. I’ve watched other horror films which have tried tying in modern technology and they’ve been pretty poor, with the only exception being The Grudge’. Now this certainly isn’t in the same class, but they actually pulled it off reasonably well, without it being cheesy...I expected cheesy and was proven wrong.

Had a few jump scares and it kept me entertained.

It’s not phenomenal or brilliant, but I enjoyed it. Passed a little while of my evening which would have been utterly boring without it.

I suppose it reminded me of The Final Destination film in a strange way.

pretty entertaining, though it took the entire movie for it to click that the lead was beck from you.

Not a bad little film. Predictable from the jump but still well done.

I avoided this one for awhile and decided to watch it on a whim today. A lot of it doesn't make sense, but it's generally entertaining. I had zero expectations so temper yours accordingly, but it's decent if you can overlook some silly goofs. Tom Segura was great and it was a bonus to see him here as a fan of YMH. Fun little cameo at the end as well. 6.2

Despite the VERY CHEESY ending and some of the weirdest storyline choices I've ever seen, "Countdown" is actually a pretty fun movie to watch. Of course, you have to turn off your brain in order to have fun, but still... It's was overall a lot better than I initially expected and I'm kinda excited to watch a second part.

WTF was the purpose of the Doctor (Dr. Sullivan). His character just felt so out of place.

Matt ... (actor Jordan Calloway) .. holy cow. what a sexy man. I kept watching because of him 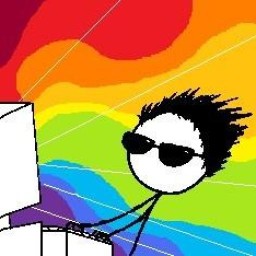 Final Destination...light. Very light. And not good. More like a Cheeseburger. Without cheese and bun.

'Cheap jump scares? There's an app for that.' Unfortunately, it's bloatware.

When your whole conflict is based on, "The Devil is the Prince of Lies, so if we make him lie then the curse is lifted," you know what kind of film you're in for. This Final Destination malware has a competent cast who gets hung up on the terrible storyline. Fortunately, this unremarkable cash grab is easy to delete from your memory.

(Oh, and don't get me started on how badly time is dealt with. The Countdown app says 90 seconds and 10 minutes later the Countdown is at 75 seconds. Ugh. :person_facepalming_tone3::nauseated_face::face_vomiting:)

Definitely feels like it's trying to be a successor to Final Destination, but without the Rube Goldberg-esque deaths it doesn't pack the same punch.

No. Just No. I wish I could go back in time and stop myself from watching this movie. Not because it was bad, it had a pretty basic, decent plot with a good pacing BUT I don't ever want to see these demonic type of movies, they scare the living sh*t out of me. I thought that this was more thriller than horror but it turned out bad for me.
That said; plot wise I felt it was too easy to beat the demon. By killing yourself of someone else before your time, meh. I mean it is a supernatural being and it keeps swooshing and sweeping people around and when Quinn tries to hurt Dr. Sullivan it eagerly stops her from doing so YET it can't stop Quinn from putting a needle full of drugs in her arm? Also, she found a loophole that saves her from actually dying... I wasn't feeling it.

Despite the VERY CHEESY ending and some of the weirdest storyline choices I've ever seen, "Countdown" is actually a pretty fun movie to watch. Of course, you have to turn off your brain in order to have fun, but still... It's was overall a lot better than I initially expected and I'm kinda excited to watch a second part.

liked the main idea of the film but overall, it was ridiculous

this app just broke my phone

Yeah really nice storybook, c()()L idea :thumbsup_tone1: i liked to watch from the 1st Min. to the last... a perfect mixture of In time with Justin Timberlake and Final Destination garnished with scary sauce :ghost: and the best on top: the very end is open for Countdown Update 2.0 I'm really looking forward to that. :hugging:

“All we have to do is beat the clock by one second”
- Father John
Overall entertaining. I would download it.
:iphone::hourglass_flowing_sand: :alarm_clock:

It has a decent idea but doesn't deliver.

First of all my rating system: I give 5 when the movie delivers what it promises, no big surprises. If I watch a trailer or read a synopsis, the rating is also taking into account the expectation of the movie's promotional material, so that the grade will be higher or lower depending on how the movie turned out, and meets my expectations.
for this movie I did not see any trailer and just read a small part of the plot

Now for the movie: I have some criteria that make me like or dislike a horror movie, meaningless jump scares is one of the things that makes me DISLIKE a movie and coming from a teen horror movie, surprisingly this movie managed to make an excuse ( even if it was a bad one) for the scares, so I let this one go. The story is simple, but the cast is good, as I didn't see any trailers and read only a small part of the plot I would have given this movie a 6 (almost 7). The end of the movie was cliche and they wanted to open a margin for a sequel BUT there's one thing that makes me take a lot of points out of a movie that is when it doesn't respect its own rules! Throughout the duration of the movie they made it clear that a character's lifetime could NOT be changed and remained that way until the post-credit scene showing the mobile technician at dinner and his time shortened because the demon was there to kill him. . If the demon can kill whenever he wants WHY EXPECT THE COUNTER TO ZERO? this one 5-second scene ruined the the whole movie and made me get 2 points (from an almost 7 to a 4).

As it should have been the end: in the cemetery, we heard Quin's cell phone ring and when she picks up her cell phone, the movie shows a face of amazement (or not) and cuts to the credits. In the post credit scene instead of the girl going to the bathroom, she sits at the table, the mobile technician speaks some bullshit, she gets tired, gets up and says: I hope you die soon!
The mobile technician then laughs and says that he will live for a long time yet, at that moment the cell phone rings, he picks up and makes a face of amazement, the scene is over. Okay, open doors to a sequence and do not break the rules themselves.

Movie is basically what you expect. An app gets released and comes up with your death date when run, some get lucky of course and get 40+ years and others hours. Don't want to go into any spoilers. Just don't expect too much or you could be disappointed

Crappy portrayal of teenage people, a bunch of predictable jumpscares and forgettable characters. Nothing special.