This is the movie i was born to watch.

There are certain films that get under your skin, never to come out. They change your life, subtly altering your perceptions of reality, almost always for the better.
Dead Poets Society is one of those few films.

I've watched this movie more than 5 times and I cried in every single one of them. It is beautiful, amazing, inspirational and with a great message! Definitely a solid 10!

[8.3/5] Youth is a magnifying glass. It heightens everything, at a time when you have less control over yourself or experience to know how to deal with that. Adolescence in particular is a fraught time in almost anyone’s life, where the emotions a person experiences as a child become so much stronger and heavier that it becomes a challenge to tame them, and the new feelings and impulses that come with looming adulthood can be too much to bear. The world gives teenagers mechanisms to cope with this – some degree of structure and guy-wires to avoid the worst excesses of those wild, harrowing emotions from creating lasting damage, and opportunities to blow off the steam generated from all that heat.

Dead Poets Society sets these two things against each other. It frames order and structure – exemplified by the stuffy boarding school that provides the film’s setting – as the boogeyman. It frames Welton Academy as a factory producing of group-thinking automotons, made to rule the world while keeping at removes from its deepest, most invigorating joys in the name of grim, sullen preparation for the challenges of the years to come.

And in the other corner is the right to think freely. English teacher Mr. Keating (Robin Williams) is certainly interested in teaching his students poetry, and the way verse and language can create the very sort of release valve and gateway to life examined that young men and women need. But he is just as interested in teaching them to pursue their passions, to free them from the surly bonds that decades of repressive, “right-thinking” tradition have trapped them within, and threaten to cement in their final years of preparatory school.

There is a part of me that wants to resist this dichotomy. There is something about the protean fire of youth that makes it easy to embrace the notion that any and all instruction or guidance exists only to limit you from being what you truly are, instead trying to cram you into some given set of molds, regardless of whether you fit. But that is reductive, and while that approach can make it thrilling when the set of boys at the center of the film throw off the shackles of their institution and misbehave in the name of sucking the marrow from the bones of existence, it turns the school and its officials and anyone on the other side into one-dimensional agents of conformity.

And yet, a few things save it from such binary, black and white evil sinking the film. First among them is Robin Williams. In almost any other hands, Mr. Keating would be an instant cliché – the unorthodox instructor who gives his students new perspective on the world. But my word, Williams is electric here.

No one would call him restrained in his performance. His different readings of Shakespeare even allow him a moment to burst out the rapid-fire impersonation energy that made him famous. But there is a knowing quality in Williams throughout, cutting the image of a man who is at once trying to teach these young men to think for themselves and to seize the day, but also truly empathetic and understanding of the forces working against them, of the challenges they face and the difficulties they may endure in the process.

It is in this that the film seems to reveal that its creators know there’s more than the adversarial conformists vs. freethinkers tropes it dresses itself in. It’s no coincidence that the film is set at the dawn of the 1960s, a time where Mr. Keating’s ideas, rooted in the classics though they may be, would shake the foundations of the United States and the culture within it in ways that improved the lives of countless, but which visited many hardships and growing pains along the way.

The film’s cinematography helps convey the way in which these ideas were radical. Much of the camera movement throughout the film is steady, arguable even traditional, particularly within the halls of Welton.
The main auditorium in particular is framed with a man on high, looking back at a horde of young men sitting in unison. But in moments where Keating’s teachings are taking hold, whether it be in his prompting Todd Anderson (Ethan Hakwe) to dig deep and find that freethinking fire within him to create a lovely (if implausible) verse from within, or in Neil Perry (Robert Sean Leonard) stealing Todd’s book and starting a parade with it around the dorm room, the camera swirls endlessly, communicating the dizzying ways in which Keating’s philosophy has unmoored these young men.

And yet it is in the limits and complications of Keating’s views that the film finds its complexity. That comes with Neil’s suicide. It is an expectedly tragic moment, where the vision of possibility Keating opened his mind to clashes with the rigid life his father promises him, to a bloody climax. The pain of that loss is felt among the young men who embraced the titular society and its viewpoint, and it is an opportunity for the film to turn the school administrators into scapegoating evildoers there to root out the source of any dissent or novel thought.

But it gives dimension to the man who arguably causes Neil’s suicide. Rather than being another boogeyman, Neil’s father (Kurtwood Smith) is given understandable motivations. Neil admits that he’s limited in the ways he can break out given that his family is not as wealthy as most others there; Mr. Perry tells Neil that Neil has opportunities he never had, and part of the father’s rigidity stems from a fear that the chance for a better life, for greater comfort and acceptance than Mr. Perry ever had, could be flushed away. There is a subtle class critique, one that suggests the halls of power do not just blunt those who walk through them, but the people who struggle to get into them as well.

And it gives dimension to Mr. Keating as well. It is telling that after the school’s headmaster seeks to blame Mr. Keating, rather than the sclerotic confines of the school, for Neil’s suicide and run him out on that account, we never see Mr. Keating fight it. That would taint him in some way. Instead, we see the boys inspired by him rally and defend and even get expelled for him, a sign that he is still with them, even if he’ll no longer be with him. But Keating himself never puts up any resistance that we’re a party to.

Instead, all we see is that he mourns the loss of Neil and thanks the young men in his care for their show of affection and solidarity. There is no hint of resentment or disdain, only guilt and gratitude. As rife for parody as the moment has been, it is still inspiring when those boys stand up on their desks and say “O Captain, My Captain,” a testament to the impact this man made on their lives in just a brief time.

The fires of youth are a double-edged sword. They can lead to limitless creativity, to embrace of possibility, and also to ruin. The balance of these things, the measure of them, is as impossible to prescribe or proscribe as it is to try to plot poetry on an XY-axis. Dead Poets Society embraces that fire, in the way that a small spark can start a conflagration that lets young men pursue their passions, seek out love, and find poetry within themselves, but also in the way it can burn, and take promising young lives with it. 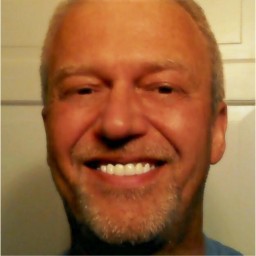 it’s such a beautiful movie i don’t have words to describe it. everyone sould watch it.

What can I say? Gay excellence.

One of the greatest movies ever made. It starts off very nonchalant. But before you know it you're getting pulled in emotionally, empathy with the students and teacher is on overdrive. You feel what they feel. You cry what they cry. The way this movie grabs you without you even realising. It's a masterpiece. Some of the greatest directing and production you'll ever watch.

Blasphemous movie, with silly story, that can be related in 15 sec.
It's a waste of data and time

This is the best movie of all the time.

I know this film teaches you to dream, but it also shows just how dangerous dreaming can be when the real world so often, effectively and nonchalantly kills every last bit of belief and hope we let ourselves have as kids, as we grow up. Neil’s death is unbelievably painful to watch now after the world lost one of its greats, sir Robin Williams, in such a similar fashion. I guess we’re all lucky to have an entire film dedicated to how incredible and inspiring that man was. O captain, my captain!

A fairly by-the-books tale of adolescence, uncertainty, self-discovery and clashes with authority that rises to greater things on the backs of a few dynamic performances. Central to it all is Robin Williams, of course, in a role that showed the world he could play for more than laughs, but don't overlook the dramatic chops of the kids, either. An extremely young Ethan Hawke is the focus, and he shines, but I found more versatility in Robert Sean Leonard's tragic turn as his brash, social, get-things-done roommate.

A setting in the conservative 1950s excuses many of the film's indulgences, grounding it as a period piece with flashes of the cultural revolution that was already on the way, but also adds a certain sense of natural charm and classic Americana to the mix. It can be quite dark, but also very optimistic, and expertly handles that difficult range of emotion through a vast array of concurrent storylines. Very good stuff, though it often feels like it's preaching to the choir.

Never forgotten Robin Williams! This movie was very special with great messages and good directing.Must watch i would say 8.5/10

that's no way to teach an accounting class

This makes me sad. I miss Robin Williams.

While the movie has a good and interesting story, i feel like the drama points were too rushed, small stuff like the play being played right after the boy aplied to it, it needed a time space. He killing himself was also too much even though i really really understand why he would do it. When the father saw him dead i was waiting for him to wake up and say "see, im a really good actor!" seriously!!

Brilliant movie. Watched it first a school with German translation. It actually loses a bit there. Watched it recently in original form and it's much better. Oh Captain my Captain!

There's so much symbolism in this movie and you don't even realise it until you think back on it.

Brilliant and intelligent without being too pretentious.

This movie is brilliant as what it is sad...