Dear Zachary: A Letter to a Son About His Father 2008

'Dear Zachary: A Letter to a Son About His Father'. This is the most depressing movie ever made. If you can watch this without crying, let me know, because so far I have not been able to do that. Again, try not to search up too much about it, because it might diminish your experience. But this is, without a doubt, the saddest movie I have ever seen. The documentary is told through the perspective of a filmmaker whose friend was murdered by his own wife. Part of what makes the documentary so incredibly powerful is that, because of his connection, it never feels emotionally detached. The creator of the film pours his style, passion and emotion into reliving the life of a man who's life is taken away so quickly. Its's sad when any life is lost, but It was very interesting to see the impact on a variety of lives this guy had and the effect his death had on others. Pacing and editing is told through the perspective of someone who's not just narrating the events,but someone who is emotionally suffering as a result of those events. If you're gonna watch this movie, just
understand you will be crying at some point.

This film hit me hard. I felt the passion and anger along with Kate and David, and I felt so sad for all the people who lost such a great friend, brother, son in Andrew. It's tragic and the worst thing about it was the fact that the death of Zachary was completely preventable. 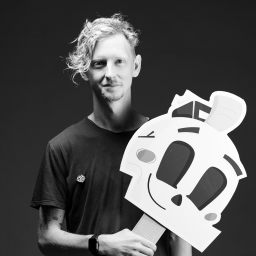 One of the best things that I have seen.

One of the saddest films I've ever seen. The situation is enough to fuel your anger and the tragedy of loss is inescapable. Well done but ultimately, tore me up. 8/10

This was a brilliant documentary. I thought the way this footage was edited and pieced together to tell this story was so impactful and masterful - there are some incredibly piercing sequences and juxtapositions, as well as the narrative organisation from a broader point of view and the journey Kuenne takes us on - it's just really well done. Some could fault it for being too emotional, but in my opinion I think it's so fortunate that one of Andrew Bagby's closest friends was a filmmaker, cus it gave us a special kind of true crime documentary, one that we wouldn't be able to experience had this been made by someone distant from the family, and one we don't get to see often, that honours the lives lost and truly reminds you that these aren't just stories, but real people.

After watching, it must added to the collection of depressing movies. This one is even more powerful because it's a true story and it's just heartbreaking. A real must watch !