So clearly here nobody likes, or did notice it is a black comedy, It's even on descriptions of various sites.. Critics and I think the poster itself implies that, the slogan... Bah.
I loved it. BIG surprise to find (find! She's the actress of my adolescence!) she was... Winona! Even in that big close up that she has when he's talking about symmetry of faces...
Then I finally did.
Understand why I liked it so much. That type of banter is hard to keep up without being a beat or the public.
Two neurotics taken from a unknown Woody Allen movie and put together to do their thing. Or try, and be impossible with one another.
It's a boy!
EDITED FOR TYPOS AND ADD SOME THINGS ON SECOND VIEW

Sorry not my first language

How wonderfully weird movie! It was so weird I liked the movie because of it. They are not your tipical lovers and that wedding they are attending is just a background for their odd conversations.. 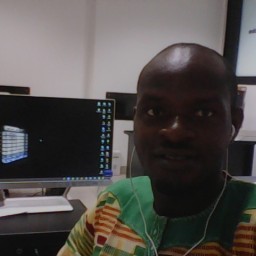 went with zero expection, just looking for something to pass time with, and I stumbled upon this movie. I really enjoyed it. good romance.

I can't believe I'm saying this about a movie with Winona Ryder and Keanu Reeves, but this is insufferable.

Winona Ryder and Keanu Reeves star in the satiric romantic comedy Destination Wedding. The film follows two misanthropes who are paired together at a destination wedding as they critique each other, the wedding activities, life, and love. Both Ryder and Reeves give strong performance, and prove able to carry the film; which is entirely focused on their two characters. And, the witty banter is incredibly clever and has a nice rhythm and style to it. Still, it can get a little raunchy and nihilistic – which kills the romance vibe. It’s a bit of a gimmick film and is kind of limited by the two character format, but Destination Wedding is entertaining and delivers some laughs.

Man just a lot of fun.

So plot wise this is a movie about two people both of whom are bad people. They meet happenstance and find out they're both going to the same destination wedding. Lindsay is the former fiance of the groom (he left her) and Frank is his half-brother. They both hate the groom Keith but it barely unites them as they both just hate everything.

This plotline sounds familiar because it's basically all you need to know to watch FX's absolutely excellent You're the Worst. But this is just a movie version of that pilot. So what you really look for in this movie is not so much the plot which we all know (Boy meets girl, ... , They get together), but the chemistry and how they get together. Ryder and Reeves have EXCELLENT chemistry and the writing was top notch. Which it had to be because this movie is 90% Lindsay and Frank riffing off one another. It doesn't feel improvy or forced. But the sheer endurance of the back and forth between them is impressive. They should be together based on that alone. But Keanu plays a character that in other people's hands would feel lazy and dull. I love Bruce Willis movies but ever since I learned he has a rider that says he films his parts in like 2 days and then collects his money and they film the rest of the movie. It suddenly clicks what is wrong with his performances lately. It's that he's not performing. Reeves does the oppsite here. He takes a character that is written as lifeless and stiff and he performs that stiffness. Ryder's Lindsay on paper is pathetic. Keith broke off their engnagement like a dick but she sues him and is still coming to this Destination Wedding performatively instead of saying no and sparing herself the pain. Ryder infuses her with pain and anger and spite. Yet she's develops a hesitant but honest and open affection for Frank that keeps her interesting.

This is exactly the sort of movie I would buy just to have on tap when I need something to watch that's entertaining but not stupid.

Da fuq did I just watch? I'm not gonna say it was the worst movie ever, because sadly, I've seen worse, but this one is up there for sure.

It was all so pointless, pretentious and trite. Boring as shit. I was falling asleep throughout the whole thing.

Such a waste of time. How did this movie ever get made? I mean, to think someone, somewhere had to invest money to get this garbage made. Wow.

This movie is so terrible! It consists of two douchebags talking about each own's life and experiences while they go as singles on a destination wedding. They will never stop talking. Not even when having sex or being attackt by wild animals. Often they lie and exaggerate. They only talk to each other and mostly they don't really listen to each other and are just one-upping and/or putting the other one down. They are sociopaths and while I think that's the point about the movie, it's just unbearable and very terrible.

I walked out at the intermission. I regret even purchasing the tickets and spending my time for the first half.

2/10 - would maybe recommend to my worst enemy.

It's two people bickering. No I didnt watch the whole movie. I couldn't take it that long.

Winona says JD powers gives out awards, and Kenu responds no that's the magazine. I was just so confused. JD powers does give out awards, so I didn't understand why Kenu mentioned a magazine at all! It seemed like the bickering wasn't even trying to be factual. He was just trying to disagree no matter what was said.

They weren't having a real conversation. From what they were saying, I wondered why they would keep talking, and if the whole movie was like this.... then I turned it off.

Two of my favorite actors talk about stupid shit for an hour and a half, what could be better!

Beware, this is not a rom-com. The movie is a "chamber play" mostly, only two characters and dialogue between them. No action, more like philosophical stuff with a hint of romance. The dialogues and the characters are well written though, if you ever felt disillusioned with life and relationships, you'll get the message.

incredibly pretentious script full of cynicism. I loved it. its a great black comedy about the possibility of hope.

This movie is a constant dialogue between Keanu Reeves and Winona Ryder. An authentic verbiage.

It was nice to see both Winona and Keanu aging well and in display of their fine acting skills. Loved the movie, I found it hilarious !! Great ending too..

Reeves and Ryder are great, but in its talky approach the film does meander from time to time. There are a few funny moments in the mix though so it's still a destination worth visiting. 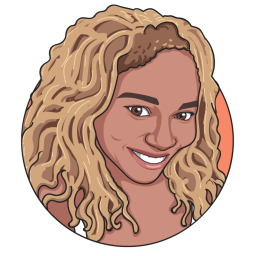 Hilarious! How can you not get it. It's hilarious! I cackled.

The whole sequence when they crept away from the wedding, the mountain lion and the sex scene, was hilarious!

Also, his character, despite his dour protestations, is INCREDIBLY SWEET. From his first word to her to that annoying noise he was making just before she opened the door.

I came here from watching classical Hollywood cinema and I WANNA GO BACK. (I get what the film was doing, and it did it well, but imma go watch some Cary Grant now.)

John Wick is getting married again? His past wife died :O