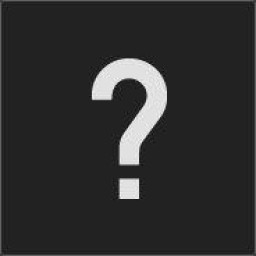 the POV scene was novelty, of course. movie was butt though.

Now I understand why I've never rewatched this particular travesty. The only good thing about this piece of crap is when Urban goes FPS and Rosamund Pike just because she is...well...Rosamund Pike.

Doom is what you end up with when you are trying to make a movie out of an FPS game with no story to speak of. Absolute shit!!!

Highly entertaining and if the plot had a little more depth, it would have been a great action movie. But even so, it's worth a watch and much better than I thought...

The first person part is the only part that is halfway decent. Everything else is terrible.

DOOM spread over several floppy disks was part of my childhood. As a child, climbing through the MS-DOS in order to ultimately be able to enjoy the colorful images in a new 3D environment was more difficult for me than the game itself.
Since I was far too young, I didn't understand what I was doing and what was happening, but it was always a lot of fun. Almost 30 years later, I finally played through both titles and without "IDDQD"! :)

Regarding the film, I have to say that I am divided. An implementation that is close to the game is certainly very difficult. That's why I can't complain and thank them for trying. The mere fact that there is a movie is great and awakens childhood memories in me. However, they could definitely have taken more time to spice up the film and offer more depth.
The first-person scene was best. This was most likely to come to the pace, the oppressive mood and the close contact with the demons that I expect from DOOM. Unfortunately, this was far too short. Otherwise, it was more of a TheRock-shows-how-it-works movie.
However, I have to say that I have already seen the movie three times and it somehow got better every time.

generally bad but features some good body horror and also rosamund pike is in it so duh.

Such as nano walls. This was based on a game, i don't know that game i think.

i remember the movie from somewhere. Maybe before years.

In corona days, now we see another quarantine. It is nice.

They were amateur mostly. Why shot with lots of bullets while can kill with less?

There invaded another planet and get attacked. Mars. with an ancient portal

Destroyer fought really nice. He was brave and professional

it was bad sarge killed doctor. Maybe they could reverse it and he could become human again.

sarge was cool at first but started to be cruel. Because he was paid for getting data back. We learned it later.

it was interesting scene where john would almost kill sarge but then monsters came and they united. it was like zombie kill.

John is eomer from lord of the rings :)

In the end before fight, reaper say "semper fi". It means something like "always faithful" and also there is a 2019 movie in that name.

So main idea is "Don't go to another planets :)"

POV scene which is close to ending was cool.

There is a movie in 2019, like something remake i think. I will watch it also later. 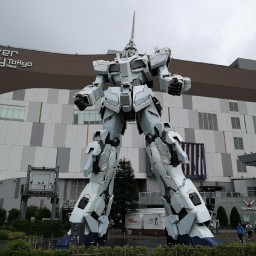 It's so bad but interesting, and the POV part is nice

The Rock is on a mission to kick ass and take names in Doom. Based on the popular video game, an elite military unit is sent to secure a research laboratory on Mars that has been attacked by a hostile creature. The story’s pretty formulaic and follows all of the usually tropes of a horror film. Co-starring Karl Urban and Rosamund Pike, the cast is fairly strong and is able to make the material work. Additionally, the action’s well-done and is enhanced by some interesting sci-fi tech. Doom is a stereotypical video game turned film that delivers on the action but doesn’t have much of a story to go with it.

After watching Doom: Annihilation, we see it again to compare, it has more budget, better-known actors, music from the game, that scene in first person, but the other is more faithful to the game.

Boy was it HILARIOUS to watch so many non American actors struggle with doing an American accent. Why not just let them use their native tongue?! It's future shit and space battle, why they all gotta be from the south?! Anyway, I appreciated the hell out of this movie because it shows us a Rock we will never see again, and thats as the bad guy. This was before he was at peak power surrounded by a conference room of Yes Men so he didn't feel the need to be a bland, beefy good guy family man in everything. Man, I miss that Rock. Miss him dearly. This isn't as terrible as its reputation would suggest. I remember The Rock shit talking it while promoting Rampage because of the video game adaptation "curse." This movie is miles and miles better and more fun than Rampage. Absolutely.

Oh man. I heard this was bad. It's not THAT bad, but it's not very good. The potential was there and they F'd it up. The movie is mostly forgettable with the exception of a 10 minute section near the end where they do a pretty good job of immersing you in the first person view just like the game. That part, is lots of fun. The rest, meh.