If you love movies and time or at least love being alive.
NEVER WATCH THIS....THING

My recommendation - don't waste your time.

This is a vignette movie strung together by the Doors theme. Each story is mediocre at best and overall nothing is answered. Just a big waste of time.

I just finished watching this and now want to do something productive for an hour and a half to offset the amount of time wasted on this. It is reliant on a suspenseful score and sound effects to artificially inflate the sense of mystery and creepy-factor. I love Sci-Fi and am a fan of small budget films that have an interesting story to tell... this is neither.
It is amazing the advancements in technology that we have made that allow a movie like this to take on the appearance of a well crafted film while having all the talent and substance of a home movie done in the 1980s by a pre-teen with a VHS camera.
I feel offended and wronged now having spent time on this as it was sold in the synopsis as something interesting... again, it was not.
Please, please, please, for the love of all that is good in the world of entertainment, give this movie a wide berth.

Wow, actually a really interesting and well written movie. Creepy, and well executed, despite the smaller budget. CGI was totally fine. Actor were all top-notch too.

It was actually really enjoyable, at least up till that very last scene. Not sure what they were going for with that, and it made the rest of the experience kinda fall flat on it's face after such an amazing build-up.

If you cut the movie short right after the final forest scene, it's a pretty solid 8-9/10 for what it is (small budget, indie sci-fi film). Adding that last scene brought it way down to like a 5-6. It really was just the weaker part of the entire movie, with lower-end effects and bare-bones over-acting on part of the "Dr." It added nothing to the overall story and should honestly be skipped.

You should get root canal dental work done instead of watching this, it’s more entertaining and far less painful. I’m off to put my tongue in the power socket to delete the last 84 minutes, hopefully.

Knowing ahead of time that this was a collection of shorts with unique characters might have made me enjoy this more. I have no idea how they got the rights to use replica Daft Punk helmets either. I would not recommend this, there was zero payoff at the end, overall story didn't really have a conclusion. The characters were rather bland and I can't say I really cared about what their motivations were. Overall, just an interesting premise that was not well executed. 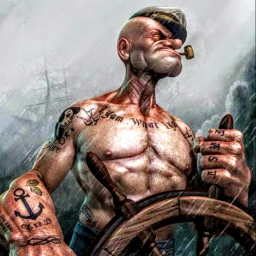 This movie is just too strange for me and took me three times just to finish it. Just when I thought it was getting better, I was fooled again.

Weird series of movie shorts (NOT a feature film) with high amounts of 'just-out-of-filmschool' feels, mixed with attempts at being Terrence Malick. Not recommended for most.

It's weird and experimental. I'm all about weird and experimental science fiction so it was so good to watch. Feels like horror sometimes, but it doesn't have any jumpscares or gore, so it's alright. If you are looking for a conventional science fiction movie, this is not for you. But if you want an original premise, beautiful scenarios and don't want the answers easily handed to you, give this movie a chance.
Also, NB representation.

Seems like a college project film where they divided the class up and they each had to do a weird art film that could be poorly integrated with a doors theme.

None of the individual parts are really worth watching, and the whole is less then the parts, so it really wasn't any good.

Amazing premise, shitty execution. This movie could have been awesome.

A very unusual and quirky science-fiction movie. I liked it but this is definitely not for everyone. It’s creepy, low budget, visual and interesting all at the same time. Now take your clothes off and be refreshed.