I really don't understand how 20 people alredy watched the movie.

I'm not a confesed fan of live actions, and see some one at least... decent, but this could be the wort and most biggest shit someone else did....

Music: wrong, poor and insignificant during all the film.
Effects: Meh... alchemist effect have a pass, but the CGI?? what the f*k?? I hope that one was fired.
**Characters:* Hughes excellent. Tucker... bad. Mustang, meh. Hawkeye very good. Ed extremely bad. Al bad. Winry bad (except one moment at the lab no5), Lust meh, Envy f*king bad, Gluttony.... the worst from far .... the best? Alexander (Nina's dog).
**Story*: Half invented... I understand this part due the omission of some character that I don't understand why... but, ok. No problem. No Armstrong, no Bradley, no Lee, no Hoemheim, no Homunculus, no Greed.

So - it appears that some of the other commenters here didn't like this movie. I on the other hand enjoyed it. I also have never seen the anime series or movies, so I had no preconceptions about the characters or story.

I expected to be disappointed but I'm glad that wasn't the case. I was pleasantly surprised it used some of the original FullMetal Alchemist (2003) approach instead of going 100% FMA: Brotherhood (2009). Some storylines being dropped or crammed were to be expected and people who loved the side characters as much as the leads have to be prepared.

The beginning with the kids threw me off a little. The acting seemed awkward between Trisha and them. Luckily they didn't dwell on it. The CGI didn't seem that good in the trailers, so the next scene got bonus points from me for being funny (including the gag with that poor cat) on top of it. The '03 Mustang, being almost hostile towards Ed is a plus for me as well. I didn't really like the casting choice for Winry at first but she grew on me. Hughes, on the other hand, seemed perfect from the start - too bad his appearances were all too short. Nina's story didn't have much time to hit that hard but I guess just a reminder is already too much. Tucker's story being closer to '03 aligned with the story they were going for - it's a shame they didn't have Nina being the one to stop Ed from killing him. As for the rest, it's the final hurdle, not much to examine there though I was pleased by the final scene setting up a sequel.

Yea this is fucking terrible. The casting is fine. But the acting, cgi, and the fucking awful sjw anime cartoon pandering dialogue, makes this even hard to call a movie. Its just Japanese people pretending to be anime characters. Which is just fucking cringe.

I'm unfamiliar with the source material, but as a standalone film, this was enjoyable enough. Perhaps needed a little more alchemy to make it something truly special, but it's not a waste of a couple of hours.

I sleep at the middle

I'd wager this film was made by 亡命, because that's how you say Asylum in Japanese.

oh my god...
This is not a tribute you're giving to the series, that's a grave !
I rarely give bad ratings, but this one deserves a horrible one : the acting is bad, the choice of actors is bad, the scenario is modified (which can be good for an adaptation) but nothing stands together...
Ok, I admit the special effects were good (some parts I didn't like, but the work is still great), but come on, stop doing crappy movies with series many enjoyed just to expect heavy cash !
I'm fed up with show-off movies with incredible budget in special effects and advertising, but sh*tty realisation...

Anyway, that was just me discharging my hatred towards recent movie industry, don't take my words too seriously and just see for yourself, you may enjoy it

I really enjoyed this. One of the better anime adaptions out there.

Heard a lot of the anime but never seen it but this movie was very good. 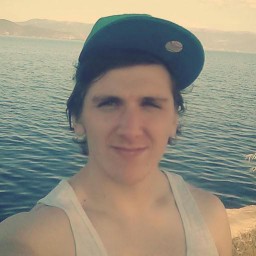 The anime to live action I have enjoyed. It doesn't have a scratch on the Brotherhood series but I never expected it to. It invokes the same things I love about the anime though, the characters are true, the bond between the brothers is realised and an overarching plot that progressively becomes darker. They take liberty with the source material but lets be honest, a 2 hour 20 film could never cram 25+ hours of anime into it without sacrificing things.

In short, good fun, acting was admirable and I enjoyed it. In fact, it got me wanting to watch the original series again.

Finally, a live action anime movie that isn't horrible. No matter what, it's impossible to translate anime style mannerisms and facial expressions into a live action format so it always ends up being a bit cheesy but I felt like most of this movie was spot on. If you've seen and loved the anime, then you'll love this movie. If you haven't, don't waste your time. They are essentially covering a whole series in one movie so there's a lot they can't cover and it helps if you already know the back story. But having loved the anime, I was excited to see it come to life. Compared to every other live action I've seen, it was amazing and so much fun to see it come to life. I'm hoping for a sequel!