I think they went for too much of a Looney Tunes approach with this one. Too goofy to take serious.

I don't think anyone would call Gremlins a masterpiece. It worked, often surprisingly well, as a chaotic blend of unrelated genres and unrestrained mayhem, and that was enough. Its sequel, arriving a full six years after the original, is both a spiritual successor and a tonal departure, if that makes any sense. It retains the wicked laughs and playful, no-holds-barred character that made the first so much fun to watch, but completely disregards any shred of nuance. Granted, there's nothing all that subtle about microwaving a slimy green monster until it bursts, a particularly memorable scene from the first film, but by comparison that brand of development seems sophisticated.

Gremlins 2 is like a doomed sketch comedy show, all distracted energy and crazy ideas without much focus. We've got mutated Gremlins with only the loosest of explanations (example: a veggie monster who's sampled tomato DNA). There's an ultra-shallow satire of Donald Trump, an out-of-touch media mogul who somehow does an about-face to play one of the story's heroes. Hulk Hogan directly addresses the camera. Grandpa Munster leaves the set of his late-night movie marathon to conduct a live interview with the monsters' leader (this one sipped from a bottle of brain juice, granting him refined tastes, a revolutionary's vision and a British accent). It's just way, way too much; dozens of patches to cover for a rather simple, stupid script.

One caveat: it's hidden behind the crush of outrageous ideas and unhinged madness, but the film boasts a sharp sense of humor that regularly caught me by surprise. There's some genuinely witty, laugh-worthy material here, and that merits mention. Otherwise, consider this a case study for unnecessary sequels. Underthought and over-budgeted. 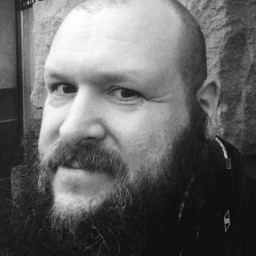 I’ve never seen this sequel until now and i gotta say this thing is more fun than it has any right to be. While i loved the original Gremlins for its boundless creativity in staging the animatronics but was a bit disaffected regarding its over-the-top Spielbergian 80’s cheesiness in its portrayal of characters and setting, the sequel goes all-in on that so much that it becomes kind of a surreal satire of its own genre tropes, while in the second half, it doesn’t even pretend to care about telling a story and just has fun with its creatures, which is what we all came for anyway. Gremlins 2 is the perfect guilty pleasure and i say that as someone who is notoriously averse to most kinds of “guilty pleasure” cultural artifact.

Joe Dante turns the Gremlins into f***ing clown shoes in the atrocious sequel, Gremlins 2: The New Batch. This time the film is all satire and goofiness...and no horror. The Gremlin designs are cartoonish and fake looking, lacking any sense of danger or terror. The performances are also pathetic, and don't even work in a campy, satirical way. And worst of all, the film tries to be meta, but it all falls flat. It's almost as if Gremlins 2: The New Batch was intended to undermine and lampoon the series, which it succeeds at brilliantly.

Its not the classic that the first movie is but there is some great practical effects and jokes that make Gremlins 2 worthy of your time. I do find it to be a little too long but its still fun.