Scene where Riggs fights in the rain? Classic.

Buddy Cop genre at it's finest.

Seen this a bunch, decided to revisit. Still holds up, especially Mel acting crazy. Two things were disappointing, however. One, it was extremely obvious that when Mel jumps off the roof with the suicidal guy, it is very clear they're not attached by the handcuffs.

Okay, that seems really minor and just a fun flub when I write it out. But the second thing really is disappointing. I noticed for the first time when Danny Glover is trying to pat out a potential fire on Mel's jacket after a house explodes, Mel says under his breath, "what are you a f** or something?" Oy. Look, it was 1987, a product of its time, blah blah blah. But a real bummer catching it this time around.

(Side note, the movie on the marquee at the Wiltern in the background is The Lost Boys. Seems like a good piece of trivia to remember. Also, the Wiltern used to be a movie theater? No idea. I just know it as the place I saw Ryan Adams during the Easy Tiger era and had to fight falling asleep.) 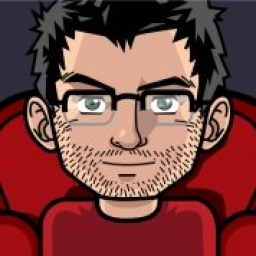 Classic "buddy cop" movie with lots of action and just the right amount of comedy.

Prototype buddy-cop movie. Still a classic despite the woes of MEL GIBSON. :)

Always gonna be a great classic.

Mel Gibson and Danny Glover ignite a franchise with this dense, multi-faceted action flick from the mid-'80s. Although in later installments the duo grew too chummy and formulaic for my taste, Gibson and Glover's relationship in this introductory adventure is icy, complex and quite interesting, especially with the enhanced benefits of retrospect. Gibson, in his mainstream American breakthrough, is particularly good as unhinged, suicidal cop Martin Riggs, who always seems to have a pit of emotion raging behind his wide, unsettling gaze.

Of course, it's an action movie from right in the heart of the genre's heyday, so there's no shortage of fireballs, gunshots, abandoned warehouses or furiously flying fists, but its big heart, strong core relationship and generally-grounded approach to the big fight scenes keep it from feeling overly indulgent.

Surprisingly gripping and diverse, it's a major feather in the cap for both the headline duo and their veteran director, Richard Donner. Also, Riggs takes out Gary Busey in their climactic showdown with an armbar transitioned into a triangle choke!

Director Richard Donner has crafted an action film classic with Lethal Weapon. It’s the ultimate buddy cop film; a cop on the edge, Martin Riggs, is paired up with a seasoned veteran, Roger Murtaugh, and the two must work together in order to bust a drug trafficking kingpin. Mel Gibson and Danny Glover are brilliantly cast and have a great onscreen chemistry as a buddy cop duo. And, Gary Busey delivers a solid performance as the relentless villain going after Riggs and Murtaugh. The action and fight scenes are especially well done; adding a lot of energy and suspense to the film. Lethal Weapon is a riveting, high adrenaline action film that’s a lot of fun.

The cinematography was pretty good, and so was the gunfire and explosions. I'm sure there are some people who consider Mel Gibson's acting a little over the top when Martin is behaving in an unhinged manner, and Danny Glover's acting when Roger is angry, which is understandable. Personally, I don't have a problem with it. There were other moments and things that were a little over the top as well, which I don't have a problem with, either. And I really liked the development and progression of what started out as an annoyance on Roger's part towards Martin to what ended up being a unity of camaraderie between both of them by the end of the movie. Good movie.

Possibly the greatest ‘cop buddy’ movie of all time. I’ve seen it countless times and never gotten bored. In fact as I got older I appreciate it more and more.
Mel Gibson and Danny Glover’s chemistry is a joy to watch.

Solid movie. Tries to deal with some serious topics but is rather dumb.

What a piece of garbage.