Watched this movie after reading a lot of really positive reviews about it. There is not much to say about that film except that it was a huge disappointment, I mean, the story is incoherent: every 5 minutes or so I got annoyed by something that did not make sense at all, it felt like I was watching a cinemasins video. So yeah, you can watch this movie it's pretty short and entertaining but the incoherences are so huge it's irritating. Really don't see how people can rate it 10/10. 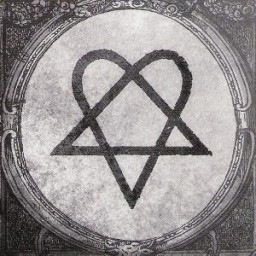 Love it. Best Sci-fi movie ever!!.

The movie is so boring and silly. I can't believe I wasted my time watching this till the end while I could have watched better movies. The story is silly, looks like the author haven't much imagination. It was just the basic. I was always expecting something more interesting to happen, but then the movie ended.

This movie was recommended through Trakt. No high expectations, but a very good flick! Highly recommended!

This film had us guessing. Although won't leave you brain numb with any epiphanies, it is really fun and will force some deep philosophical questions.

Love it!
Superb acting performance mixed with a brillant plot, nice pictures and an amazing soundtrack, result in a great science-fiction movie, absolutely worth watching.
It's quite brainy, so nothing for the brain-dead out there.

Despite the bad reviews I liked this film. Man sent to the moon on a 3 year mission comes to realize he’s been cloned and on the moon for much more than 3 years. Great movie. Explores loneliness and impending doom.

I'm really glad i re watched this film, because it tops the first time, un-clones it.. like a eclipse to a full moon.. even when I know the twist.. well made film... for sure lives up to my top sci fi's... super work from (Sam Rockwell)

Sci-fi like it used to be. White interiors, comforting background hum and a sense of distance and loneliness.

It's also brilliantly written, well acted, beautifully scored, visually striking and one of my favourite movies.

It was a good movie but it may have been ruined by being a bit over-hyped. It's a nice sci-fi and Sam Rockwell is really great but overall it felt a bit flat. Love the set design though. Anyone that copies that bright white big panel sterile Alien environment is going to get a thumbs up from me. Anyways it's fine, but I was hoping for fantastic, and it isn't that.

Interesting movie. It's not a breathtaking one, in fact, it's quite depressive but the story makes us think about it and in what a company is able to do in order to reach revenue. It was nice as a cultural addition and the visuals are good and space themed, but it's not a movie that I would like to watch twice.

It's basically an episode of Black Mirror.

Unique story! Still fresh! The story isn't that complicated and long, but it was executed quite well. That being said, I think it could've been better with a faster pace, could've added more to the story.

not bad at all really, the plot is not amazingly deep and elaborate but the overall feeling is good

I went into Moon knowin absolutely nothing about the plot and I think that is the best way to watch this movie. This movie had me consistently intrigued and its a lot more ambitious than I though it was going to be. Duncan Jones deserves a round of applause for pulling off such a great movie in his debut on such a low budget. Sam Rockwell obviously carries the film highly as well.

This was something completely different I expected - not mindless action drama, but something more subtle, something that makes you ask "what if" and "why". Interesting.

If you're not sure whether to watch this. Watch it! I was in a half mind to because I don't always trust ratings (especially for modern movies) and I'm usually dissapointed, however, this was really good.

Basically, its about a lunar drilling company operating illegal practices, but in an interesting sci-fi setting. I liked the mystery and the story. Rockwell was great and had room to shine, with a few interesting reactions that could have been terrible but made the character and sertting more interesting. Spacey was perfect for the robot. One or two sadder moments in the movie that worked.

The music is by Clint Mansell. I'm not a massive fan. I like his work but it seems to lack something. The music seemed overused but it's doesn't effect the movie. The effects are a little below average at times.

an interesting concept but a somewhat unsatisfying ending.

This was the best movie I have seen in a very in a very long time and immediately jumps into my favorite movies ever.

Sam Rockwell everybody, the most underestimated actor of our time.

This is an outstanding prodution, well parced, composition and plot just perfect. This is a top movie, despite in a simple script/scenario. Put in discussion the clonation, future and the moral behind it. Just 5 stars 10 from 10/10

The other night Moon was shown on Free TV so I gave it a shot because a friend of mine recommended it to me. And I wasn't disappointed!

While I think there could have been a little more action and / or suspense, overall it is a quite enjoyable watch I think. The plot twist with Sam Bell being a clone and the revelation that there are dozens of him only waiting to be activated after the previous clone has outlived its usefulness after a 3 year period is a sick notion IMHO. But unfortunately, I think humans are quite capable of doing just such a think, which I find appalling and frightening!

thanks somebody not telling the spoilers to me.most of the time i'm thinking what happen next.nice debut from the director.

Wow.. I didn't enjoy a movie this much in a long time. Outstanding. Very dramatic at some moments and the soundtracks were great.

A beautiful movie, Sam Rockwell is just fantastic and part of the success of this movie as Clint Mansell who made a very good film score like he has done in most of the movies of Darren Aronofsky. The picture is also beautiful as the scenery. Nothing else to say, just watch it !!!

A film that is tricky to review in part because it involves skirting around the central mystery that is best left discovered by a viewer first. The opening part of the film sets the scene brilliantly creating a sense of unease and uncertainty. Equally, the film recognises that a savvy audience will work out the central mystery quickly and therefore doesn't waste time trying to prolong it, putting the solution front and centre early on. The film is far more interested in exploring the impact that this has on the character(s) themselves, taking an ultimate "what if" issue that feels increasingly topical and tackling issues of corporate greed and profit over morality and ethics as well as exploring familiar science-fiction tropes of identity. Rockwell is key to the film with a fantastic performance throughout. Cleverly the film still maintains a sense of unease towards Spacey's homage to HAL from 2001, the stability of the central character (and thus our own belief in the solution) and a certain other character's loyalties and intentions that is best left discovered by the audience. As a result of some fantastic production design and careful use of visual effects, the filmmakers have made great use of a limited budget to create a believable setting. One of the best films of 2009. 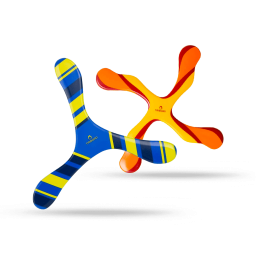 Great movie! Need to write a long review to exactly point out why, but don't feel like it right now. The fun thing is you can compare it to 'Oblivion' (2013) with Tom Cruise, which has similar themes, and conclude that this lower budget movie is better in almost every aspect.

The ending doesn't give me enough satisfaction, but overall this is a great work!

Curiously I had never heard about this film until a while ago when I joined Letterboxd. It's certain that I never read any of the reviews about it but I've been seeing that most of you never rated this film below the 4 stars. I think Sam Rockwell is a great actor, most of the times underrated, so I went into this without knowing anything I was just expecting a great performance. Besides that, I wanted to be surprised and that totally happened.

Moon is a suspenseful film with a great philosophical power that questions a lot of existentinal matters, explores morality and values in life. What do we really are in this life? What is our purpose? Do we care about others or just with ourselves?

At the end of the film I found myself questioning not just all the values that I've mentioned above but all the story in question. All that I had seen it was real or it was all just product of the mind of the character? It's a very thoughtful film and you can take a lot of things and imagine a lot possibilities for this story.

A great movie on a limited budget. One of my favorite sci-fi movies.

Science fiction is a unique genre; it examines themes through predictive extrapolation. I like to think of it as being more intellectually engaging that way, prompting for serious evaluation of the issues presented. Moon, directed by Duncan Jones, is a harder type of science fiction than the mainstream audience is used to. The entire story is told on the surface of the moon, where a new natural resource is being harvested for energy back home on Earth. We follow the station's only human employee, Sam Bell, played by Sam Rockwell, as he wraps up his painfully lonely three year contract. Before he gets to return to his family on Earth however, he notices things that aren't supposed to be noticed.

The movie was exceptionally well written, the plot panned out just right, and conversations were natural and realistic. The visuals were down to earth (on the moon), and felt futuristic without being exaggerative. The music, written by Clint Mansell was a definite beauty, setting a poignant audio landscape for the film.

While presenting itself firmly as a psychological sci-fi tale, Moon touches upon environmental, corporate, and technological themes, all in remarkably cohesive manner. Here's hoping to see more films like Moon in the future.

What a mindblowing movie! LOVED it!

Has undoubtably become one of my all-time favourites.

Kinda reminds me of Space Odyssey 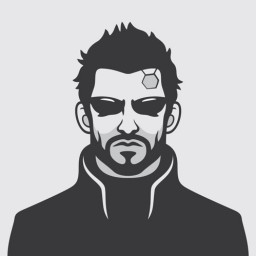 Perhaps my favorite movie ever! 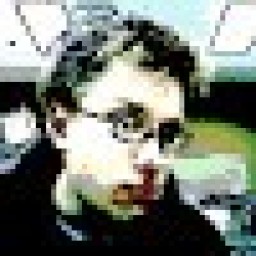 Excellent movie. I particularly like how they took what would normally be the "twist ending" in "clever" movies and moved it fairly close to the start so they could explore the consequences of the twist. 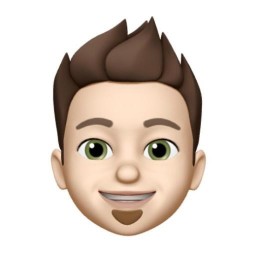 Agreed. Very much enjoyed this movie when I saw it. Didn't know really what to expect either, just a friend's recommendation (this was before trakt after all!) to give it a shot.

So far i know there are only 2 actors that can successfully be the only actor on screen in a movie (Will Smith is one of those), Sam Rockwell managed to do it with flying colors.