Like an acquaintance's b-day party, I enjoyed this one without feeling overly passionate about it.

In fact, I really wish this movie had been 'Princess Mononoke' and not what it was, because it would've been fascinating to watch a movie based on an enigmatic young woman who leaves her people to live with Gods and spirits in nature.

The film should have instead been called "Prince Ashitaka", because he's the true focus of this fantasy anime. The well-written story follows his hero's journey from his lost natal village to the magical forest where he fights both natural and supernatural monsters.

The animation is fantastic, the editing is on point and the arc of the film is satisfying, I just didn't find myself mentally cheering for the good guys to win and praying for the bad guys to lose.

I really enjoyed this movie, like most of Hayao Miyazaki's well known work. It was just way too long.

I'm convinced this is the film Studio Ghibli spent its early years building up to. While previous efforts like Castle in the Sky and My Neighbor Totoro contained mythical elements - sleepy deities, spritely spirits, magic-tinged talents - the influence of god-level beings often feels secondary, relegated to a few enchanting (yet fleeting) glimpses. In Princess Mononoke, such divine creatures are essential, active participants. They speak, argue, swing their weight around. We aren't left to guess about their opinions or motivations, because their words and actions carry such a resonant influence. It's mesmerizingly effective, a contrast between the seemingly petty concerns of human tribes and the mass and muscle of a much heavier entity.

Mononoke represents a huge step up for the studio, particularly in that sense of scale. Rather than maintaining the quaint, intimate essence that typified their early output, this time Ghibli has gone sweeping and epic. Everything, from the ambitious, enveloping symphonic score to the wide, gorgeous landscapes and distinct environs, emphasizes this point. We've left the village to find there's a broad undiscovered world out there. Yet the distinguishing little touches and unspoken human gestures haven't been lost in the transition, either. It still looks and feels like a Miyazaki movie, calmingly earnest and heartstrong, but the canvas is larger and more potentially powerful. And man, do they make the most of that promise.

I remember watching it when I was a kid and it seemed really creepy. Now I'm 26 years old and it still creeps the hell out of me.

A great poetical film. The animation is fantastic!

Another great movie by Miyazaki, solid 8.5 stars. It was really sad to see forest Spirit die because of greed. As many movies of Miyazaki this is a critic of society, we have greed, hate, destroy the environment and mass murder animals so that we can eat their flesh.

Phew< A lot happens in this film. It has an epic scope: political strife, eco-messages, natural and human violence, romance, deception, misguided philanthropy. Where to begin? First, I'd issue a warning that about the violence, unfortunate word choices and uncomfortable life situations for consumption by young audiences. This was unexpected, so I spent quite a bit of time surreptitiously observing my 9 year old viewing companion for adverse reactions. We also had a good debriefing conversation on the way home from the movies. I feel confident that I did not return her to her parents scarred for life (once again >phew<). Apart from those concerns, both she and I really enjoyed the movie. The artwork was superb, the characters were well drawn, the action was fast paced, the suspense was compelling, the voice talent was superb. Truly, is there another studio that surpasses Ghibli in its field? I give the film an 8 (great) out of 10. (I will have to come back to this review with my young reviewers rating and reaction (our conversation never circle back to those basic conversational points we usually cover on the drive home, but, hopefully, we'll revisit those and share them here.) [Anime Adventure]

As habitual from Ghibli, very well drawed, but the story of pig gods, and wolf gods i simply doesn't like it.
the story is bad 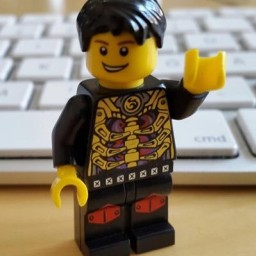 As a kid and young adult I was never into Manga or Anime or Japanese culture, so I believe that I've actually never seen a Japanese Anime before this one. I did watch the Last Airbender series, though, but even though they use the typical Japanese Anime style I'd feel like cheating if I'd list that as an Anime, because it's a US production.

However, as someone that is interested in movies and talks to other movie enthusiasts, there are certain Anime movies that you will simply hear popping up. Director Hayao Miyazaki and his Studio Ghibli productions for instance, and Princess Mononoke as one of his works is - according to many - something you should have seen. His works are celebrated as classics, even among non Anime-enthusiasts, his movie Spirited Away is listed in Steven Jay Schneider's !1001 movies to see before you die", and in the IMDB Top 250 movies you'll even find 6 of his movies, one of them being Princess Mononoke. This is just one reason why I always planned on giving those movies a try - I just never came around. Another one was just added recently as I started learning Japanese and saw it a good practice to watch movies in Japanese. And a third reason was a recent special in a YouTube format I like to watch (for the German readers: "Rocket Beans TV's Kino+"), where the guests talked about their Top 20 anime movies.

So finally I got myself the Blu-ray to もののけ姫. I actually really wanted to get the Japanese releases on Blu-ray but as they are extremely expensive, I settled for the German Steelbook releases which look fine as well (but unfortunately don't feature the Japanese Titles). Mononoke was the first I got, because it was the one with the lowest availability. It wasn't the movie that I was interested most in (that is actually "Spirited Away" but that is already out of print :( ), but it became the first I watched.

As someone who isn't that deep into Japanese Anime Culture the movie was somewhat confusing at the beginning. There where a few things I did not pick up, and this might have also been due to the fact that I watched it with original soundtrack and German subtitles - I feel like it's much harder to read subtitles on animated movies than it is on live action movies. But even though I was sometimes a bit confused about the behaviors, I generally enjoyed the movie. It had a few really cute ideas, e.g. I enjoyed the "Kodamas" as they are called - the wood spirits. And I liked the general idea of the Shishigami - the forest spirit. I did expect this movie to be much more about the girl (called San, not Mononoke - also she is not really a princess - so the title is a bit puzzling) though. However it is told entirely from the perspective of prince Ashitaka, who is actually a prince who got attacked by a vengeful spirit and tries to find a cure/and or the cause of the demons existence and finds it in Lady Eboshi and her Iron Town, who seek to destroy the forest and by doing so defeat all the Gods and spirits that dwell in it.

As you might already have heard out of the small plot summary, this movie bears a deeper meaning, and it is really strange from any western movie, because even though we get a typical antagonist, we actually never ever really get a showdown with her. She is still treated as someone who is good and protected by our protagonist, even though her actions are pure evil and threaten the world and are the cause of curses and wild demons savaging the nearby villages.

All in all, it's an interesting movie, it has a deep meaning that we should all think about, yet it is also really strange and at times confusing. I feel like I'll have to watch it a second time, and maybe at least once with German dubbings.

I was excited though. The art is beautifully done, and there are really creative ideas that went into this movie. I am probably still not an Anime/Manga guy - yet even I can realize that it is worth a watch.

Reviewing a film two decades after release is a fickle matter, and while the initial impact and cultural context are lost to the new viewer, the themes and messages aren't. Princess Mononoke is a proud and patient venture into the literary familiar.

Literally my favorite movie. I first saw it when I was 10 and have loved it ever since. I love it's environmentalist message and gives me greater pause to consider our effects on the earth we live on. It has, in my opinion, only gotten more relevant in time, especially in light of the recent election here in the US. It makes me work on striving to see with eyes unclouded by hate even when the horrors of the world make it hard to do so. I see something I didn't notice before each time I watch it. It is simply a masterpiece.

I guess it is good for anime. It did look amazing. I'm thinking anime is just not my thing. Why do so many have to be about demons and spirits? I just can't relate. It was a real struggle for me not to fall asleep in the middle of it. No matter how hard I try, I always seem to find anime a bit too ridiculous. 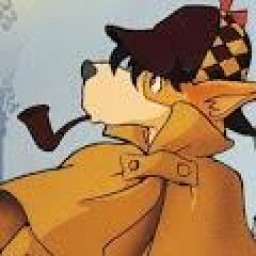 Unbelievably amazing movie. I first saw this before it was translated while with a dear friend. I next saw the preview screening only to discover Neil Gaiman was sitting behind me (he adapted the English translation). Very cool guy to talk about it briefly.

Watched it again tonight (for maybe the 5th or 6th time). So beautiful. And the music is perfect.

The kiddos loved it. First time for them.

My first gory anime. Loved it back then and love it now.

epic just epic and wow i have nothing to say

I seriously think this is the best animw movie EVER!!!! No competition

This is one of my favorite movies. Its set in the middle ages of Japan where gods and demons still walk among us. The prince Ashitaka must go on a long and difficult journey to get rid of curse that slowly eats him alive. He makes new friends and enemies while he is sucked in a war between humans and boars 5 meters (16 feet) high. This movie should have gotten an Oscar for animation or at least been nominated. Its sad to know that outside Japan this movie did not receive the credit it deserved.