Tarantino’s debut is still one of his best films. The opening sequence has been often imitated and referenced, but it does showcase Tarantino’s use of banter, natural dialogue and pop culture to bring his characters to life. Here it works well, immediately giving the audience a sense of all the important personalities within the film and the relationships between them. By dropping us into the aftermath of the heist, the film’s strength is in the use of flashback to build intrigue over what happened, but equally important is the hook that there might be an insider. This allows Tarantino to gradually develop his characters in the flashbacks beyond simply focusing on how the dilemma they find themselves in will be solved. Buscemi and Keitel in particular stand out and whilst Madsen has repeated himself ad nauseam in other films, he is still effective here. The soundtrack and costume design all serve to emphasise how hip and cool the characters are, but this is punctuated with the violence that remind us they are brutal too. Its this juxtaposition of coolness and violence that marked the film out as something different, no more so than in the still shocking scene of Madsen torturing someone. Some of the flashback scenes do occasionally outstay their welcome, though there is a lot of humour drawn out from them and the authenticity in his dialogue that Tarantino appears to strive for is sometimes stretched as characters vie to show who is top dog. But these minor quibbles don’t stop this from being a tightly edited and well paced crime thriller. 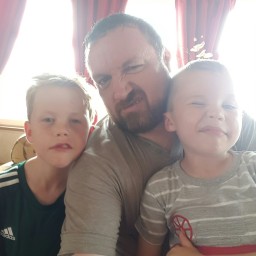 I still remember the first time I saw this movie, a midnight showing at my local cinema, absolutely blew me away, this is an outstanding film, one of the best debuts by any director ever. Just rewatched a=gain tonight and evrything is top notch, obviously we have tarantinos excellent writing, how the film does not follow in a chronologicl order, his brilliant direction, but also we have some outstanding performances, every actor is fantastic in this, right down to Oficer Marv.

The Five Faces of RESERVOIR DOGS

The opening scene introduces our characters, and even though we hardly learn anything about them we already feel like members of their little group. Hearing them discuss Madonna's music and tipping culture feels very down-to-earth.

Most scenes are long and contained, so the film feels almost theatrical in its presentation. Amazing performances and great dialogue move the film forward.

The overall story is like a farce or a Shakespearean tragedy, down to the ridiculousness of the plot and the lunatic characters.

A special nod to Steve Buscemi (Fargo, 1998) in probably one of his most intense parts. He absolutely shines as Mr. Pink and puts in a career-defining performance.

Harvey Keitel (Thelma & Louise, 1991) and Tim Roth (Rob Roy, 1995) put in the best performances; they're hilarious, furious and tragic all at the same time.

The furious and energetic fighting between the characters is absolutely a joy to watch and forms the basis of the movie's plot.

Reservoir Dogs contains several moments of brilliance, such as Keitel and Buscemi screaming at each other, Mr. Orange's little story to his partners or Mr. White (Michael Madsen; The Hateful Eight, 2015) dancing around a cop while torturing him.

Interesting choice of story progression, in true Tarantino fashion. We begin with the aftermath and the mystery and end with everything leading up to it. It's the type of non-linear storytelling Tarantino is famous for.

The ending is bizarre, over-the-top and incredibly theatrical. It's not the most creative Tarantino ending but is definitely memorable.

The film is extremely slow, as the dialogue and performances move the plot forward. Many scenes drag out for so long, that you forget their significance to the plot.

The scenes set in the past with Joe are meant to bring some exposition, but aren't as interesting as the scenes where team members interact with each other.

The simple story is stretched out to an extent, with the script staying on the same subject matter for quite some while before moving on.

Half of the gang barely appear in the film, which is a pity, since it would have been interesting to get to know Tarantino's interesting characters a little better.

The overall plot is a bit of a disappointment. No big twist or surprise, very little to chew on or contemplate afterwards. There's little reason to revisit this film.

I can't hear Stuck in the Middle with You without thinking of that scene every time. There's some fantastic dialogue, good acting, and engaging storytelling. Tarantino delivers a great movie his first time directing.

One of my favorite movies of Quentin Tarantino. The plot remains constant throughout the film.

7.5/10 Great debut for Tarantino and i really like his style but i expected more from this one..Still an enjoyable movie though.

I urge future viewers of this movie not to instantly compare it to Pulp Fiction and enjoy it as it's own film. An interesting thrill-ride crime drama from beginning to end.

A truly fantastic film player wery well whit high-level Actors, Tarantino never fails to surprise.
I can,t believe how I ever lived without seeing this movie. 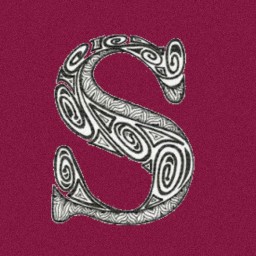 Besides Pulp Fiction, Reservoir Dogs is my favourite of Tarantino movies. A stellar cast, nice music, and a fresh script... This movie is awesome!

I use to dislike this movie as I was too young for it, but now on a second watch years later, I absolutely loved it. I really have evolved as a specie.

The dialogue, acting, directing, music and the ending. What's not to like.

Also major praise to Tim Roth, who spends most of the movie on the floor dying and crying in pain while drenched in fake blood.

I am pleased to say that is one film that has stood the test of time.
To the best of my memory I had only seen this once before and by watching it again after so many years has not tarnished the memory of this in the slightest, if anything I may be giving it an extra point than I would have done way back when.

this was not as good as i remembered it. Hence the 5

I must say it bothers me giving an 5/10 to one of the most loved Tarantino movies, but this movie just didn't surprise me.

I am new to Tarantino movies, I have only watched this one and Pulp Fiction, however, I loved Pulp and 'hated' this. And their from the same era, I thought that I would love this one too.

The story was ok, but the development was not so 'ok'. I got the idea of giving us the necessary at the beginning and throughout the rest of the movie, the story was going to complete. But, meh.

The characters were nice. I love their acting, mainly Mr. White. About Tarantino himself, I think he must stay behind the director chair (tho I liked more his role here than in Pulp Fiction).

I'm willing to giving this movie a second chance one day, after I raise my cinematic culture, but rating are always, ALWAYS personal based, so, most of the times if you just don't like something, you don't.

About 15 min was all I could muster, I´m just not a Tarantino type. So forgive me the low rating it´s totally subjective.

Completely overrated, worst Tarantino movie. The story is very boring and pointless. Only the opening scene is good, after that is a trainwreck.

I liked this film, surprisingly, since it's really not my type of plot/genre at all! Probably my favourite Tarantino film besides Pulp Fiction (so far)

For me, the best Tarantino movie.