Robin Hood is a greatest hits album by a cover band. Without trying, I caught references to Batman, Prince of Persia, Matrix, 300, The Arrow television series, and the worst parts of Shakespeare in Love.

If this film had one original scene it would fall in Sherwood Forest where no one would hear it. Or see it, which would probably be better, despite one or two striking images of cinematography.

ok, if little John is played by a black actor then Nelson Mandela could be played by a white actor, in the name of equality.

Did I just watch a 2-hour episode of CW's Arrow?
....are you sure?
I love a good bad action movie, but there was some aspects of this that were really just distractingly bad. Like the costumes. Who designed these costumes? It's a weird mix of Forever 21 and late '90s Hot Topic, with some genuine rags-as-clothes for the unnamed peasants. I <3 Taron Egerton, and he held the role well -- super charming, great in an action role, &c. I just couldn't get over being thrown out of the movie time and time again by the...well, the distractingly bad stuff that I mentioned earlier. We're supposed to believe that no one knows who Hood is, even though this lord just came back from war and is regularly seen around town with the same guy who is traipsing around with Hood? Who just so happens to be a POC in medieval England with facial brandings? Oh okay.

This movie is just not good enough even though it tries, and probably tries to hard, to be likeable. The script is feeble, the actors barely engaging, the pop culture references too obvious, don't start me on the army tactics, the ridiculous Gatling gun like crossbows, the costumes (especially those at the party scene, worth the worst of a Philippe Decoufflé show). Only some combat scenes were credible enough to retain my attention. Not to mention the butchering of the Robin Hood tale. This should get a 4, I gave it a 6 because i happen to like Jamie Foxx

I'm all for radical retakes on a story, but sometimes too much is just too much. It plays fast and loose with the mythology to try and squeeze it into a more modern, militaristic sensibility, and it comes off as more laughable and cringeworthy. I will say though, there was some genuinely awesome action set pieces...

Honestly a really entertaining movie that made Robin Hood for the new generation. It doesn't have all the elements but I really did enjoy it and they set it up for a sequel. There is a bit of cheesiness but it just adds to the character and makes it for a modern medivel super hero and more. Watch it and have fun.

Big, Loud, Dumb and not that fun. This would have been 10 minutes shorter if they just played all the slow-motion shots at normal speed.

This is not film, this is shit.

I think it's a very good movie. I really enjoyed it. It has action, some romantic moments and some very funny moments. Ok, I suppose it's a modern version of Robin Hood, and it's kind of hard to get into it (all this modern changes), because a lot of modern movie are definitely a rubbish. I think it has everything that a good movie needs. Although, I was very critical after reading some reviews about the film but I did not find anything that could disappointed me.

Terrible. I understand what they're trying to do with these retellings but this like the King Arthur movie from last year is just awful. Making an Ivanhoe movie that includes this character would be a better route to go instead of making Robin Hood into "something else."

This is Robin Hood for the new generation, with a superhero-alike origin story and a flashy visual style. Your enjoyment of the film will vary - purists may not like the films look or changes - but it has some appeal for modern audiences. Still, it missed the target with it's storytelling, and while a sequel is set up at the end, I doubt the filmmaker's will give this another go, particularly after the poor critical reception so far.

Jamie & Taron should do a comedy movie very soon! i kinda liked this one idk. i'm tired!!

not as bad as everyone says

Lame. I understand that is a known story, but paying on theathers to see the TVShow Arrow? How can these guys produce the same fights, the same explosions? If the staff can give an future leather jacket to the Sheriff, it can be also upgrade in something. The only thing new is the "2 arrows per second" type of shooting.
The last had Russel, this ....

Where Taron Egerton is playng, you know that will be a very good movie.
Its very good,that scene when John trained Robin was very good.
The problem is the movie is not the story from the book, but its ok.
Was some boring scene like the metting with the sherif, robin and 3 lords and another lord.

It was fine until that horrible gangs of New York ending what the hell was that.....so dreadful to watch....worst Robin Hood adaption

I think I saw maybe one or two previews for this movie. I love the story of Robin Hood. Sadly; this movie is forgettable. Some of the action scenes were cool, the rest was pretty sub par and unconvincing. I did make it through it. It was watchable for me.

It's not the greatest movie to choose from, it's not even the best Robin Hood movie and yes it's not the most original movie and looks like it drank from a lot of fountains for inspiration, but if you forget everything else and try to ignore the almost perfect clothes they are wearing like it's some kind of mediaeval recreation thing, you can get the good actions pieces, the good lord about the power of action, more then the strength of the word and how some can inspire many, but you need to dig deep to extract that and ignore something's that does not make sense. 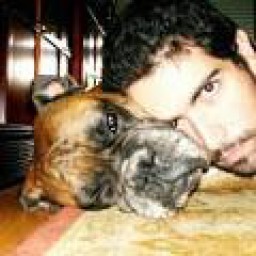 Movie shot as a comic with characters appearing on the screen without any background.

I've never seen such a...... There is no historical truth, especially concerning the costumes..... it was funny to watch doubtful by historical means movie. Only because of ridiculous character of the movie put two stars.... in other case it deserves 0.

Total garbage. wtf was that?

too ducking fluffy and predictable for my test

It is a Very BAD Movie and when you decided to call it Robin Hood you made it a TERRIBLE MOVIE please STOP Killing Classics with stupid remakes like this.

♪ ♫ And just show a lot of things happenin' at once.
Remind everyone of what's goin' on.
And with every shot, show a little improvement
To show it won't take too long.
That's called a montage.
Even Rocky had a montage! ♫ ♪