These 2 make a terrible buddy cop duo, but the entertainment value of this is so over the top and fun it's easy to set aside the negative! Guns, explosions, a relentlessly somehow unstoppable Asian gang, endless one liners (again here, Lee is an awful actor, look past it), Tia Carrere, nude sushi, the list goes on. Make this your next choice!

A lot of early 90s excessive violence, and some nude Tia Carrere. What's not to like.

Showdown in Little Tokyo is not much when it comes to story. It turns on the action immediately and stays like that throughout. The dialogue is extremely stupid (borderline cringy in places) and the acting is not much better. The wardrobe is also interesting, but it IS a movie from the early 90s, so I can hardly hold that against it.

With all this, one would think this movie is a trainwreck, but no...Showdown in Little Tokyo is a surprisingly watchable action flick. At least for those of us that grew up on these movies back then. Does this mean you should search this one out?!? Nah...catch it on late night TV instead. 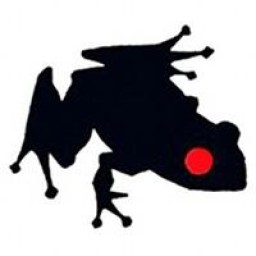 Typical late 80's early 90's buddy cop action movie mixing in karate and the Yakuza. This movie is squarely in the "so bad it's funny" camp. The other guys LOVED this one, I just didn't really care for it. We did laugh a lot.

Dolph Lundgren had some crazy ridiculous outfits and Brandon Lee has some lines that are so awful I felt bad for him... Also had Tia Carrere pre-Wayne's World and Al Leong as... another henchman (really want to see the documentary on Al, aptly titled "Henchman").

For a movie with both Dolph and Brandon Lee though, I thought the fight scenes were surprisingly mediocre.

Soo ridiculous and over-the-top, but it's still classic action fun. Two best parts for me are Lundgren just causal flipping a car on its side for protection from gunfire. And Lee's line to him later on "you have biggest dick I've ever seen on a man". Do action movie one liners get any better than this?!