What an amazing episode of Black Mirror.

With an interesting approach, it proposes themes that it doesn't explore, because it chooses romantic sentimentality over existential dystopia, embracing the love story to the detriment of science fiction. It is such a maudlin film that it does not even manage to convey emotions, and loses the opportunity to reflect on the condition of the human being faced with the possibility of going beyond one's own mortality.

'Swan Song' doesn't dig as deep as I thought it might have, though it is still a film I found to be intriguing.

It has a fab cast list, with Mahershala Ali producing the goods in the lead role. Naomie Harris, Awkwafina, Glenn Close and Adam Beach also feature. I kinda feel like I wanted to see more of them, though that could just be as actors - rather than their characters, who are shown enough.

This 2021 film holds a lot of heart so it's difficult not to attach yourself to the story, in that regard I particularly enjoyed the ending. It's a slow burn but never drags. 3* for me, it's worth a sit through I'd say.

Generally wasnt in the best of moods, feeling rather unwell too.. yet decided to watch this. Was as bleak as I expected, however beautifully done. Also asks the viewer a lot of questions.. mainly the question of.. would you do such a thing?

also never has Awkwafina made me sob before until this film.. really was great to see her cast in a role which didn't only lean into her comedic style

A meandering first half gives way to a dynamic, sometimes devastating second. Worth sticking with.

Very slow pace, but beautiful and thought-provoking. I really enjoyed the creative new arrangements of familiar tunes which make up this fabulous gentle soundtrack. 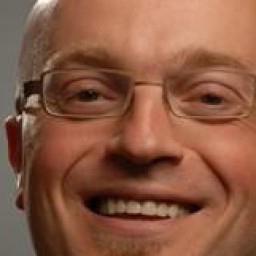 Star Trek V: “They're the things we carry with us, the things that make us who we are. If we lose them, we lose ourselves. I don't want my pain taken away! I need my pain!”