Solid movie and pretty looking (+1 rating for that). Glad to see that Shinkai is moving forward and for once not doing "teenage romance" nostalgia. 5cm/s & the Place Promised in Our Early Days while pretty looking just didn't work storywise for me. Voices of a Distant Star was fine (only read the manga though). Props to keeping the story relatively short instead of bloating it.

I have never seen such a clean animation movie, the drawing and animation is just breathtaking !
I didn't really know what to wait from this film, as I just had this film in my list and I didn't know Shinkai. I saw Kimi no na wa a couple of days before and realised I had this film from him in my list, so decided to give it a go. I'm not such a fan of romances, but I have to admit I really enjoyed it !
the background of each character is shown piece by piece throughout the film, slowly revealing them, with numerous (maybe too much ?) shots showing the city or the scenery to keep the pace slow but steady.
the music is quite good, with sang parts and instrumentals, I must say I was fond of the atmosphere.
I was surprised by the length, but I have to admit that it prevents the film from being sluggish and boring.

Clearly, I'm rating this a 9 for the drawing style and the atmosphere, while I would rate the overall story a 7-8, great work !

i can find lots wrong with this film. the basic premise of the story is great. just the execution of it is really lacking. i think it could have easily had a more profound effect if they were closer in age. why did it have to have the ick factor of him being in high school. couldnt he have been in college at least? much more that i found forced and contrived but it would all be spoilers.
i could fap all day to the scenery porn in this. clouds, water, rain, lightning, lens flare inducing sunsets/sunrises. absolutely beautiful. but increasingly thats the only good things i can say about his movies. 5cm was his peak.
its only 45 mins. watch it but dont expect anything that great.

Breathtaking animations and a solid set of music throughout. You feel a slowness to the film at times, that builds slowly until the release. But it worked for the film.

There could’ve been more said, more words to explain how the characters felt. But I think it was more impactful because of what wasn’t said.

In a very short amount of time that the film takes, I was able to empathize with the characters and I love the relationship between the simplicity of their lives and the complexity of their emotions.

When the characters finally opened up to each other, it felt like a breath of fresh air. They were each drowning in their lives, lonely and looked down upon. But together, they could finally breathe.

It’s a simple story, but poetic and meaningful.

“A faint clap of thunder;
Clouded skies;
Perhaps rain comes – if so, will you stay here with me?”

“A faint clap of thunder;
Even if rain comes not;
I’ll stay here, together with you…”

My ratings do not justice what this movie is , an absolutely beautiful poem. I'm still trying to find meaning , and so my premature ratings are just superficial impressions.

I find it hard to get into a movie whos biggest problem is caused by teenage gossip,
never the less the animation is gorgeous.

A very fine and detailed animation and good rain effects, it was a bit dramatic but overall the story and movie was good.

This movie has been rightly dubbed 'Anime Wallpaper: The Movie' by the anime community, and for good reason. It's absolutely gorgeous. You can put this on during any social gathering and either put it in Japanese or just turn the sound down, and you've got art on your TV. The story was okay, but I was blown away by the visuals.

Very elegant and delicate movie with stunning animation. You've never seen a better Tokyo or Shinjuku Gyoen even in a "real" movie.

the only good thing about this entire movie was the animation. 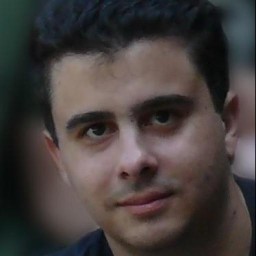 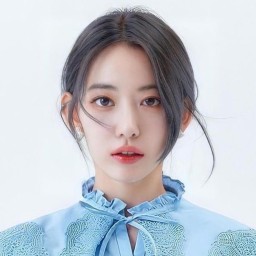 I love this movie

I absolutely loved all of the scenery: simply beautiful and perfectly executed. But I consider that the story itself could of been improved. Maybe falling in love with more adult people (even though he had a mature attitude) and feet are more praised in Japan, I don't know. As this is coming from Japan, there could be some cultural perspectives that I can't evaluate as I'm from another country, but still worth watching for all its scenery.

My favourite ComixWave film since 5cm per second. Visually beautiful and conveys a great mood and message too.

This movie is so beautiful. I'm trying to find something wrong with it, but I just can't... 45 minutes you won't regret!