A surprisingly efficient huit-clos / chamber thriller about a man with a past working the phones at a Danish 911 call centre.

Because the entire film is set in one single room, the success of the project relies entirely on the script, the director and the actor. If any one of those three comes up short, they take the entire movie down with them. Fortunately, this is not the case. Director Gustav Miller is able to maintain the tension to keep the tight script taut (for the most part), and lead actor Jakob Céder immerses us in the film with his portrayal of the hapless officer.

Only a tad reminiscent of the similarly themed Halle Berry vehicle The Call, the plot twists keep the viewer guessing long enough to justify the Audience Award Den Skyldige garnered at the last Sundance film festival.

DISCLAIMER: I did not see this movie in its original language(Danish), but in a dubbed version(Italian). I may have missed some nuances.

My main worry going into this movie was that it would be far too introspective. Thankfully, a short runtime(about 90 minutes) and great acting/directing addressed that problem in a brilliant way.

The story starts slow and then gets more interesting as the movie goes on. Without spoiling anything, I'll say that while there is only one character and one location on screen, there are many more that you don't see but instead only hear. That keeps things fresh as the protagonist moves between different situations that the viewer don't see, but can imagine.

Great performance by the actor, it's not easy to act in a believable way when you are just talking on the phone without no one in front of you. Well done.
Not totally satisfied with the voice acting of the people on the phone, but that is probably limited to the italian version I saw.

Good work on the cinematography. While the location was pretty basic, every shot was well framed(I especially liked those in the dark) and they helped convey the emotion of the police officer even when he was not talking.

The script was written with very concise dialogue( as one would expect to find in a 112/911 situation).

Overall, a very good thriller that will keep you on the edge of your seat without showing you basically anything. Nice story with interesting psychological implications that are not excessively explored. Almost a must-see.

A film set entirely within the confines of a call centre. Pretty boring, right? Not guilty! This is a tense and gripping film; see it before the inevitable Hollywood remake throws in a love interest, car chase, and a shootout!

The Guilty is the most effective example of single location storytelling I've seen in quite a while.

The script is incredibly tight and the one location conceit definitely didn't overstay it's welcome, which can often happen in movies like this.

I thought the major heartbreaking revelation really was a revelation, I wouldn't even call it a "twist", because it felt so natural in hindsight. It immediately recontextualises everyone's actions and they make perfect sense. For whatever reason I felt so uneasy when Asger told Mathilde to wait with Oliver but I still wasn't expecting what ended up being revealed.

The whole "cop who did a bad thing and now needs to deal with the emotional trauma of that thing" is dealt with in such a trite manner in many movies, but because of the parallels with Iden's situation (ie doing something you felt was right in the moment even though you ultimately know it was wrong) it actually felt completely believable that he would face it/admit it/etc. the way he ends up doing when talking to her.

Great movie - I'd recommend it.

I tend to enjoy movies w one main (visible) character like Buried/Locke/Oxygène. This one was quite good. I'm on the edge of a 7-8 but feel it falls right at 7.4. Very good for what it's trying to be, but not quite that elite 8+ tier. Very close and definitely worthy of your time for a one time watch. Excellent tension building with him crusading to get this case sorted out by any means he can think of. Still it has its limitations overall.

Fair enough movie with some good plot twists and good atmosphere..Nothing special but still i reccomend this if you have nothing better for watching! 7.2/10

I can't remember when was the last time I was so engaged with a movie that I forgot to breathe from time to time. This movie brings excitement and attention without blowing us away with CGI effects or hundreds of ammo shells dripping on the floor. If you are looking for some action, this movie will not satisfy you, but if you up to a great thriller don't even think about it but go for it! 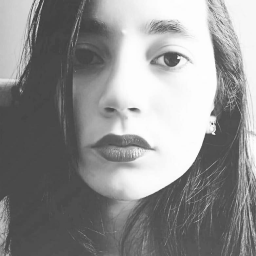 A bit predictable at times but a good thriller nonetheless

Amazingly how intense and drama-agony this film was with one actor only and almost a single-shot camera. Fantastic script, an independent gem that no-one will see but this movie deserves recognition. It had me on the edge of my seat and the ending dialogue of the Policeman was unique. The director did an amazing job.

Honestly, something bad happens with the police in Denmark. The film uses a good narrative ploy that allows you to save a lot of money on its production, but it is more a radio show than a cinema.

A good movie & I can only say that sometimes nothing is what it seems.

This film started innocently enough - a curious call to a Danish 911 (or was it 1-1-2?) operator that appeared to be some kind of prank.  Where it soared from there was quite impressive.  This movie was tight as a drum and 85 minutes it did not waste a single breath.  For a while it reminded me a lot of Locke until it grew into something much deeper.  It is really amazing how such a simple room can provide such gripping drama - in that sense it reminded me very much of Glengarry Glen Ross.   I loved the final scene as it seemed to tie together the moral questions that the film touched on.

One of the best movies of 2018. Please please please watch this movie. The best thriller, Intense situations, gripping story, amazing dialogs.. All in one room!! Bravo!

A 90 minute tense thriller with basically a single actor in just one room. It focuses on a police call centre operative who receives a call that will potentially alter the course of his life. Think 'Locke', but about 20 times better, and no terrible accents. This is Director Gustav Möller's first feature, which is mightily impressive.

To reel the audience in for the entire time takes a mighty effort script wise, and Möller pulls it off nicely. There are a few flaws in terms of the character's actions but it is a very fine first effort with a couple of twists and turns in the second half of the movie.

The movie's themes touch on morals and assumptions, and perhaps nods to how we in the Western world perceive/judge others in an automatic fashion in a post truth age. The sound editing is also noticeably effective.