For so long I avoided this film simply because of the awful ratings. I mean 4 on IMDB?!? Must be garbage, right? Wrong.

If you saw The Last Exorcism 1, then do yourself a favor and finish the story. Don’t go in expecting the world or anything, but it’s an entertaining ride and finding out how things end for Nell is not a mistake. Was well worth the 88 minutes I spent watching which, in the end, isn’t that what matters?

Making every mistake possible, The Last Exorcism Part II has none of the wit or terror of the original. Reverting to a formulaic and stereotypical horror film, the story follows Nell Sweetzer as she recovers in a halfway house following her ordeal with a cult, but the evil continues to stalk her. The switch from a documentary to a narrative doesn’t work, and Nell isn’t a strong enough character to carry the film. The Last Exorcism Part II is a massive train wreck that has no concept of what made the original so compelling.

I remember i watched it cause i had a free ticket to this. and i remember i wanted a refund for just the time i lost.

I'm not sure what to write here. Unfortunately we didn't realise this was the second part of a movie already so we didn't understand the back story. Even the story itself seemed really confusing and we didn't get most of the things happening.

Okay, so this film continues to follow the story of Nell, which I suppose was the best route a sequel could go. They could make it more of an anthology series where someone else tries to do something similar in creating a final exorcism, but that would just be more of the same. They at least try to do something new in the sequel. Just one problem, it’s not a mockumentary, so it broke the filming style of the first. They also tried to get away with more explanation that this could all be in Nell’s head, which we know it isn’t, so why even try? Further than that, this feels more stereotypical, and in some regards, just weird in unexplained ways.

Let’s get past my first impressions, though, and break down The Last Exorcism: Part II to interpret the stars.

First up, we’re looking at the people category, which really didn’t score all that well. While the first film did an okay job representing the characters, I don’t really think the same here. The characters, in general, were all mediocre and ultimately stereotypical. It’s nice that the same actress came back to portray Nell again, but I think her story has already been told and it’s overdoing it at this point. The acting was okay, but once again, heads into madness territory by the end. The casting was fine, but they could’ve cast anyone in the roles. Importance-wise, I had a hard time really following the actual story, so I can’t really say if anyone individually added to it or not, as it seemed aimless as it was. As for chemistry, they tried to add a little crush in the film, but still, I didn’t feel the connection.

Next up, we’re loading up the writing category, which really didn’t do so well. The dialogue was fine, but nothing really stood out there. It was interesting enough, given the fact that it was a sequel to a movie with the title “the last” of something, but it had some really big issues. It wasn’t very balanced. I didn’t know what was up, what was down, or really what they were going to do. It all felt a bit random, and because of that, the story really wasn’t any good. What even was the story? I’m not really sure because impression it did not make upon me. Was it original? Not in the least. Like I said before, it turned into stereotype city.

Behind-the-scenes wasn’t too bad, though. Because they didn’t further the mockumentary and found footage angle of the film, they were able to explore the visuals a bit more. While I don’t think it really used any special effects, the use of the actual camera angles and everything was pretty unique throughout the film, which I’d normally credit to the director, but the director is also responsible for telling a story effectively, and the director just didn’t do that with this film. Nothing stood out as great with the editing, and the music is mostly just fine throughout. Finally, I do consider this as-advertised, so that’s good.

Onto the narrative arc category, which didn’t do horrible, but still could’ve really used some help with the inciting incident. It just wasn’t really all that clear. Is it when Nell is put into that halfway house? Doesn’t seem like something she can’t go back from. I had to give inciting incident a zero. Even the introduction isn’t fully clear. It’s just a continuation from the last film, so the last film would ultimately be the introduction for this film, and that’s just not smart planning, so I’ll give half points there. The rest was fine, though. There were clearly obstacles in this possession flick, the climax was a culmination of everything else, and there was a very clear and evident falling action and return to the new norm.

Now we have to look into how entertaining The Last Exorcism: Part II even was. Well, from a certain standpoint, it is cool to see Nell again. Her character in the first film poured out the idea of an innocent girl, or innocent soul if you will. Say what you will about either film, she makes the films fun to watch – even if it is by a small percentage. If it weren’t for her, the entertainment score would’ve gotten zero points. Rewatchability? Not in a hundred years. An impulse to buy it? I wouldn’t even want to own it as a gift. An impulse to talk about it with others who haven’t heard of its existence? I think I’ll feel better as a person letting them think the first film was the only film in the franchise. Does it suck you in? It makes you mostly want to punch yourself in the face, so no.

For the specialty questions, I asked some pretty typical questions. How does it fit in with the monthly theme of mind control? About as good as the original in that it’s not a major focus. Both the mind control theme and possession theme are visited in this film (obviously), but like the first film, it tries to question the validity of the things happening in her life, which means it’s not a true possession film until the end. How does it fit in with the first film? Not all that much. Apart from not being a mockumentary anymore, we’ve already heard Nell’s story, to further include her in this film is just stretching things out unnecessarily. Plus, because of the things she’s been through, she was trying too hard to act like the same person as before…I just didn’t buy it. How was the horror? I think it did have some creepy elements to it, but it wasn’t a scary movie. Finally, was it halfway decent? For that question, I’ll have to say not really. I don’t think they achieved what they were ultimately going for with their target audience. They were trying too hard to revamp a story that’s been over and done with. The Last Exorcism is a title that only really makes sense with one movie, anyway. So, take that as you will.

This is one of those sequels that wasn't needed but welcomed in hopes to make up for what they did with the silly ending of its predecessor. Make no mistake this isn't a horrible movie, it is actually still pretty entertaining on some levels, just doesn't push the limits like it should have. The ending proved to be a bit of an interesting direction to continue the series, but was just a bit too little too late to pack the punch it needed. 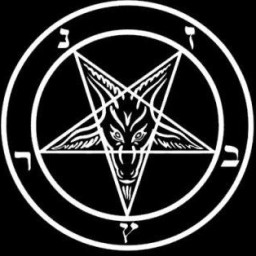 The first one was like... OK, this one was really bad. Can`t suggest this for anyone.

dont put yourself through this, just dont.

Better that the first!!!

Too bad they felt making a sequel to "The Last Exorcism" was a good idea in addition to dropping the found footage style. There isn't much going on and the attempts of using jump-scares are insulting. If you feel like watching the movie: check the trailer and be done with it since there is basicly the whole movie in it...