A biopic about a man called Percy who accomplished nothing of mention apart from abandoning his wife at every opportunity.

Very well paced and entertaining movie. There is a lot going on and James Gray never focuses one one thing for too long. I was never bored during the long run time of this movie. Some beautiful shots in the jungle. Charlie Hunnam is great in this, really does a good job showing a man who keeps chasing after his dreams. Robert Patterson was surprisingly good too, I still can't help but think of twilight whenever I see his name. Tom Holland was decent in the part of the movie he was in. Only nitpick with this movie is that it has a little unsatisfactory ending but that is what happened in real life. Nobody knows what happened to Percy.

A very boring movie and a total waste of time, avoid at all costs. 1/10

A very classy film. The music often reminded me of old Hollywood classics. Based on real life events, the story of Percy Fawcett is told very straight forward in this film and the end leaves you wondering if he ever found the lost city or not. But the movie was really beautifully shot and I thought Sienna Miller's performance was especially brilliant.

I’m not exactly sure how I would’ve felt about this movie if it wasn’t led by Charlie Hunnam, but because of that magnificent man and his consistent solid and beautiful performance (which carried the movie, imho) I have enjoyed every minute of it, and will probably watch it again. My eyes were glued to the screen the entire time and I was absolutely sucked into that world and his obsession with the lost city. This man continues to surprise me. In the best ways possible.

In 1925, Percy Fawcett ventured into the Amazon in search of a myth. What he discovered became legendary.

Now, if the movie had focused on that it might have been interesting. Instead we race through the years of his life and stopping every ones in a while for 15 minutes or so. Because of that, the whole thing feels stiched together loosely without ever taking time to explore any event further. We just witness it and jump forward a couple of years. This is not what I expected and so despite the fact it is technically a good movie, I was bored and in the end dissapointed (I apologies for not knowing Fawcetts story I expected he would find the city in the movie). And even as a biopic it didn´t connect with me in a way that I now want to know more about the man.
And now that I think about that quote I used at the beginning: what did he discover, really ?

Movie, get your s**t together, even you don't know what you're about. A tale of man vs nature? An outcast trying to restore his status in a society only to learn that society isn't worth it? The White Man befriending the Natives against the preconceived ideals of his world? Or maybe for a few minutes tries to be a warlike film showing us some of the horrors of the Great War?

In any case, more than two hours of my life that I won't get back.

I knew absolutely nothing about this movie going in. This wasn't a bad movie, just disappointing as I was expecting more adventure discovering a lost civilization. It is more a movie about the life of a man trying to make a name for himself and nothing of the Indiana Jones style adventure I was hoping it would be. Was kind of sad that he had a wife and children with whom he never spent any time. In the end, nothing was accomplished; the Lost City of Z never verified.

A great movie,Charlie Hunnam and Robert Pattinson are amazing actor's...I must say Charlie wife is really annoying,I'm sorry but back in the time it was set in,she would not be questioning about woman's rights,this is stupid PC coming through into movies now...

The Manuscript 512 wasn't found by Nina, it was found by Percy. This feminism sham is outrageous.

It seemed to me that this guy fathered children, disappeared at every opportunity and that somehow his wife managed to raise this children, alone and make a living. I guess part of his expedition monies must have gone to her, thats what it was.

For children who had never seen their father they were certainly open to embracing him and eventually going off on what certainly seems to be a trip to an early grave. As neither Percival nor Jack were ever seen again it's of course all open to guess work

Not quite the journey I was expecting, this true life drama is sometimes as stuffy as the Amazon jungle it's mostly set in. Still, kudos to director Gray for getting out of the urban jungle that his films are usually made in. This isn't a bad film, just a little disappointing... unless you already know the account of the exploration, in which case you may have more respect for the film's portrayal of the story.

A true-life drama, centering on British explorer Col. Percival Fawcett, who disappeared while searching for a mysterious city in the Amazon in the 1920s.

In a world more interested in suits and capes I know that these type of movies have to be made to break up the monotony. But this movie has 0 payoff. 2 hours and 40 minutes of angst. I would like to have my time back. It is probably my fault for not being a historian and therefore not knowing the end of this Tale before the beginning.

This one will be a hard movie for me to judge. I'm just going to have to voice whatever comes to my mind as I'm typing, because this was a very interesting and all-over-the-place kind of experience for me.

Alright, so basically, Percy Fawcett is a British officer commissioned to lead an expedition to find a hidden city in the middle of South America. You pretty much know what the movie is going to be like just based on that short description.

Charlie Hunnam does a great job playing a troubled husband who becomes gradually more obsessed with finding this city, but it's not like he goes insane as a result. Throughout the whole movie, he just wants to find it. It's not like he gets PTSD from exploring the jungle and it cripples his interactions with his family.

In fact, the final expedition has him voyaging off with his son, who actually pleaded to join him. There's a great scene in the middle where this oldest son, played by - 's Tom Holland, starts to chastise his father for abandoning his children and his wife, to which Percy slaps his son as he walks towards him. What makes the scene great is how realistic it is. Families have these kind of dramatic quarrels all the time, and it doesn't affect Percy and his son's interactions. This takes place before the son wants to join him on the expedition.

Robert Pattinson excellently plays Henry Costin, who voluntarily joins Percy after finding out about the expedition, revealing he has knowledge of the Amazonia. I didn't even recognize it was Pattinson until about halfway through the movie, but his acquaintanceship with Hunnam was very natural and likable.

Sienna Miller does a good job with the material she's given. I don't recall her having any giant dramatic moments, just her getting annoyed every now and then. They try to throw in some "feminist" message at one point in the movie, but it doesn't go anywhere and doesn't amount to anything. Still, she did a nice job with what she had.

I think the best way I would describe this movie to someone else is, "It's like if they took and and mixed them up as they please." It's a daring exploration movie that feels like it was made in the 90's. It's a period-piece movie that has the camera work and framing of a movie that was made with 1990's equipment. That sounds like a weird way of describing the visuals of the movie, but you'll see what I mean when you watch it.

Another weird point of the visual style that I kind of liked was the odd choice in the color palette. There are no pure whites anywhere in the movie. It was color corrected to have yellows in the white highs of the saturation. It gives the movie this dreamy feel, something I only started to really notice about towards the middle. Like, the clouds in the sky are fucking yellow. It's weird, but I like it.

The ending is very bold and a little sad, but it's based on a true story, so I can't expect them to have done something different. I'm not going to spoil it and I implore you to not look it up before-hand. Go see it without knowing.

I liked the movie a lot, it's always nice to see something fresh come out into theaters, and I definitely look forward to reviewing more of these kind of movies in the future. (Getting really sick of superhero movies, to be honest). I just think it needed to be tightened up a tiny bit in editing and needed a little better of a soundtrack. Otherwise, it was a great experience.

An excellent film that I cannot recommend due to the surprising amount of upper female nudity. I understand accuracy, but it seems quite silly to rate a movie PG-13 when it has multiple instances (with at least one being close-up) where topless women parade around on screen. It should have been rated R.

It was okayish but It bored me at times.

This movie is a stinker - one of the worst movies I've ever seen and I've seen plenty of bad ones!! 140 minutes of my life I will never get back

Very interesting movie. It's pretty well done and manages to keep you invested throughout. The ending leaves a lot to be desired though, and although I understand why they made it like that, it does make the movie seen kinda pointless.

The feminist parts was also very out of place here, and took away some of the realism.

I had been looking forward to watching this movie for a while, sadly I was quite disappointed. I found slow and boring the only up side was the great cinematography. 6/10 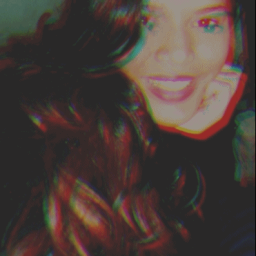 This film was everything I hoped it would be. I took me three hours watching it again at home because I would always come back and re watch the parts I liked most. So good!!! I love it!!