The Man Who Knew Infinity 2016

This movie was a true-to-life movie about the tragic life of the very gifted mathematician and mystic Mr. Ramanujan.

I liked the themes of triumph despite English racism to the Indian people.

And I was most glad to see the theme of Faith in God as the source of Mr. Ramanujan's otherwise inexplicable and seemingly magical formulas that came to him entirely completed --- as if glimpsed from the revelations of God. For, every mathematician, deep down, believes they are discovering something already true and pre-existent to their writing it down. Mr. Ramanujan was simply a better visionary than the rest of mathematicians because his formulas came to him already worked out and seemingly out of nowhere. The downside was that he could not really prove that his formulas held. Nor was it evident from the formulas themselves how to prove them, given their quite esoteric nature.

Mr. Ramanujan credited his flashes of inspiration to God (and isn't The Holy Spirit responsible for all inspiration?). But this belief deeply conflicted with the beliefs of the world-famous and very gifted mathematician Mr. Hardy, who was an atheist. Somehow they made their short and brilliant collaboration work. But the movie does not answer --- and I do not know that it can answer, given the historical information that we have --- how Mr. Hardy could explain the flashes of inspiration that came to Mr. Ramanujan while at prayer; or indeed, how Mr. Hardy could explain the existence and nature of mathematics itself.

I find one particular detail about Mr. Ramanujan's formulas that the title of the movie alludes to quite intriguing. For his formulas are technically wrong, as Mr. Littlewood explains in one of his letters. For they often give results that are sometimes slightly higher, and sometimes slightly lower than the true value. But the striking part is that the error in his formulas decreases as the numbers get higher and higher, so that they end up being absolutely correct at infinity --- if infinity were a place the natural numbers could arrive. It is almost as if he had been given glimpses of the "facts at infinity": the view that God must have, since He is not hampered by finitude. Hence the title of the movie: The Man Who Knew Infinity.

Finally, for those of us who know a little bit about the biographies of the mathematicians of the time, the relationship shown in the screen between Mr. Hardy and Mr. Littlewood is quite heart-warming. It brings life to the well-known fact of their life-long collaboration in numerous mathematical problems.

The story of Ramanujan is fascinating and inspiring, but unfortunately the movie has not presented it well.
Though most of the important biographic details were there, I have not felt connected to or touched by the story. Some scenes felt kind of forced or disconnected from the story (most of the India ones) and others felt too rushed, so they didn't succeed to build the desired feeling.
And of course the rushed ending that was merely presented as a plain text, like we are in wikipedia instead of a movie!
I probably would give it a point less if I could forget for a minute from the historical story and examine the movie by itself.

Lacks some emotion and excitement.

Nice tribute to our greatest mathematician.

Movies and stories about people who made great contributes to the world always makes me feel like I'm in a room full of onions cutting ninjas.

It tells the story of Srinivasa Ramanujan, an Indian mathematician who made important contributions to the world of mathematics as the theory of numbers

I probably wouldn't have cast Dev Patel in that role, but it's not as if I can name another Indian actor I'd rather see in it. There just aren't enough of them in Hollywood. It's frustrating.

The film's dramatic arc feels a little too formulaic, leading me to question the precise order of events in the final act, but overall it's a good watch. Just felt like the script could have gone a bit farther in depth on some areas.

Love Dev Patel in this movie. What an interesting movie - to consider the mystical and aesthetically aspects of math. I appreciated that it could tell the story without trying to explain the math. the relationship between Ramanujan and his wife was a lovely sub-melody. I hope we ge to see more of Devika Bhisa. I give the movie an 8 (great) out of 10

A quiet film about an exceptional man. The mathematics in the film eluded my simple mind, but as a story of an outcast in a world of pomposity I can relate well.

I expected a litte bit more out of it. Still the end is emotionally very powerful and this is a movie well worth the time spent watching.

If you like math, the magic behind pure science and history, you'll surely love this rare movie in an era dominated by superheroes and franchise movies. 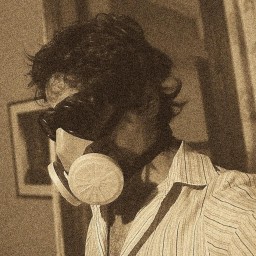 Great biopic about a great mathematician. These are hard subjects but the film manages to explain them and make you care.

Surprisingly deeply felt brilliance and heartfelt in a hard-to-describe way.