YouTube Red is still in its early stages, so there’s not a ton of original content out there, but you’ll soon notice that their numbers are indeed growing exponentially. I’ve wanted to watch one of their programs for a while to see if they are legitimately any good as far as TV shows go, or as movies go. YouTube Red in itself, costs more than Netflix or Hulu, so the real question is…why. Sure, it does extra things like, get rid of commercials and it also allows you to listen to the videos in the background…which again…why? So I still have a hard time validating the cost of YouTube Red, but what about the content? To answer that, I watched their newest original film, The Thinning. How did they do?

Well, this film is a post-apocalyptic thriller that has the likeness of any good young-adult thriller like The Hunger Games or perhaps even Divergent. It’s about killing off kids, but why? Well, the U.N. decided that its growing overpopulation problem needed to be dealt with, so they told each nation to figure out how to decrease 5% of the population. Other nations would kill off old folks, some would change their birthing plans to only one child allowed, and the United States decided their method would to give kids from first to twelfth grade an aptitude test, and the dumbest students are killed off in what they deem “The Thinning”. When a couple of students get wind that the results are sometimes rigged, they go deep to find out how to stop it.

First of all, let’s talk logistics. This movie isn’t as believable as other young-adult thrillers like it because its foundation is the part that doesn’t make sense. Why would you kill off innocent kids…I mean, even down to first grade, to lower the population rates? Other nations are killing old people anyway, why wouldn’t the US? Why not just hold a Hunger Games…I kid, I kid. That being said, no matter how realistic it is, it still chills you to the bone because the idea alone is revolting, and you cannot stop watching. You want to see what will happen. In fact, the more the film plays out, the more political the roots become.

The entire idea of the system being rigged to keep the popular alive and maybe kill off the rebellions is exactly where we are as a society. The rich aren’t imprisoned, the celebrities do whatever they want, and the whistleblowers trying to do the right thing are expelled from the country. It’s almost satirical in that light, but at the same time – the same system is happening in our schools today. Dumb jocks are given scholarships and end up being among the richest in the nation, and straight A students who get a bachelor’s, even a master’s degree in college are a part of the middle class struggling to make ends meet.

As a movie, The Thinning did a pretty good job creating mystery and suspense from beginning to end, and when it finally ends, you want a sequel…which in my book, is exactly how a movie like this should be. Sure, there were certain parts here and there where you can tell it didn’t have the biggest budget and maybe it felt like a Youtube video, but the good part there is…it is YouTube. I think it could benefit from another movie and I hope to see this story advance.

In short a terrible cringe fest!

A few more words? OK then: nice story but low budget drivel with bad casting featuring the i can see colors kid (fake) https://youtu.be/q7Gh_-KDXAk - watch something else.

I like the concept - scary barbaric future. It was thrilling and kept me watching and wanting to know what happened in the story. Loved the ending - definite setup for a sequel.

BUT - holy cow what huge logistical holes. How is there a tiny 2 foot panel in the control room that contains the power for the whole facility? And, it didn't even have any power lines in it? Then, with the power out - they are climbing around some HUGE air ducts - with working lights inside? Cringe worthy!

I would be interested in seeing a sequel though! 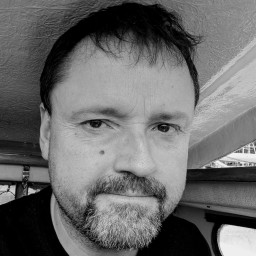 Loads of plot holes and stupid face masks but some neat ideas and reasonable acting held my attention just long enough to the credits. Good enough to watch the sequel. Just.

Definitely better than what I had in mind going into it, but it still had a ton of flaws. I found the premise to be very stupid but its execution was not that bad. Some minor details also don't make sense, and it has the classic "the enemies don't know how to fight" cliche which frankly bothered me a little. So overall, it's not a bad movie, not particularly good either, but it's better than what I expected.