This had none of the style the trailer made me think it would. Very bland and brings nothing new to the table. The only highlight is Matthew McConaughey's performance. Without him there really wouldn't be any reason to see this.

This is a really interesting story that unfortunately the movie never really delivers on. This could just be a case of real life not living up to the Hollywood promise but the movie doesn’t feel grounded enough for that to be the case. Matthew McConaughey of course delivers a great performance and really makes you believe this “lowlife” father is trying to do the right thing by his kids. It is hard to say if Richie Merritt as the titular White Boy Rick either doesn’t have the charisma to carry the film or if the writing and direction just don’t sell it enough. It is worth a watch and it got me interested in the real story, but the movie definitely has the feel of a condensed novel with some important parts missing to make it feel whole. There is a lot of potential but a lot of misses when it comes to character interactions and just how we have gotten from point A to point B.

For some reason, whenever Ricky speaks, he reminds me of Travolta in The Fanatic, he literally sounds brain damaged.

McConaughey and Powley are pretty impressive in this, and the story is kind of interesting, but it all kind of falls flat. It should be much more engaging than it actually is. a big problem for me was the main kid's inauthentic accent, kept pulling me out of the movie and time period, even though everything else around him goes to great pains to portray the period right. It's just okay.

Like others have said the only saving grace for this film is Matthew McConaughey, it's a shame that others don't give a performance anywhere near his. I think it was a poor choice with the casting of the main character, Rick. I found the actor too plain, there wasn't any depth given to the character - it all seemed one-dimensional. Also, the pacing of the film seems really odd, the first half of the film feels rushed, while the second half drags. Because of this, it does a poor job at making you feel invested in these characters.

Overall, I thought this would be better based on the trailer. There's an interesting story in there, with the police/FBI using a minor as an undercover informant. The film just can't make up it's mind whether you should feel sorry for the character Rick, and if so at what point?

Without McConaughey, this would be a flop or at least lose tremendous value. He really brought the impact to the plot. This is once again, another movie by Hollywood portraying drug dealers as heroes. While a nice fantasy, it's not true. The first half of the film was enjoyable, but the latter half lost me and dragged quite a bit.

The trailers made this look like it had a lot more substance to it than it actually ended up possessing. McConaughey's and newcomer Merritt's performances were both very well done, and the supporting cast was solid as well, but ultimately it was the story that left a lot to be desired. There wasn't enough here to make you really care about our characters. It was like reading a book report on the facts of the story instead of an attempt at getting you to emotionally connect. The most egregious example of this is the gigantic anti-climax that closed out the film. When the credits started to roll I was legitimately surprised as I didn't feel like we'd reached the climax of the story yet. I feel like there could be a great story here, but this version of it just wasn't all that interesting.

Another story of injustice, and despite some of the comments on this page, this is a film worth watching. The performances are good, the story is interesting, and while narratively loose at times, it still manages to engage.

White Boy Rick is one of those "How did this actually happen?" movies, based on a true story.

I really thought the acting was stellar in this movie, headlined by yet another great performance from Matthew McConaughey. None of the characters felt out classed in my opinion, so the movie flowed really well.

The story itself was pretty straight forward, and not super deep. It was a much more emotionally charged movie, than story driven.

I would recommend checking this one out.

Watching White Boy Rick is like listening to someone I don't really like reading sections of a wiki article in monotone. There's a lot of facts here, but no story and nothing to care about. Hey, I'd watch Matthew McConaughey read a phone book, and to be honest that's kinda what this felt like.

This film is a disaster. What in the world...Very boring. Lacked professional storytelling and directing. Would have been far superior if it were simply an interview with the actual Rick. He cannot be pleased with this product.

A few good scenes peppered throughout White Boy Rick do not allow this somber tale to shine to it's fullest. Some great work from McConaughey as expected, with some promising moments from Richie Merritt, but an overall flat delivery from all that doesn't carry the weight of the subject matter on display. Not a total flop, but not something I can heavily recommend either. 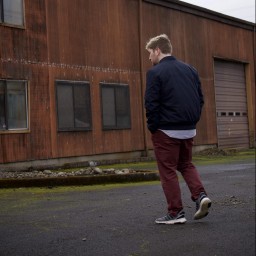 Better than the reviews but not an awards contender.

I think the trailers assumed we all knew this true story and showed too much. Decent movie. Great acting all around.....just tough to really connect with.