Mamoru Hosoda strikes again. In my opinion, this is his best overall work surpassing The Girl Who Leapt Through Time and Summer Wars. As Miyazaki and Ghibli seem to be slowing down a bit, Mamoru Hosoda is ready to take the torch. The concept of wolf children growing up in our world is something that I've never seen, but the themes of acceptance, finding your own path in live, and, of course, a mother's love are what truly hold and elevate this movie. The duality in the development of Yuki and Ame and where they want to end up in this world are the highlights of the film. I can't wait for the dub to be released. Go watch this ASAP. 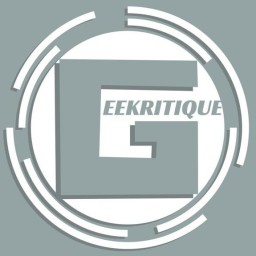 I'm so glad I took the time to watch this. What a beautiful, marvelous film. From the moment it began I knew I was in for an emotional ride, and admittedly I thought I'd be a wreck by the end, but I wasn't. I don't think this is a sad movie, nor do I think that was the intent. Yes, like any life, there are sad times, unforeseen occurrences, but this is a story of a single mother who gives up everything she has and is thrown into incredible situations to raise her two children up the only way she knows how. But it's also about growing up and letting go, and however sad that is, it's the way of life for both wolf cubs and children eventually.

The story is truly a masterpiece in every way you look at it. It's hard for a cartoon based upon little more than fiction and legend to astound in such a fashion that never once did I question how realistic or unrealistic it was. Everything was extremely well thought out, and the film took on a strict realism throughout its length. If ever anyone were to stumble upon half wolf children and need to raise them in secret, I advise them to watch this, because this is as close to reality as that furry fantasy can get. The only real plot hole I can conjure is what about the mother's family? Did she have family? Did they ever meet the kids? Etc.

The music throughout was superb and tomorrow I definitely plan to look around to go find the soundtrack online. Very ethereal and earthy which was the perfect atmosphere for something this artsy. And speaking of artsy, those that are into animation will be happy to note that there wasn't a frame I found disappointing throughout. It was about 20 minutes too long in my opinion, but as other users have mentioned, it did span 12-13 years. To put this into perspective, if this film were translated into... 5 or 6 episodes of broadcast anime, those few episodes would easily take the anime of the season award. Easy. Everyone should watch this, whether a fan of anime or not.

ALONE AND CONTENT? ALONE AND CONTENT??? how the fuck a "happy" ending can be so fucking gutting? i know it's a metaphor for staying true to your nature, but shit, that mum gave up best years of her life for those damn kids and they abandoned her, and she ended up all fucking alone. i don't care how much she smiles, and that there's a warm melody playing in the background, that was pretty fucked up.

Incredible, the silences in this movie are magical! 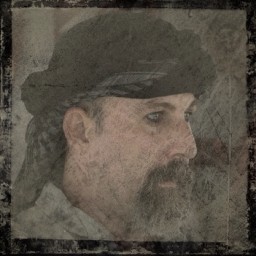 The story is a little simplistic and slow moving, particularly to start, but very sweet and some of the scenery is beautiful.
I'll watch it again! 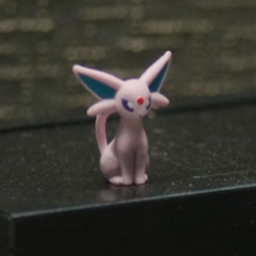 I was prepping myself for how sad it would be, and yeah that whole first 28 minutes, with the relationship starting, and living in the city, trying to raise 2 rambunctious children, gosh it's so sad/adorable/and relatable at the same time. Hell this movie even has an Up montage!"

And when we get to the countryside and them living that life now, its kind of like a quick sigh of relief from all the crying you did as you know watch some slice of life incidents with these kids getting older, mainly going to school and figuring out their own paths in life. And at the heart of it all is the mother "Hana", god she's so kind and hard-working but also goes through A LOT, to raise and protect these two kids, and when we get to the part involving a storm and the final emotional moments, it all wraps up in one glorious film. Can't wait to check out Mamoru Hosoda's other work.

I must say I have a soft spot for children, but this is still such a beautiful film - both story, music and art wise. It's sad, sweet and nostalgic, I can see my own mother in Hana and I wish all parents were as supportive of their children as Hana is.

I have now seen both the original Japanese and the English dub - I highly recommend both!

Wolf children. This movie is not notable at all. It's actually kinda stupid. It was cool to see that the wolf man the woman had some heavily implied sexual intercourse.

If I was really into anime, I'm sure that I would really like this movie. There was WAY too much of an expectation that I'm supposed to find something super super cute because it's a wolf and a child at the same time, giggling and not shutting up for the entire movie. Seriously, a good chunk of this movie is just them laughing. It doesn't try to be intelligent or well-written. There are plenty of conveniences for you to notice if you're above the age of seven. Like the scene in the movie, where they were at the zoo and the mum and Ame are meeting the "wolf" and the guy leading them around happens to leave just so that the mum can ask the question about raising the wolf child. By the way, the reason why I know the sons name is "Ame" is because the mum was shouting it every five seconds.

Sadly I can't really reccomend this movie (Unless you are a massive anime fan) 6/10 maybe.

ahh its so good, had this movie in my collection for a while and was trying to avoid it but I finally decided to give it a try and it was really enjoyable .. story / movie has quality similar to Studio Ghibli .. 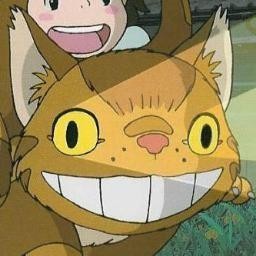 I really enjoyed the film and it was really nicely animated. It was sad and brought a tear to my eye like most of the films by Ghibli and those related to it. It also threw a twist in the roles played by people out in the countryside as the mother is on her own looking after her children and not once regrets (from what looks of it) dropping out of college.

The great bit was the two sides of the wolf-man/werewolf thing where one grew up to be a wolf and the other a human being. I would love to know if Ame ever came back to see his mother or he just lived out his days in the forest looking after it.

Also, the transformation looked incredibly natural, which although it is animated is incredibly difficult to define but it did not look cheesy and the camera helps this and it captures most of the beauty Ghibli are able to do in their films as well.

When you look back at it, there isn't the adventure which you usually get from Ghibli films but you don't need that to enjoy this film as I think there is a good enough storyline and it is just nice to watch.

Really enjoyed this movie. I wasn't completely sold until the "Childhood" part of the story began, I have to admit, but after that, I was on board all the way. It did feel like a long film, but looking at the amount of time that actually passed, it's no wonder. All in all, a great film which possibly ranks above Summer Wars and The Girl Who Leapt Through Time (and that's saying something!)

Another great movie from Mamoru Hosoda (Summer Wars, The Girl Who Leapt Through Time)! I had my expectations set high and after recovering from what has to be a furry lover's wet dream it did deliver the goods. A beautiful ode to motherhood.