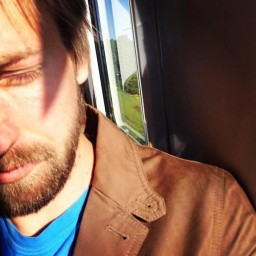 Alright, when it comes to outline every actor to his post in this project. So is it not something that you do »over a coffee break«, to use a Swedish expression. Because, there are always going to some people that thinks that you are »utterly behind your float« - to use a different Swedish expression - over that you for exampel have John Krasinski as No:10. in their minds is he not higher than 150.I have therefore several criterias to counter this kind of attacks. And first is my age a factor, because you don't watch the same kind of movies when you are a hardworking 50-year-old man, as when you were a strong minded teenager. Yes, I watched almost only action movies in my teens, and then was Bruce Willis my idol. But now, when I are over 30, so is my film taste very different. Yes, ten years ago would I never see a black & white Polish road-trip drama about a nun, who are trying to find her parents' grave, Because she has been told by her liberated aunt Wanda (Agata Kulesza), that her real name is Ida Lebenstein and that her parents were Jews, who were murdered at the end of World War II when the country was occupied by Germany. So, since the beginning of the 2010´s have I seen many movies from independent studios. Which all you movie geeks here out in cyberspace probably see, when you browse through the list's first 150 actors. Or?, what do you think yourself? Well, that's what I have been doing. And secondly, so are the actors ranked from the relations that I have to them from my own personal opinions. And thirdly, so are the actors ranked [after careful consideration], from their profil pictures here at Track. And since we best read a text from left to right, so are this list also constructed from this view. then ranked from how their faces are facing on this paige.