A Discovery of Witches 2018

I'm a simple woman, I see Matthew Goode, I watch.

I feel like my reactions to and enjoyment of this show is the adult equivalent of how 13 year-old me felt about The Vampire Diaries... and I don't mind.

Half way through and this is fairly underwhelming and rather plodding . . .

edit - This series is almost done, and it just seems a bit 'blah' to me - I love vampires but this is a better Twilight and that's a very low bar - perhaps it just hasn't adapted well to the screen? Sky Original Dramas have been fairly underwhelming this year.

A friend told me about a trilogy of books, ALL SOULS by Deborah Harkness, that she has been enjoying which led me to discover that all three books are being made into a TV series, with an impressive cast. A DISCOVERY OF WITCHES is the first in that trilogy and was broadcast in 2018. I am so glad to have found this show. The performances are wonderful, the reshaping of familiar supernatural creatures is refreshing and the story is a clever metaphor for the political realities of the world in which we live (there has been criticism that the racial casting reinforces stereotypes within our culture but I would suggest that this is a deliberate choice to underscore our own social biases and the injustice that they unconsciously support, so that they can be eradicated). To leave the metaphor aside, this is great storytelling, an excellent love story and a compelling struggle for survival. There is whimsy and magic; foes and unlikely friends. As with the first book, the first series leaves us mid-step, and, although the second series in now in production (due for broadcast in 2020), I may have to order up the audible book for the 2nd in the series because the adventure is just that compelling. I rate this series a 9 (superb) out of 10. [Fantasy Romantic Drama]

I expected this show to be alot better and I was disappointed. If a season 2 comes out and it continues to be like this I will not continue watching it.

Re:
On a side note & just my opinion...I found the way they casted the characters to be a typical film industry stereotype BS. The vampires are a clean cut, high class, rich white people. The witches are white women (mostly). And they portray demons as black people. Kind of messed up. It's the usual BS film industry pulls to brainwash people so that we continue to associate clean with white & monsters with black.
If your looking for something against the grain, watch Midnight Texas, you won’t be disappointed!

Good show. Parts of it can be bit slow but overall it kept my attention & found it to be entertaining. Was ready for final episode but the ending left me at the edge of my seat & I was like "...WTH...why would they end on a cliffhanger like that...". Looking forward to season 2.

On a side note & just my opinion...I found the way they casted the characters to be a typical film industry stereotype BS. The vampires are a clean cut, high class, rich white people. The witches are white women (mostly). And they portray demons as black people. Kind of messed up. It's the usual BS film industry pulls to brainwash people so that we continue to associate clean with white & monsters with black.

kinda twilight for adults. pretty boring and too much romance stuff. but hey I'm bored and have time. never watched shitty vampire diaries or equal stuff..
. no even pretty little sucking liars :-D

season 2 all episodes has been aired...

I enjoyed this show and its first season a lot more than I thought I would. I'm looking forward to watching the second season week by week once the first episode premieres and the same with the third season.

I am pretty entertained. Usually do not care for the vampire shows because they all end up either sappy or shock value gore. This one seems visually appealing and a deep enough story to hold my interest. There are some slow and sappy parts but is better than any of the orher sifi stuff on. 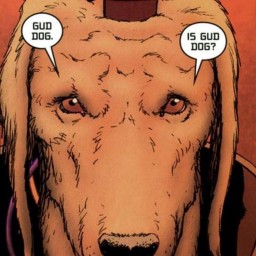 I'm a simple man, I see Teresa Palmer, I watch.

Part way through season 2... in desperate need of picking up the pace! Episodes are going by with very little happening. Has been placed on drop alert if it doesn't pick up soon.

The first season was quite interesting, lost interest in the second though.

Many shows presenting beings like witches and vampires almost have the same conflicts and mood. This show is different, because of it’s story line. You will enjoy every episodes and will ask for more. I love it.

all episodes have been aired...not just the first.

All episodes of s02 are already aired at the sametime

suure hope it is renewed loved it!

I really enjoyed watching the show. Looking back, I don't know why.
Edit: Finished season 2 and maybe now I know why I like this show: Big fan of Theresa Palmer and huge fan of power fantasies. In season 2, we finally see her using more of her powers and see her growing stronger. As you probably have realized, Diana is probably the most powerful witch aka the "Avatar" with control over the four elements. So I hope, we see her easily overpowering some enemies, instead of struggling. The show is often times very cheesy, but I don't mind. CGI looks decent and story is intriguing, but also very vanilla. Looking forward to season 3.

It wasn’t what I thought, it was so much better!

I think that this is very interesting tv show. I postponed run this tv show long time, because looks not much interesting from review. And now i'm overwhelming. Something inside this show is very addressed to me... Start is little boring, but now....

I love this tv series!! Don't give up while watching the first two episodes...I personally found them boring. But man....does it ever get better. Definitely a must watch for anyone who enjoys supernatural related showed and of course Matthew Goode.

I Love That Witch...and the story is Not Bad either...

Love the book and the show