1x05 Everybody Wants to Be My Enemy

I liked this one the least, it focuses more on the negative side of the story such as widespread corruption and crime, the only positive thing is that Violet is out of prison and makes friends with Caitlyn. I also liked the short part of the female enforcer voiced by the actress from "The Expanse", she was an interesting character and it is a pity that her stay on the show was so brief. 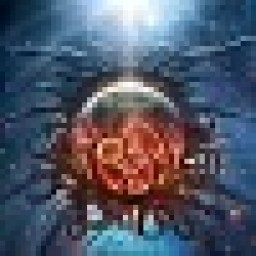 Damn, I'm hoping Jinx comes back around soon. But at the same time she could be a fun, chaotic villain.... I'm so conflicted :c

Silco: "Imaging yourself a hero? One final act to make you the maryr you've always seen yourself as?"

Jayce: "I couldn't have done it without you."

Loving the dynamic between Vi and Caitlyn. Great characters to pair up both very different backgrounds on the same track for different reasons. A familiar and welcome trope.

World and atmosphere becomes more interesting as it goes , sadly characters are going backwards. I guess, it's my fault for buying into narrative around Arcane as a promising character study or trauma exploration. Mature at the very least.

I love all those tropes and characters dynamics. The way this series started that was a perfect storm of familiar stepping stones in the plot and character archetypes: the main character, the gang, roguish father figure with dark past. I really liked the escalation and Vi's decision to face the music that led to such tragedy.
But after timeskip Arcane lost it charm. Characters that supposed to become more complex turned into one note - Jinx and Vi. The "Batman" might work eventually, but we will see. Speaking of Batman. Cupcake and Vi should be my favorite thing And yet I see too many strings. Final nail - Victor's thing ...that's too many familiar beats. At this rate, amnesia mind be on the writer's table.

Good episode with a few uninteresting parts. Vi and Jayce are the 2 best characters so far and Jinx keeps on becoming worse for me.