1x08 And Salt the Earth Behind You

This was my least favorite episode of the season. It was too much. Too much jumping about time and space. Too much weird freakishness. It was also not enough closure. As a episode it might have been ok. As a finale it was less than.

I was also disappointed in the Rue and Jules story and where it went. I was mad about Maddy going back to dance with Nate. I didn't mind the fake out they did with Fezco but I still wished he'd shot Nate.

The only ending I was good with was Kat's.

I am glad that everyone finally sees how toxic RueJules relationship was, I am surprised it took them so long.
Nate Jacobs still remains the best and the most interesting character of this show, the people who expected him to die look like the biggest clowns right now.

it was a KINDA satisfying ending. im not disappointed. I think Nate freaking out by his dad was a really good scene, and honestly, Jacob Elordi is fucking great as Nate. he just radiates that american psycho energy. kudos to him, didnt think he'll be good after the mess that was the kissing booth.
im also SUPER GLAD rue didnt go with jules. the more the show went on, the less i liked jules. she seems toxic and very selfish.
satisfying ending for cassie and kat. rest of the characters could grow so much more in the next season tho. i want the best for McKay, Fez, Lexi, etc etc.

The song by Zendaya? the bomb. loved it.

Poor Nate.. I know he's a dick but that scene with his father was really revealing about how he feels with himself... I feel really bad for him..

Zendaya singing at the end of the episode was perhaps the best way to end the season. Can’t wait for a season 2, mostly for Lexi’s story.

This episode got the most impactful scenes, especially the scene with Nate and his dad! I'm good with Rue and Jules ending that relationship, Jules played with Rue's feelings since day 1 so f*ck her.
The only thing I didn't get was Cassie's scene at the clinic, I mean, the jumped to that moment and comeback to Rue and Nate, idk that was weird.
The closing scene was 10/10.

«...to become a different person, a better person. Here’s the toughest part. No matter what you say or do or wish, the decision will be all hers. And all you can do is hope she gives herself the chance that she deserves».

I feel vaguely disappointed by this whole episode and can't pinpoint why. Am I supposed to feel the disappointment of these characters? Because I do.

I guess I wanted Jules and Rue to stay together.

What a superb show. I didn't like these characters at first, but they all feel so human and relatable.

Kinda disappointed with this show as with this last episode of the season... I didn't like the jumping between scenes happening on completely different times, and the ending felt like they were making a videoclip out of nowhere with Rue singing. I guess it would've been great if it was just the song and some ending scenes.

And overall I just think they have such good characters like Nate's dad, Fez, the kid that lives with Fez that no one really knows about, Lexi, etc... They didn't show enough about them, especially Lexi who is literally one of Rue's best friends and you don't know a thing about her other than her randomly interacting with other characters. Also didn't like Kat and can't understand why she exists, to be honest. She has her own story and it never relates to any of the other characters, except for the casual argument with Maddy about them both being a bitch. Hopefully we'll see more development and connection in the next season, for everyone. 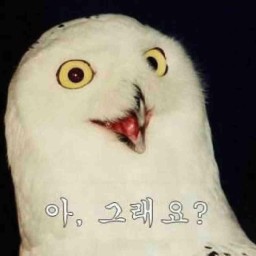 Fez got me in shock the whole epìsode. WHAT HAPPENS TO MY BOY?

MY BODY IS A CAGE

Disappointing overall felt like a pointless season, there was no end to the main story arc just for the side characters: maddy, cassie and katherine.