The first and only animated DC or Marvel show or movie I've actually found worth watching. Finally, one for adults (and, considering the language and graphic violence, only for adults at that). And I must say that Harley is pretty hot in this. Don't get confused by the start of the first episode, as she does change to her new modern Suicide Squad-based outfit eventually. This series is focused on the bad guys, sidekicks, the competitive environment for them. Also, it has a lot of points about female empowerment (mansplaining, etc.) which is refreshing vs. more outdated roles. Definitely addicted, and can't wait for the 3rd episode!

I'm not a huge fan of many of the depictions of the Harley Quinn characters in media, but this series is doing great things with the characters. Dialogue and delivery pulls no punches. Witty and funny, and still have an admirable message in there.

Absolutely love it. First animated comic series that I have seen in sometime that is entertaining. I believe it is now my favorite, hope it can keep up the momentum. 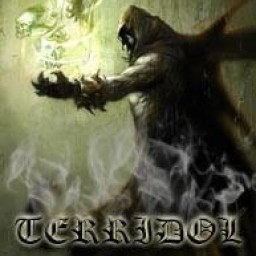 I was looking forward to an R-rated Harley Quinn show. Like Deadpool, the rating would allow the character to be fully realized. But, the final product just seems to be a hot mess that appears it was written by a teenager who is just copying what others have done better in the past. The show starts off really laying on the feminist message that men are dumb egocentric idiots, and women are superior. This is beat into the view from the moment the show starts and becomes almost unbearable during the second episode, not until you get past episode three, does it becomes slightly more tolerable. The humor falls flat as most of the jokes are not funny, and the overuse of ultra-violence is unnecessary and feels out of place. Speaking of the violence, except for a few scenes, most of the action involves men getting killed and mutilated for no reason other than for the sake of women empowerment.

The cast does their job, Kelly Cucco brings her energy to the role but nothing new. She doesn’t even bother with an accent like all other Harley Quinn’s in the past have. This makes me feel like I am watching Penny from BBT, in cosplay. The best part of this show is Poison Ivy. Her friendship with Harley and her relationship with a villain called Kiteman shows that the show does have something it can offer other than the caper of the week non-funny violence fest that we have. DC, if you choose to renew this show for season two, please focus more on the inter-group relationships and less on the Ultra-feminist message and do not go for an R-rating just for the rating. Let the show and story justify the R-rating.

It seems like it was written by an 11 year old at best. They through in some profanity to make it rated R. VERY HARD TO WATCH.

Well, when it was all said and done, this show was MUCH more entertaining than "Birds of Prey."

I'm a big comic book reader. I also like TV and movies. I'm not a Harley guy. I like smart, self-aware comedies that comment on society though (Community; Boondocks; Parks n Rec; Rick & Morty) and this was that for sure.

This show is Great. Highly recommend if you're like me!

Do NOT let your kids watch this show - it's definitely not a show for the kiddies. It's just a lot of fun for adults.

Great show. This show isn’t for everyone but if you like Superheroes and crude humor this will be up your alley.

Why don't we have a non cartoon series with Margot in it and lots of Ben Affleck Batman? And Krysten Ritter could be Poison Ivy. Or Christina Hendricks, Blake Lively, or Olivia Wilde. As long as they can do a properly sultry low-throated voice. And if not Margot for Harley we could have the actress who played Lee Thompkins in Gotham, Morena Baccarin.

Either way, I want a real show not a cartoon. I might have even settled for a watered down CW Harley. The best would have been Netflix doing a Harley in the Daredevil/Punisher/Jessica Jones/Luke Cage kind of vein.

turning from a comic to a rom-com is beyond me

I don't like DC comics and I don't like superheroes and supervillains. Especially Batman and Joker.
Now this is literally a masterpiece, and the season 2 finale is so worth watching it all
I don't really know whether I should hope for season 3 or be satisfied with how perfect the first two seasons were, but I'd really like to see more of Ivy and Harley.

There was a joke about CW in S02E12. But that's what HQ S2 became. A damn CW DC show with its soap opera drama. I wouldn't really care if it gets cancelled.

was skeptical - not a fan of comic genre content, in general, but was willing to try it because i have a history of enjoying adult animated tv series and this was no different, loved it.

My expectations were really low for this compared to Harley Quinn movies, but man this show was really awesome, i loved it.

The most F***up DC animated series in a while.
Actually enjoyed the story and stupid humor.

I haven't watched anything DC in an extremely extremely long time. Probably since the Dark Knight? I just didn't see a reason to, because most of the time Hollywood had been just getting their hands on things & making them a bit too bland & overly done in my opinion. The last time I had really truly loved one before, was Tim Burton's Batmans. I binged this series in under 3 days. I couldn't stop... It's so good. It made me laugh, it made me cry. Tbh, I never knew much about Harley Quinn, and I really enjoyed the hell out of this story. Every bit. I watch a ton of series & films & this is one of my favourites. Instantly. I want more! 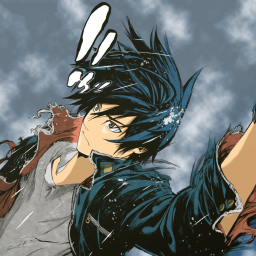 Great show, really funny and an animated show for adults at the same level as Rick & Morty and with the best represantation of the Harley Quinn character to this day.