YESSS, covert op, espionage, exfil, it's a live tribute to the first seasons. Loved it!

Fantastic! This is the Homeland I know and love. I was on the edge of my seat for the last half of the episode. Amazing stuff, can't wait for the finale.

This episode was bananas. Loved it.

THIS is the Homeland we want. Probably one of the best Episodes of the entire Series. Espionage, Fierce, Politics.

The laziness of the writers really shines through in this episode. All of a sudden Sen Paley is a counter Intel expert, despite not even realizing he has been a Russian stooge the past 3 months. And of course the little Hacker in Sol's 'secret' group is allowed to chill out in his mums basement leading to a convenient chat with Paley's assistant. So then Paley decides he may as well aid the Russians in their efforts to bring down the Presidency.

Fuck me that is some lazy ass writing. 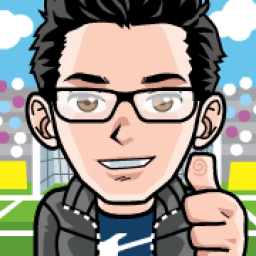 I hate the senator, such a snake

This show keeps getting better and better. Eagerly waiting for the finale!

i love how they put Dylan Baker & Elya Baskin in this. They probably haven’t seen each other since Spider-Man.

Very tense episode, good narrative, but one has to cringe at the inconsistencies.

- covert ops getting out and off an hotel, in full gear without being spotted
- Carrie, smashing a window when there's clearly a handle outside and not even turning the key
- The final escape where they switch places wearing wigs, that magically appeared in their gear. (oh yes, lets bring automatic rifles, grenades, bullet proof vests, balaclavas even. and a couple of wigs, you never know those might come in handy in case we wanna play drag queens in black)

And that's not even counting of the suspension of disbelief, call that put your disbelief in deep freeze and don't come looking for it until next year, that one has to have to suddenly believe that the young hacker is not on call 24/7 for the ops duration, and is quietly doing goes know what in his mom's basement.
I loved the suspense, but i positively hated, as someone pointed out, the laziness of the writing, the lack of continuity

One of the best Homeland episodes ever! This seasom started very slow but thee final episodes are so exciting and heart-stopping!

As a Moscow citizen i must say it’s not even realistic. FBI shooting and kicking random people? What? Cmon Homeland writers!

I was enjoying the episodes until this one. This episode is one of the stupidest episodes I have ever seen. They are in a city, in a government building, having top secret meetings and 3 fully loaded people with guns leave the building without being noticed? And they come back to that high security building after a fatal mission again without being noticed?!

Amazing ep!!!!! Homeland is the only series that just gets better over time...

Best episode of the season. I was on the edge of my seat the whole time. Great writing and acting. I hope the season finale is just as good.