This show is visually spectacular, super creepy, mindblowing, and very, very weird. I suppose this kind of craziness doesn't appeal to everyone, but I love it. I feel like I'm watching someone's LSD-induced hallucination where time isn't linear and reality bends into the craziest of shapes. It's confusing, messy, wild, colorful and absolutely awesome.

In comparison to the first episode, I was able to keep up with the story-telling...somewhat.

It's ambitious in its approach. So much different from what we know of the superhero genre. That being said it's not easily watchable. It not something you can just watch after a stressful day, kick back on the couch and put this on. You need to be in a certain headspace to enjoy and to fully grasp Legion and I'm not in that headspace often. Most of all it's not something I can go into for an hour and then snap out of it. If this was all episodes released at the same time on Netflix it would be so much easier. Binging this would make more sense. But it's so different and taxing on the mind that I'm thinking about rather watching this all at the same time after the season is over. Still, I'm not completely sold. The psycho/mental point of view of David for me is more nerve wrecking than enjoyable. I realize we are still in the phase of character building but I sure hope it will be all worth it. I'm willing to try. For now.

I'm going to persevere - after all, it is Legion...but it isn't working for me yet...

Keeping up in quality! Loved as much as the 1st episode! This show is a keeper!

I liked this more than the first episode, but I'm not a fan of the lightning, colors and music changes. It's all a bit too much for me and I find it quite exhausting. I'm still not sure if this show will be good or not, but I'll keep watching for now.

The second episode after the fantastic pilot is the hardest part: as it has to struggle to maintain the tense and sense of amazement the pilot has achieved before. Legion's episode 2 faces exactly the same struggle, and it fares rather decently for a second episode.

In contrast with the mind-boggling shots in the pilot, episode 2 takes a more linear shots, showing the way Haller starts to make sense of his life. We are introduced to the mentor characters, Melanie and Ptonomy, who helps Haller rediscover who he really is by looking through his memories. This plot device is useful not just as the typical "discovering power" trope in superheroes films, but also a clarification for the previous episode as we here, just like Haller, start to differentiate which is part of his memories and which is not.

With the introduction of Melanie and Ptonomy, the show is getting a very Heroes (2006) -esque vibe, especially with the memory alteration plot and the government hunt after mutants and their headquarter going on. Fortunately, the show doesn't attempt to get big and impersonal as typical superhero movies do, as with the cliffhanger we're getting back to Haller and the life around him as the focus.

I wasn't too sure about this until the end of episode 1, then it made more sense and became compelling. 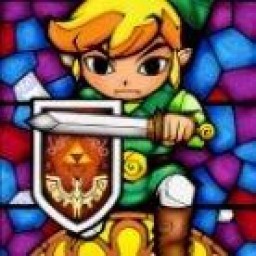 We can now add "Remote Viewing" as one of his special powers.