I hope this is the end of the mother being a twat. Then again they may just kill her off. The twin didn't die from knowing the secret but that doesn't mean she won't.

Who cleans glass or in this case a glass door with a scrub brush?

A solid episode of Manifest though flawed. Everyone is acting like Real_Dad attacked someone without provocation but mysteriously ignoring the fact that 828_Racist actually threatened his son.

This episode our new character Zeke (which will be the name of my future first son by the way). With his lack of desire to return there was a while when I thought he might be a serial killer or something. After all so far we haven't really had any 828 passengers who are bad people. We had a domestic abuser who lost his memory. We have the Spy_Passenger who I still don't understand.

So by the way 828 racists are a thing apparently. I don't know how people who write TV think hate groups work but these are Alex Jones like conspiracies and you see them in every show like this, Manifest, The Event, Flash Forward and each time it's just silly. No one would buy this. Much less successfully start an entire movement on it. After all there are people who think they're saviors where are they? Why aren't they debunking the livestream which should clearly show that 828_Racist threatened a child. Why don't the police know that matter of fact. Why isn't Real_Dad pointing this out. This is TV writing. People do things for reasons and then when asked about what happened they stutter "uh uh uh.. i just lost control". No you didn't. You had a reason for what you did. Oftentimes a mitigating one.

Another thing I don't understand. Why is it so hard to remove spray paint? that must be the most ingenious invention ever created because NO ONE can solve it. They just all use water and scrub uselessly. Why doesn't ANYONE go out and buy some solvent. There are pages and pages and pages on how to remove spray paint but all you ever see is a bucket of water and a scrubbing brush. It's my understanding that if you get it while it's wet, maybe that'll work but considering how long that X was there you're going to need more than that.

But look how minor my complaints are this episodes. Spray Paint and super effective "racism". Like the one where-- that was last episode. Like Last episode this was pretty good, even with my nitpicks. I didn't mind Olive_theDaughter even though there was plenty of potential for her to insist that she should have been filled in earlier. The whole "everyone who knows dies" thing kinda feels contrived. They're drawing conclusions with barely any evidence. Correlation is not causation. People who know have died but that doesn't mean knowing is what makes them die.

Oo ooo oo.. Also. they played Bananagrams. As a board gamer I like to see fun games being played. not boring family games like monopoly and connect 4. Bananagrams is an excellent family game. it's exactly the sort of family game modern families should be playing.

The acting of the guy who plays Zeke, Matt Long, was the highlight of the episode for me. And the CGI'd night sky in the callings between Michaela and Zeke as well as the ending of the episode, don't get me started on that. It was bad, to say the least. The least. I liked the scene where Ben confronted the guy who threw the stone through his window, even though that's exactly what he wanted. I'd like it if there will be more scenes of Ben genuinely angry.

It actually made me mad that shi tty green screen and those shi tty special effects with the stars and fake thunder, like why couldn’t they use normal stars? Awful!
And then Ben was crying because some people out there hate him... lame. (I get he’s concerned about Cal’s safety, but we know he’s mad he’s got some haters)
And can we talk about how they were trying to scrub the paint off from a glass door with soap and water? You need to scrape it off! Has no one in set ever cleaned anything? 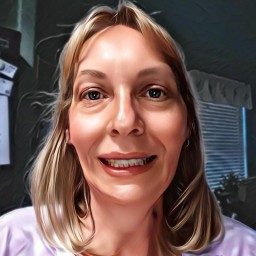 A scrub brush & water is Not going to take off spray paint! LMAO! He's going to need a razor blade. This was a stupid scene.

The worst episode yet by far, and that's saying something. Once again there was minimal -- about 30 seconds this time around -- plot advancement and mystery-related stuff and the rest was filler and angst and "drama." First, more secrets. Yay. To "protect" people. Yay. Both Jared and Olive are kept in the dark on separate matters by Ben and Grace, so apparently Ben is a moron who never learns and Grace is a hypocrite. Then there's Zeke, whose backstory gets way too much time for a character who's not clicking with me because he's portrayed by a really bad and miscast (he looks way too old for the character's age) actor. It's remotely possible that I could care less about the blossoming romance between this guy and Mick, but I don't see how since Mick's not high on my list, either. And then there's the stupid Truthers plot that just popped up out of nowhere, presumably so that the writers can postpone any answers about the flight itself until season two or later. Ugh. I quit this show early on and came back to it when some people convinced me that there was movement on the mystery and skiffy stuff, and they were right. For a few episodes. But then it started downhill again and it's never been worse than this one.