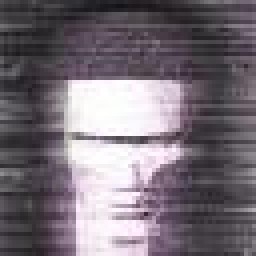 This show is a good additional to the Marvel universe. Peggy is just the best. Fun comic book style action set in the "golden years". Old cool spy stuff.
I like how it uses characters and plot points from the movies, but doesn't indulge in them. (Vita Rays, Vanko, Jarvis).

It is a little odd to set it before the start of the one-shot. Now I'm just waiting for that to happen. Soon I hope, I'm sick of all the dudes mansplaining Peggy. I know that's how it was but still.

I also hope they spin off the Betty Carver show. Captain America sounds dashing in it.

I don't know about you guys, but i'm only watching it for one reason: Hayley Atwell.

This is a great show. Would love to see a second season.

Has it's moments, at other times very boring. Overall OK, not great.

Unfortunately the show was canceled :(

I thought it started quite slow, nothing really took my attention then about episode 2-3 I started to really enjoy it. Gutted it's over now! it was a good addition to the marvel universe and worth watching for fans or nonfans alike.

It wasn't bad but it could've been a lot better too. I like the setting and how they made everything look and feel like back in the day, but the show would get borderline ridicules at times. You'd go from one scene that was serious, to another that made you roll your eyes, and I only blame ABC for that since it seems like almost all their shows follow a similar format. What worked for Tony Stark in the movies grew really old on Howard Stark very quickly in the show and I really struggled to like any characters other then Peggy and Jarvis. Being that I love how the Captain America story ended up wrapping up I wanted to like this show more, but in the end I just felt like it was average.

One day when my daughter's older I'll rewatch everything Marvel with her again in chronological order, but if we do include Agent Carter in that I'll definitely skip over Season 2 as it really added nothing to the storyline at all, and even kind of took away from the 1st season's rather well ending.

Hayley Atwell is seriously good as Agent Carter as she looks perfect in classy dresses and suits. It is set just after WWII so there is great atmosphere, beautiful designs, fashion and cool cars. The series is not afraid of killing off it's supporting characters either and there are some surprises here. Seriously disappointing season endings where everything lead up to a huge action set piece and then it fizzles down making it this series biggest problem. Never fulfills it's build-ups and there is too little humor and craziness to really work as a comic book adaptation. Likeable show though.

Not sure why it took me so long to start watching this. Peggy is such an amazing female character and one of my favorite marvel characters overall. Very happy they gave her her own show!

I liked season 1. It had a direct connection to the Captain America movie and worked well as kind of a continuation althought some time had passed since the events at the end.
Season 2 was ok but not as good as the first. The plot was far to generic for my taste. Conspiracies, a mad scientist that wants to acchieve power, the italian mobster - all those are pieces you find in dozens of other shows. Still entertaining. My favorite role was Jarvis played brilliantly by James D´Arcy. Explains a lot about the virtual Jarvis character in Iron Man.
Deserved another season to finish up and build a bridge to Agents of S.H.I.E.L.D.

The cast chemistry is the best thing about this show. Too bad season's 2 plot wasn't that good because it was a waste of pure talent.

In my opinion it is very well made and the character is interesting. But the fact that I could predict most of the crucial moments of the show (including the last 20 minutes of the season finale) just break it for me.

Veredict: The only reason it is worth watching is because it is set in the MCU (despite the fact that it adds little to it).

Great Pilot Ep. for the start of another show in the MCU. Looking forward to more of Angent Carters fantastical adventures.

season 2 is not quit good. The curse of most second seasons

A lot better than I expected. It ended way too fast if you ask me.

Miss Carter and Mr Jarvis: what a team!

amazing show i love it

Too bad the lead acctress took up another gig. I hope she'll come back to this series. We still need the actual formation of SHIELD to happen.

Peggy's icy comments to the people who belittle her is both empowering and hysterical, she wastes no time putting them in their place: her sharp tongue is definitely the prime reason to watch this show.

I'm very surprised to not hear about this show until a few weeks ago when I actually looked up Peggy Carter after seeing The First Avenger, along with Winter Soldier, Age of Ultron, and Ant-Man (Yes, she makes an appearance in all of them). I don't recall anybody talking about it last year. But I just about finished 1st season and I must say there's something parallel about this show's 1st season with Jessica Jones' 1st season. Not sure if that's a spoiler, but still a pretty good season all around and looking forward to the 2nd one.

My favorite show. A good sense of humor, action, feminism.. I absolutely recommend it ! Besides Hayley is a great actress and she portrays Peggy very well imo.

Better than I expected

The idea is good and the short-film was good

1 person has watched something that hasn't even been filmed yet? Don't think so mate.