There is one thing this show is not is generic

Another Tyler Sheridan show. After Yellowstone success he's in demand, and that's a good thing imo.
He's new show 1883 is about to be released, so he will have 3 running tv shows of hight quality.
If you like some criminal drama, mixed with some dark grit plot lines, don't miss this one.

plot is a little confusing, a couple of the more central characters are woefully underdeveloped and there is a LOT of wasted potential with the ending

not yet sold on renner in this role, either.. love the dude but no matter how physical he gets he just doesn't come off as intimidating

i'm down for a second season, though

This is one of the most unique shows on TV. Very well written and the acting is great. Between this show and Yellowstone Paramount + is the channel to watch. What will they do next! Oh yeah, 1883 that’s what. Keep going!

Although it seems like a minor Taylor Sheridan production, the series slowly establishes itself as a tense prison thriller in which a very blurred line is drawn between the police and the behavior of the prisoners. Violent and as full of testosterone as Sheridan's productions, the most terrible thing is the portrait of a chaotic prison system that prefers punishment over reintegration in favor of economic results.

One of the best TV series of 2021. The entire crew compliment each other. Even the SWAT team came in with a vengeance. The police may be corrupt but it was for the greater good. Truly looking forward to season 2.

This is a great show, it has drama, action, some comedy and the acting is pretty great.
I would have liked two things to happen: more screen time for Robbert, SWAT leader, I liked his no BS approach to situations and that Mitch didn't die in the first episode, rather be in a coma then slowly recover and show some interaction between Mitch (old mayor) and Mike (new mayor). 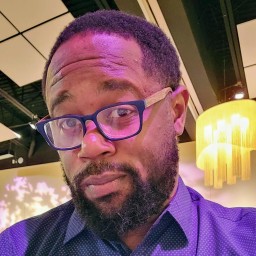 There are some great individual acting performances including Jeremy Renner and Emma Laird. The premise and overall story are good. The plot holes and yeah rights are also aplenty and the leader of the crips has the worst pretending to be American accent I've heard in a long time. Suspend disbelief and just enjoy the show.

in case anyone is interested there are apparently 10 episodes in season one. every website (including this one) seems to indicate 6 for some reason....

Trying to watch the first two episodes after I finished watching Squid Game - huge mistake, big mistake! What Hollywood has to offer nowadays pale in comparison to the originality and creativity in storytelling in the South Korean drama.

Doesn't anyone have an original idea in Hollywood any more? Mayor of Kingstown is as paint-by-numbers as it gets:

Normally, I like to give a show about three episodes before quitting but Mayor of Kingstown doesn’t seem to bring absolutely anything new to the table.