The second season of Noragami has just finished and it surpassed the first in every way. I remember really enjoying the first season but finding the final few episodes and confrontation a bit underwhelming. Well, the second season doesn't have that problem. It hits the ground running and remains consistently good throughout. Deciding to animate two arcs back-to-back with little-to-no filler in between was definitely a wise decision by Bones.

As others have already said, this series really does stand out from other more generic action/comedy shows, thanks to a likable and well-developed cast, good quality animation and of course a godly soundtrack by Iwasaki Taku (also responsible for the soundtrack in Katanagatari).

All in all I have really enjoyed Noragami thus far and I hope we get more in the future.

While Noragami isn't exactly a masterpiece it is a well-rounded show with a good cast and animation to set it apart from the big pack of generic, shiny, fantasy action shows.
The story follows the god Yato (who is weirdly dressed like a Slav) on his quest to gather a following and build a shrine. To achieve that he does all sorts of odd jobs for the lowly cost of only ¥5 - the amount you tip when you pray at a shrine in Japan. Hiyori, a girl who's soul gets stuck between the human world and the afterlife joins him as his longest contracted "customer" aswell as Yukine, a teenager who becomes Yato's regalia‎ (weapon) to combat evil spirits.
While there is initially a lot of comedy mixed inbetween the show gets progressively "darker" in tone but is still played save. I really hope the show gets another season because there is enough left to explore and the format works really well.

In a world of bland stories and repetitive storytelling, Noragami stands out. I can't help but to think that, with its many sides and moments, 12 episodes don't even begin to scratch the surface on these series's potential. I won't spoil it too much: if you are in for something slightly different from the usual, watch this one.

With a story and and great animation, Noragami really stands out. There is more to the story in the manga, but unlike some animes this one gave the anime a proper ending. OVA 4 is the story after the episode S0213. Overall i really liked the anime and would definitely recommend everyone to watch it.

This one's just amazing. The thicc plot, badass background music, lovable characters and development.
Not gonna read manga just because I wanna watch it animated for BGM <3
Have a listen to them OSTs on YouTube!

Loved this! It has some plot holes and there's not much to the story but it's fun and short (too short). Fell in love with the characters super quickly none the less. Fingers crossed for another season!

Opinion: It stroke me initially as an over-average run of the mill action anime, and this was mostly staying. I think Season 2 got better, especially the second half. I think the anime should have started way earlier with putting questions into the viewer, that makes you want to watch all the episodes. 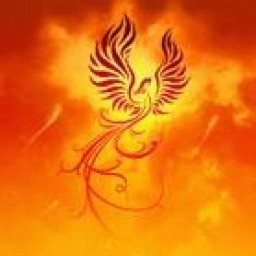 I was close to dropping this after watching the first season because it didn't seem to be going anywhere however the second season far surpasses the first. Looking forward to a possible 3rd season.

If that absolution didn't happen on Yato's divine weapon at the end of season 1 I probably would have ditched the show. They really pull you in after that point and it's all uphill from there.