I finally finished the last 12 episodes in the past couple days after putting this on-hold for a few months. It was a solid show overall, 7/10, but the last quarter/third of the show was definitely not up to par with the beginning. I didn't really like how the show got so preachy at the end about "environmentalism" and precious Mother Earth. I felt like I was getting preached to by Miyazaki for the last few episodes and you could definitely tell that the manga material was a bit dated from that. Anyway, I had fun and enjoyed it but it failed to live up to the hype and the excellent start imo.

An awesome anime which questions human vaules. Best thing about this series was the lack of useless cringy scenes which we normally see in this type of anime.
Definitely recommended from my side!

As far as I've seen looks really great and although the design of characters aren't of my style, I'm enjoying so much.

An action anime that feels like a superhero tale, but the hero shares his body with a parasite species that gives him the power.

The plot is interesting enough, what you would expect from an action anime - the protagonist must save others from his city from the parasytes, creatures with the power to take control of the host's body by eating and merging with their brain. It has a commentary on human nature and its destruction of the planet, and how the parasites hold a symbiotic relationship with humanity, as they are nothing more than living beings driven by the instinct of survival.

Such commentary falls a little short and can get overly expositionary at times. Much more interesting is simply to see how the individual characters evolve and how they contrast with their other counterparts. The protagonist struggles to keep his own humanity, while another man sharing his body with a parasyte seems to do so effortlessly. The parasytes themselves, some just being driven by instincts, while others feel 'tainted' by the humanity they are being exposed to.

While the plot isn't overly unique and original, it's still interesting to watch as the characters develop, struggling with their original nature vs the experiences they have along their way.

A very deep meaning on humanity, definitely worth your time, some well made stuff..

Parasyte grew on me (no pun intended) as I watched. Around Episode 18 the tone changed a little, but by the time it reached the final episode, it tied everything up weirdly and wonderfully.

It would be a great binge watch.

Really great anime !
I couldn't stop watching it :)
It really makes you think about human nature as well.

It had all the potential to become a classic, at the end is just a decent anime with a great idea that was not well polished overall entertaining!

Good Anime... If You Love Super Natural and Aliens... 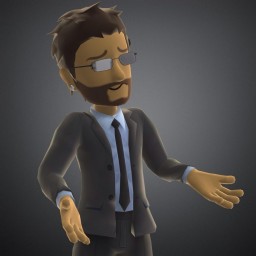 Pretty good thus far. Would advise you to rethink if you're squeamish around movies like The Thing or The Faculty. Apart from that, character design feels interesting and new. Story is told well and with depth.

Was pleasantly surprised by how much I came to enjoy it. I started watching it out of sheer boredom, initially. It's a solid anime with a compelling plot, and I liked the action scenes. The main character's development is interesting too. I feel it lacked a certain oomph, but that could just be due to my dislike of romance (there was more of that towards the ending).

It has changed a bit since the manga, most notably the art style and overall mood, but I definitely am still enjoying it.