Re:ZERO -Starting Life in Another World- 2016

Honestly speaking, this is an amazing anime. I am seriously waiting for each and every episode to find out what will happen or can happen again. It has been a while since I was this excited for an anime.

a well-written exciting well-animated funny anime with a lot of female characters that are not over sexualized or head over heels for the male mc?? this is all i couldve asked for

An Excellent story with an impressive animation. Each and every episode was a catalyst for the next. Although the plot was bit repititive, literally, but every iteration has something new to offer.
Main character is a bit dull but that's the charm of this anime. Even though it has that same old anime harem cliche but that doesn't outbounds the positive parts.
I'll definitely recommend everyone to watch this anime. This is one of those much watch shows.

First season was so much better in my opinion.

Season1 I would rate a 7, but Season2 really fell off. All talk and no action. Just a lot of dialogue where characters talk about philosophy, their perspective, their motives, or explaining history or dynamic. has grown tiresome.

This Anime is amazing from Start to Zero, i cant wait for s2

Surprisingly good. It is not for everyone I think, but if you get into it you will find yourself wanting to watch the next episode immediately to find out what will happen or what will change with his next life. (I had to cross out this part after watching Devilman Crybaby...)

It's very funny that people hate MC so much, ffs he is just an ordinary NEET and shut-in playing video games and reading manga. A typical Otaku. He never had any experience in fighting or anything and is summoned to a world full of magic and swordplay. Doesn't matter how much he trains at the end of the day he is just an ordinary guy. It's not like he can pull some random ass powers or go full one punch on his enemies no matter what, it's the reality. Just because you felt a lot of despair doesn't mean you get supernatural powers just like in real life. BUT you can only cry in agony watching people close to you in unimaginable ways and ultimately waiting to just die to reset the timeline.

And after the reset, Subaru goes back to the last saved checkpoint completely dazed. Because he can remember everything from the previous timeline, the horrible deaths and his own. Time is running out and you can't think of anything or make any plans on what to do next because there is so much a guy can take that the trauma from the previous timeline itself is just truly a pure terror and there is no time to grieve or snap out of it, whatever he witnessed was real but its all erased because he is dead. The body remembers it and you don't wanna go through it ever again but it's the harsh truth, you gotta die sometime again if you aren't careful. So as Subaru progresses into the next arc successfully without any major deaths, he can't foresee what's gonna happen and can only plan after making some trial runs through the timeline. Therefore deaths are necessary to successfully plan ahead without major casualties. And that's the harsh position to put someone in, because nobody wants to die, however quick or painful that maybe and that's the only thing he can do.

If you still hate him so much, just put yourself in his shoes, what will you do? Yell or train all you want but you can't get any powerful.
You can't do anything but do EXACTLY like him. 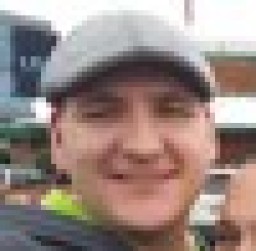 Skyler and Josh recommend this

Skyler and Josh recommend for me 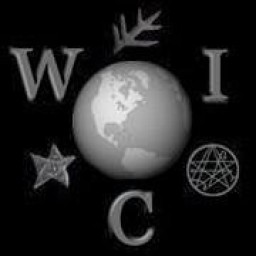 One of the best. Rem best girl.

One of the best animes we got this year! We got great characters along with amazing and subtle developments, amazing performances from all the VAs alike, though special compliments to Subaru and Rem´s VAs, really subtle but awesome world building as well as insane amounts of foreshadowing scattered everywhere.

In conclusion, a well paced, well animated with an exquisite OST, 25 episode series of a story that has just barely gotten started! Cannot wait for a Season 2 to be officially announced!