Good anime with a great start but as the story progressed pace of the plot decreased. I'd have loved to see a little more into the story of the protagonist. Hoping for another season! :fingers_crossed:

Admittedly, this series takes a predictable path of most Isekai. Still the pacing is good and they don't spend a ridiculous amount of time giving speeches about stuff that isn't necessary to drive the story. I like it and definitely hope for more than one season. 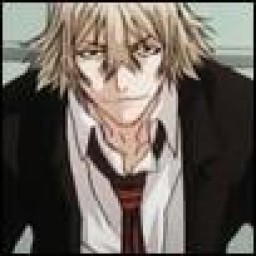 Animation is good, and most importantly seems to follow the books faithfully to the main beats unlike some other animes we could name... Only issue I see is there is no mention of multiple seasons and to date trakt only lists 12 episodes, which will barely get to the point where whatsher face the one haruto was in love with appears from his past, think it was something like 5-6 years before he died they went missing including his half sister and half brother... We MIGHT be able to see the 3rd person from the bus crash, but at the speed of this adaptation 12 episodes will likely not be enough to reach that point, they'll have to start cutting chunks of the novel out and speed it up ruining the quality of the anime, or it will stay with the same pacing and hopefully the episode count will be more than 12.... Pretty please?

As far as I know the novel series is still on going and as we know anime is a book advert, so hopefully it will do it's job enough to get a series 2. Otherwise like most anime based on a novel, this is likely best to avoid unless you enjoy being teased without a satisfying end.

If you wanna read the books, hit up JNovelClub they have the licence to officially translate, and have translated 16 volumes of the book series already, these 12 episodes should cover the first 3ish volumes.