[7.4/10] “Falling” comes down to two major developments, one of which I buy completely, and the other which makes very little sense to me.

The first is the a three-fold reveal that (1.) Adora is munchausen by proxy, (2.) it’s what killed Marion, and (3.) the whole town knew about it. It’s a plausible story on each count. We’ve seen Adora essentially infantilizing her girls the whole way through, treating Amma as a much younger girl than she really is, and even treating Camille like she’s still an unruly kid in many ways. There’s a dependence, a traditional role as mother, than I can buy her wanting to occupy no matter what.

Hell, it also helps explain Amma’s behavior to some extent. Beyond just the usual forms of teenage rebellion, there’s an equal and opposite reaction to being treated like a child below your years that leads to strained, fun-house mirror efforts to be more of an adult. The dollhouse, the old-fashioned prim clothing, the practical nursing from Adora all create a solid cause for Amma to both like it a little but try to prove, if only to herself, that she’s not the helpless, infantile creature her mother makes her out to be.

It works as an account for the division between Camille and her mother as well. Camille had a mind of her own -- like John Keene says that the two butchered girls did -- and it made her resistant to Adora’s conditioning. Young Camille wouldn’t acquiesce to the poisoning, to the role that her mother wanted her to play, and to help Adora channel the role that she herself wanted to play. It is the move, the “proper” position, that has defined Adora’s life, and Camille, very innocently and understandably, wouldn’t let it happen, creating a domino effect of mutual resentment that persists to this very day.

Then there’s Marion’s death -- the fatal illness that seemed to come out of nowhere. It helps explain the exalted innocence that everyone speaks of Marion in terms of -- the perfect, pliant little girl who never got to grow up. The guilt springs forth from that innocence corrupted, and a cycle emerges, of Adora needing something to fill that space, but treating her work, her legacy, and the stain on each with a certain holiness. It adds tragedy, martyrdom, to the sister who Camille has been mourning since she died.

The same goes for the town’s silent complicity. Chief Vickery knew. Jackie knew. Alan knew. But nobody would stop her, would disrupt Wind Gap’s efforts to maintain the dignity and power structure that had kept the town afloat and humming for so long. Wind Gap always had the atmosphere of an idyllic (or at least once-idyllic) place with a darkness running through it. That darkness comes in the form of a secret everyone knows but nobody speaks of, let alone does something about, lest the forces that control the town, or conspire with them to maintain the status quo, come down on whatever peon might try to rock the boat.

In short, it fits. It fits the warying sense of abuse that pervaded Adora’s home, the uncomfortable images of the past, and the streak of black, impotent complicity that’s run through the town from the first moment we laid eyes on it.

What doesn't fit is Camille deciding to sleep with John Keene, after she tracks him down for a quote. Maybe it’s just that John Keene has kind of been a big nothing in Sharp Objects, to where, to be quite honest, I had trouble distinguishing him from the other random shmoes who would pop up from time to time. I’m not saying that the series could not have built to Camille going full Carrie Matheson with this, but it feels like it comes out of nowhere.

The best that “Falling” can offer is an explanation that the two of them both know what it’s like to be suicidal after the loss of a sister. That makes sense as a concept, but in practice, it doesn't feel like there’s enough of a connection between the two of them as we’ve seen them to justify any romantic or lustful feelings, let alone ones that allow Camille to let her guard down and make herself the most vulnerable and intimate she’s been with anyone when she’s with a near-stranger.

It honestly feels more like the show needed something dramatic to raise the stakes in its penultimate episode. Camille not only getting caught by Chief Vickery in a compromising position with the prime suspect in the murder case she’s investigating, but then getting caught near en flagrante by her pseudo boyfriend, comes off like cheesy soap opera catnip. There’s nothing wrong with cheesy soap opera catnip, but it’s a far stretch from the liminal, severe tone that Sharp Objects seems to want to strike, which makes the whole escapade seem discordant.

Still, it points us in the direction of Camille being at her wits end, having been shamed by the police officer who’s aligned with her mother and rejected by the man who seemed to harbor genuine affection for her (despite creepily violating her privacy by digging up medical stuff about her). In that moment, burnished by the same revelation of what happened to her sister, and reinforced by a desperate phone call to her editor and quasi-father figure, she seems messed up enough to do something extreme.

Could that mean killing her own mother? Could that mean blaming her for the deaths of those girls? The flashes that Camille sees -- of Adora as the woman in white, of Amma as some sacrificial lamb, of the dark things lurking behind the walls of the home Adora made in both real life and in miniature -- suggest that’s the reckoning we’re heading toward. But Camille’s flashes of premonition have been wrong in the past, and it feels like Sharp Objects has at least one good twist left in it.

Still, what we know of Adora’s deeds suggests she’s worthy of some punishment, some justice, whether she or John Keene is the real culprit of the recent killings. It’s just a shame that the show had to contort Camille’s character and convenience to get her to the point where she’d realize that. 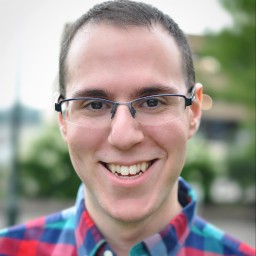 Better than the previous ep. I liked Camille's scenes with the murder suspect dude. I thought it was sweet. There's something nice about two people being totally honest with each other, admitting how fucked up they are. I liked the fight she has with the detective after as well. I have to be honest I have no clue what's going on with Jackie and Adora and the medical records. So Adora is more fucked up than we thought? And she purposefully made her daughter sick...? Or something...? And Jackie knew...? And this means Adora is the killer...? I don't really get it...

After Camille talking with her mother there was a reflection in the bathroom door mirror of a little girl in her nightgown. That was freaky.

That conversation of people who can not overcome the death of a loved one, I was imagining it, although I hoped it was not true