Why are we touched by the interactions between digitized paper cutouts? Is it the soft-hearted piano ballads? Is it the montage of people expressing affection and heartbreak? Is it two characters, thinly drawn though they may be, coming together as friends, even if they're not what everyone thinks they are? How can a show known for its puerile sense of humor, one that has a cherub peeing in people's mouths this very episode, still be so affecting?

I don't know that I have the answer. I do know that South Park has leaned in this direction more often in recent years, from the melancholy finale of "You're Getting Old", to last season's speech from Sharon about what Lorde means to people, to Kenny giving his sister a doll with the money he made working at the City Wok. There's been an intermittent but palpable strain of emotion, maybe even sentimentality running through South Park lately, and I'm not sure I understand where it came from.

But maybe that's the point of the episode. No one in this episode seems to understand what Yaoi is or why it's done, least of all Tweek and Craig. Craig's dad struggles to understand why his son is (he thinks) gay. Even Randy, who is as supportive as his PC-ness demands, is masking the fact that he has no idea what's happening. But at the end of the day, they all view what's happening as based on love, and they support it even though they don't really understand it.

Craig's dad's speech to his son is one of the more touching moments South Park's produced in its 19-year run. And the thrust of it is that even though Craig's supposed sexual orientation makes Craig's dad uncomfortable, he loves his son, and that means he wants to support him, whatever that means and however Craig got to that point. It's a beautiful sentiment, and in an episode that ends with Cartman pleasuring himself to the thought of sex with his cupid equivalent, it's a surprisingly poignant and effective message about acceptance and love, even in the face of things that confuse us or make us uncomfortable.

Is it just me or are the episodes getting funnier this season!? This episode was nuts. Literally.

"Wow. Our town has only had a Whole Foods for 3 weeks and we already have our first gay kids. So cool."

I'd been waiting for an episode like this for years and it was PERFECT. It was the ultimate satire of yaoi, the fangirls, and the impossibly PC American culture where just being gay gives you a free pass for acting like a jerk ("we're not gonna give them detention because they're gay and we're being supportive") and apparently also gives you free money (lol)*. I specially liked how it touched the subject of how creepy the whole thing is, you know, getting off to strangers' private lives because they happen to be gay and watching them like a voyeur. It's also creepy when it's about fictional children, btw.

The song choices were hilarious. I can totally picture some teenage girl listening to those tracks while she writes yaoi at a Starbucks or something. Of course, nothing tops the final scene with Cartman jacking off to the fantasy sex with Cupid Me. I thought, "no they didn't just go there" and laughed my ass off. Then Mrs Cartman goes "he's SO gay" all cheerily. Everyone in that town is so progressive now it's like they WANT the kids to be gay even if they're actually straight (Craig: "But I'm not [gay]!", PC Principal: "That is completely irrelevant").

*I suspect this is the reason Tweek and Craig ultimately chose to act gay. 100 bucks is a lot of money for a kid, dude. 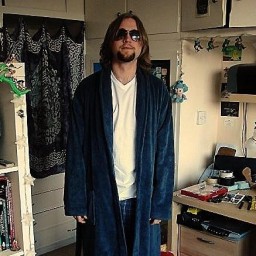 As a fan of yaoi, I really like this episode's satire.

BEST SOUTH PARK EPISODE IN A WHILE I AM SO HAPPY WITH IT!!!

Not enough lewd shota action (╥﹏╥)! Still a surprising amount of submissions given the short time.