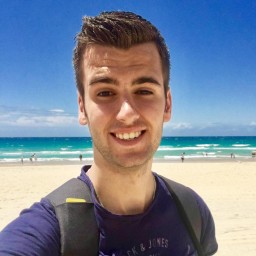 I can't be the only one who sees the irony in a company like Amazon being the producer of this show.

I feel bad hating on such a small detail, but as a native French speaker, when both of those guys were supposedly speaking french it was super hard to understand them.

Why the fuck would you rate something which is still not aired 8? Its a stupid thing too but i kinda get the 1 and 10.(haters and big fans) But 8? I mean why?

Antony Starr does a fantastic job of making me feel totally uneasy in all his scenes.

Glad to see that Giancarlo Esposito is still an untouchable son of a bitch! Finally, someone to put Homelander in his place!

I laughed really hard when I saw at the end credits that Jim Beaver's character is named Robert Singer!
(maybe he appeared in season 1 as well? I really don't remember)
Thank you Eric Kripke

"le petit hughie" is annoying in this episode. The character of hugh
almost made me want to quit watching the rest of this show

I really needed someone to lay Homelander across their lap and smack the shit out of that ass. I'm hoping this will happen a lot more in the future.

Picks up right where it left off in terms of fucking awesomeness. God, I love this show.

Great opening to season 2, I’m ready for a great ride! 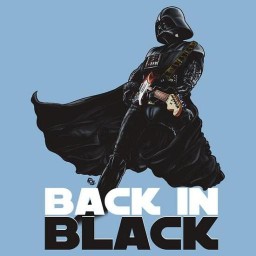 Was kinda hoping they would recast Laz Alonso as Mother's Milk for this season.

Since you know, he's shit at acting and stands out like a sore thumb compared to the rest of the cast.

Either before or after watching this check out the short film Butcher.

The boys are back baby!!!! TBH I don't really care about deep's storyline..but yeah everything else was fucking awesome

They should really learn from The Office about making the main character of your show no likable. Butcher history it's just boring and the character never develops, even after last seasons ending.

Karl Urban pulls off the worst British accent I've ever heard in the show. It's so bad it took me some time to realise that's what he was aiming for. (I'm British)

And we have a go!
Damm, I missed the show.

Time for Deep to go deep in to therapy..
Knee deep

I would be pissed we only getting 3 episodes but it’s just so good I don’t care, season 2 looking just as good as season 1

Is it just me, or does anyone else need to turn captions on once Frenchie starts talking?

This was a slow start to the season. I can understand why some people may rate it around average or lower. But there's something about this show that's still super entertaining, even if you'd give an episode a lower rating than most people would. At the same time, I do think that giving an episode, specifically this one, a high rating is a little premature and ridiculous.

Of course, as I said, something about this show is present, in that episodes of which you'd give a lower rating are still pretty damn good, like this one. I think this premiere was a slow one and focused a lot on establishing starting points for the season. Something that all premieres do, I'd imagine. And I think it'll take a few more episodes for this season and what it's going to be about to sink in, including this episode. For me, at least.

As always, The Deep is great comic relief. I think his scenes in this episode alone were way more entertaining than all of his comic relief-ish scenes in the first season. And this is just the premiere of this season. I'm sure there will be more scenes like that in the following episodes, and I must say: I'm looking forward to them. Of course, even the scenes that are comic relief with him are almost too comical in the sense that it's depressing. But probably not as depressing/depressed as he feels. Sorry but not sorry, Deep.

And I feel like this plotline of his with Eagle the Archer and this Carol person is a little off. It just seems weird, you know? And what's with the Fresca's? Am I the only one who had the thought that The Deep was drugged with them? The second time he was handed one of them came across as a little bit weird. When The Deep woke up from his nap ─ I was getting weird vibes, all-around. Maybe there's nothing more to the Fresca thing, and it'll be a running gag throughout the season and/or some kind of meta-joke that I'm just not getting.

It seems likely that The Deep is going to be exploited by Carol ─ more specifically, the church that she's seemingly apart of, The Church of the Collective. Or was that just the title of the book and not referencing an actual church in the show? That seems to be the route the plotline is heading towards. I can't think of any theories as to what the church wants with him or what they're probably already doing with Eagle the Archer. But I think that something with that whole thing is afoot. That much is apparent. I'll have to wait and see.

Right off the bat, Stan seems to be a powerful force, one to be reckoned with. That was shown with how he handled Homelander, someone who you'd expect would come out on top in scenarios like that. Speaking of which, I'm fairly certain, and I'm guessing that he is going to be the show's equivalent of James Stillwell in the comics since Madelyn was the show's female version of him.

I still haven't finished read through all the comics, but I remember that James seemed to be the "true villain," so to speak. Homelander always listened to him, I think, among other signs and aspects that made him come across as "scarier." I think he could've been scared of James as well, somewhat. And while Homelander isn't as smart and cunning or as scary as in the show, I have a feeling that he ended up killing James in the comics. That's just a theory because, as I said, I haven't finished reading the comics. But if I'm right ─ hell, even if I'm wrong, that should be more likely to happen in the show since Homelander is smart, cunning, scary, that sort of thing, unlike in the comics, to an extent.

Therefore, I think the show wants you to be wary of Stan, warier of him than of Homelander. It wants you to think that he's the one to pay attention to because he put Homelander in check and is capable of doing it again. It wants you to be scared of him, and so on, because that will make it all the more shocking and surprising when Homelander ends up killing him. And that will elevate Homelander even more, of course. Referencing one of Walter White's quotes in the fifth season, I think Stan is going to "fly too close to the sun" with Homelander at some point in this season.

As I said in the beginning, this was a slow start to the season, which is why I am not giving as high of a rating to it as a lot of people would, I'd imagine. At the same time, that isn't necessarily that important. I was still very entertained while watching this premiere. Of course, it'll take a couple more episodes for me to get sucked into this season, like with every other show/season, pretty much. Other than that, I'm looking forward to what this season has in store, and I'm looking forward to watching all the following episodes.

Super start to the Supe-ology

This is a solid start to season two, doing a decent job of recapping season one and setting the new table. And from there, it only gets better...and more grisly. Heh.

And thus the chase begins

Good start! Excited to see what Aya Cash's character will be like!

This show goes lethal here and we find more of the boys plan vs vought and the seven and interesting stuff with billy coming soon.

if only this episode was 40 minutes long!