2x03 Over the Hill With the Swords of a Thousand Men

Poor whale man.... wish there were more episodes. I knew storm front was a bitch but I didn’t expect her to be as evil as homelander, woah. 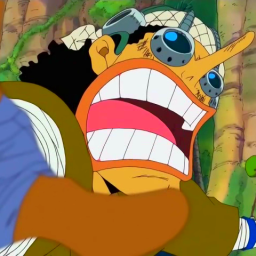 Stormfront is all about female empowerment but also a sadistic racist? Damn. This show really isn't afraid of anything and I love it xD Can't wait for the moment she gets killed by Kimiko.

Stormfront is a bigger cunt than homelander.

Thought I couldn't hate anyone in this show more than I hate Homelander, then Stormfront shows up...

The most obvious best part in the episode is of course Stormfront. The show doesn't pull punches. Stormfront makes a really good portrayal of today libertarianism: social media savvy, all about women empowerment a la Sophia Amoruso's "Girlboss", but does not care with the have nots, and is extremely prejudiced towards marginalized groups (e.g. ethnic minorities). Casting a female Stormfront (instead of a male one like in the comics) is a good touch as it highlights the point that without class or racial sensitivities, you'd get people that talk of empowerment as long as it only benefits them.

However there is another part, a slightly minor scene in the big move that drives the plot forward. When it is revealed that Starlight successfully leaks Compound V to the media, A-Train confronts her. She justifies her action: "there is much more than having good cars, houses, etc" (the things possible when the supes rose into stardom). Disappointed, A-Train cut her short, "the only people who say that are the people who grew up with money."

This short conversation shows what The Boys can do best: nuance. A-Train might be a jerk, but he too is a victim of the system. Like the blacks Stormfront murdered later in the episode, A-Train came from lower class background. His supe power helped him to climb the socioeconomic ladder, being an athlete in place of his brother and of course being a part of The Seven. This is in contrast to Starlight, who was raised by relatively affluent mother - who was obsessed with getting her child into stardom herself - always in spotlight and sufficient wealth since a young age. Starlight yearns for a meaningful life; A-Train desires a luxurious life he never got before his rise to supehero status.

A-Train was introduced as a jerk, no-good drug abuser; but after the anticlimactic conclusion in S1, with limited screen time he's been having in S2, we are shown more layers to A-Train's perspective. The show does this sort of nuance well with Maeve too.

The only obviously antagonist in the last episode is Homelander - as he went into more a narcissitic, mentally unstable character that may explode at any given time. But I hope even with his unpredictable deranged action we can still see the way he handles conflicting expectations he will face in the following episodes, esp. with the appearance of Stormfront, like when we saw him juggling between his individuality and personal branding in S1.

I’m disgusted every time Homelander drinks milk now. And it has nothing to do with the fact that I’m vegan. It’s just the way he drinks it... since the baby bottle in episode 1 :face_vomiting:

When Kimiko kills Stormfront I'm going to enjoy it SO much.

And here I thought Homelander would be in love...

This season finally picked up the pace!

It's become a slave of its own shtick; everyone's a fuck...either a sociopathic, evil, dick-tard, or a sniveling, bipolar, whine bag, "twat". Problem that creates is the absence of a true protagonist, someone you truly root for. Closest person left is Kimiko. Otherwise, I don't really give a flying fish dick what happens to the rest. I'll keep watching, but wish it was better.

The most lethal episode and wow an emotional-action filled one and enter Stormfront.

The sets and special effects were so amazing in this one. Panning up the building and just watching as it and the people inside get destroyed by Stormfront. And the whale!! I loved Hughie just sitting inside of it in shock thinking 'there is no lower point than this Homelander just come kill me' and everyone climbing inside to talk him out of it it was funny and crazy bizarre but dark.

And we thought Homelander was a problem

What’s up with Hollywood’s love fest with Hamilton? WTF! That was one crappy ass play. It’s like the writers want to constantly suck Lin-Manuel Miranda’s dick.

I swear no other show can do gross as well as this show does.

This was The Boys' "jump the shark" moment.

WOOOOW!
I knew stormfront was gonna be the worst of the worst, the other 5 of them were brought in by a marketing team, while mr edgar personally selected her, that says it all!!!!!! I can’t wait till Kimiko gets her sweet revenge!
And can we take a moment to focus on black noir??? He was crying in the hallway after finding out the truth, I wanna see more of him!!
And the show is so good BUT they literally skip crucial moments! Like when did Starlight blew the whistle?? How?! Through a reporter? That imaginary reporter could’ve been a character! Did she go to the cnn offices and was like helloooo i have something to share?
And I can’t wait til homelander jr destroys homelander sr!!!

Just in case anyone needed another reminder of why The Deep simply CANNOT be entrusted with the welfare of an aquatic mammal...

I like how little fish is trying to become a better man. I’m growing to like him.
Poor Lucy, but what were you thinking, putting her in that position, Deep?!

But Stormfront, holy fuck. I thought she was cool. She’s fucking messed up omg. I mean it might be good in order to get rid of Homelander, I can see how she might become the new lead. She’s effective. But... she wouldn’t be much better. Yikes. 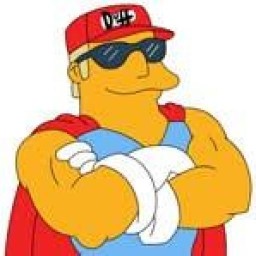 I knew Stormfront was a load of bollocks

The moment of Stormfront stealing the spotlight from Homelander and how he is sparing her life in the benefit is brutal, my doubt is, who will finish her off first Homelander or Kimiko / The Female?

Now they got white supremacists in this now? Gee this show doesn’t hold back. But then again I’ve heard the comics are way crazier

Well, this episode was an improvement compared to the previous episode, specifically, and also the premiere. That's good. I was a little worried it was going to take a few more episodes for the season to start picking up.

But I feel like I don't "care" about what's happening. I care about some of the characters, I guess, but I don't care about what's going on. Hopefully, that doesn't become much of a problem, as it isn't one at the moment. Other than that, I'm continuing to be entertained.

The person that Grace name-dropped ━ Liberty ━ might be important in the future. I wonder if that person is the one who blew up Susan's head in the premiere. That's the theory that came to mind. Or maybe that isn't the case, but that person is someone significant from the comics. I can't quite recall someone by that name, although I didn't get that far into it before I stopped and so much time ended up passing. That name-drop could've been nothing more to someone who hasn't read the comics, while also a reference that tells a lot more to someone who has.

I feel like that's not the case, though ─ that Liberty is the one who blew up Susan's head. I think that it's more likely to be Stormfront who did that. Susan was getting close to something, and Stormfront was brought into the mix by Stan himself. I feel like those two things give this theory some substance. Plus, her electrokinesis powers seem to be perfect for making someone's head blow up, you know? But if that were the case, purple electricity would've been visible, or at least I think so. But I guess she could be able to do it to an extent where it wouldn't be visible but still be powerful enough to, well, blow someone's head up.

Speaking of Stormfront, this is the episode that I've seen be referenced. The episode that would change the minds of people who liked her in the previous two episodes or didn't think she was that bad. Based on comments like that, which include other details, I figured there was going to be this huge reveal that brought all those details to light, brightly. I mean, those comments could be coming from a perspective of already having watched the entire season, and other things happened beyond this episode.

But after having watched this episode, I was a little disappointed. I guess I was expecting a much bigger "oomph" to it. Yeah, she's "bad" like everyone else that has powers, minus Annie. How shocking. Haha, get it? Shocking? There are probably going to be other moments in the following episodes that highlight her true nature, so maybe some of them are more in-line with some of the comments and details that I've seen regarding her. Still, I don't think I'll care. Some people overreact and take a lot of things way too seriously.

Well, anyway, while I do think this episode was a bit slow, like the previous two episodes, understandably and not that big of a deal, as we're still at the beginning of the season ─ I think it was mostly slow but picked up a lot after the half-way point. When the plotline with The Boys was interrupted by the police helicopter, that's when the episode became entertaining. And when The Deep came swimming through with his entourage of sharks, and Lucy ─ RIP, Lucy ─ that's when the episode became worthwhile. Other than that, it was decent enough, but I'll probably forget everything that happened before the police helicopter showed up very easily.

Stormfront killed/injured those innocent civilians! I so wished for her to get punished by Homelander!

This show never fucks around and that's why I love it